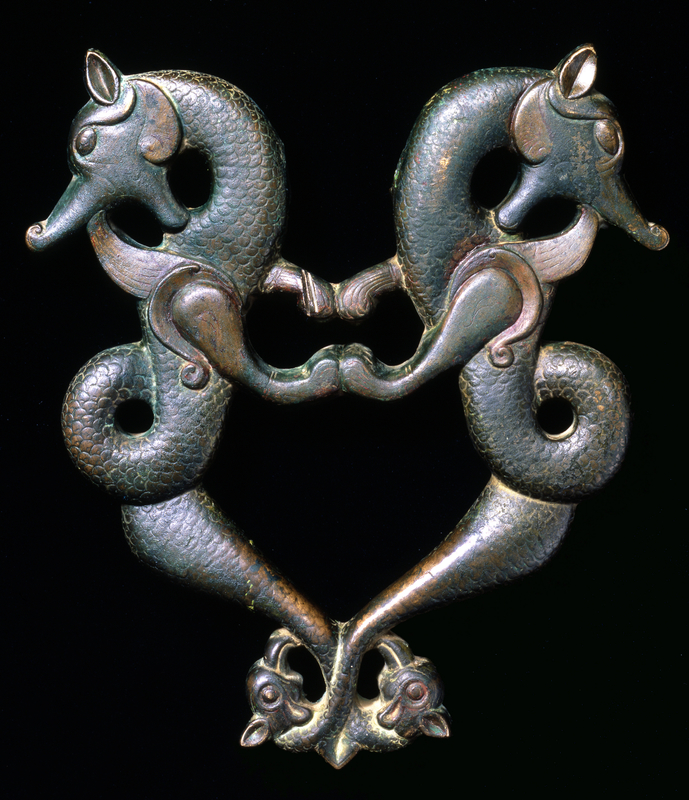 This door handle comes from the Ulu Jami, the main mosque in Cizre. Between the necks of the dragons there was originally a spike with a lion’s head, as seen on the door’s other handle, which is now in Istanbul. This piece has been newly restored and has a golden shine, while the door handle in the David Collection has retained its 800-year-old patina.

The mechanical genius al-Jazari installed similar door handles in the palace in nearby Diyarbakir, and paired dragons are often found on doors, over gateways, and engraved on utility ware in the province of Jazira – even on an Artuqid coin from Diyarbakir.

Unlike their Persian and European counterparts, Chinese and Turkish dragons are generally positive symbols, and the beautiful door handle was undoubtedly intended to ward off evil.