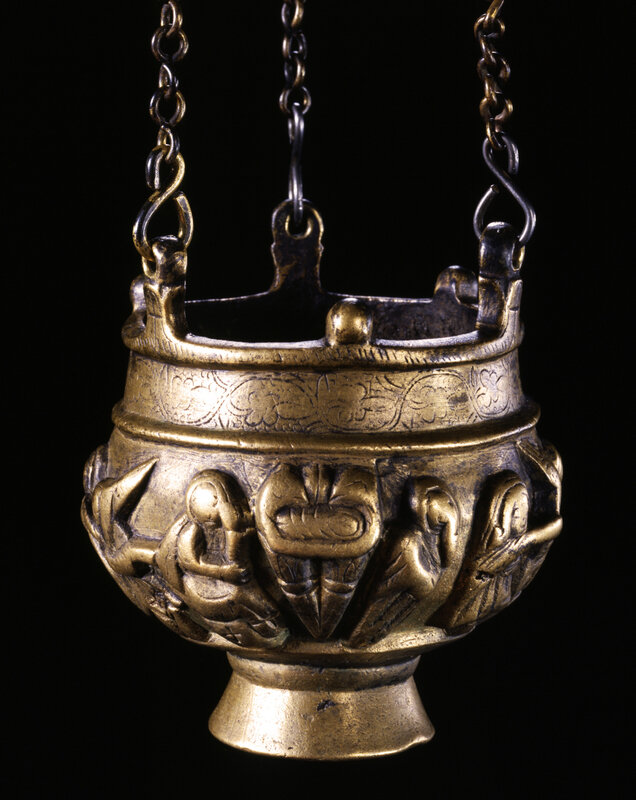 In the first centuries after the hijra, the Muslims conquered extensive territories inhabited by Jews and Christians. They were largely allowed to live in peace and to keep and practice their religions as long as they paid poll taxes to the Muslim authorities.

The Christian incense burner – with quite primitive depictions in relief of the Annunciation, Christ’s birth and baptism, the Crucifixion, and the tomb of Christ – belongs to a group that is normally ascribed to the Syrian and Palestinian area. This attribution is further confirmed by the unique inscription in early Kufi that can be translated as follows: “In the name of Allah (God), made by Yaqub, son of Ishaq from Damascus.”