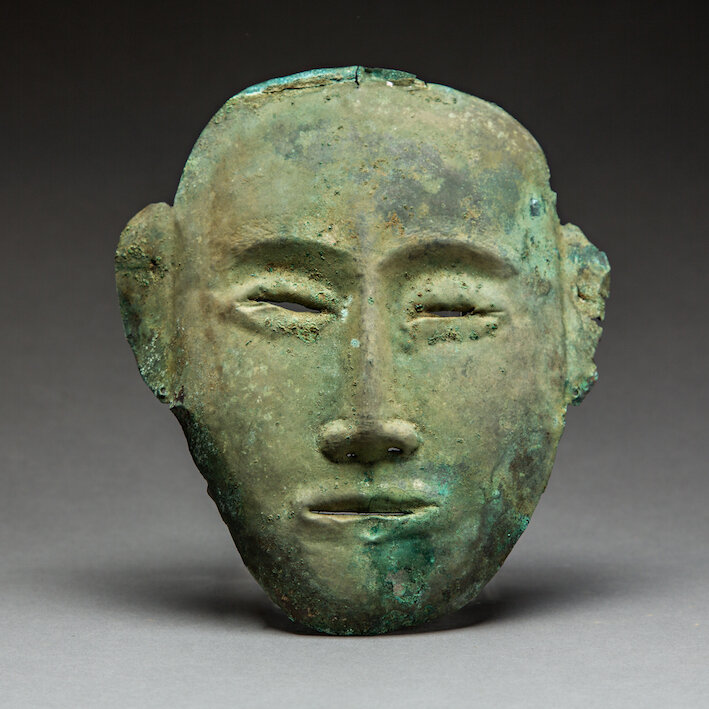 The Liao Dynasty was founded by nomadic Qidan tribesmen, possibly an offspring of the 5th century Xianbei people, in 907 A.D. At its height, Liao territory comprised much of modern Manchuria, Mongolia and the northeastern corner of China. After the establishment of the Song Dynasty in 960 A.D., a border war between the two dynasties ensued. After a series of decisive victories, the Liao armies began to approach the Song capital when a compromise was reached recognizing the authority of the Liao in parts of northern China. An annual tribute to the Liao was agreed upon and a period of peace and stability between the two Dynasties followed. Commercial and cultural links forged during this year exposed the Liao to many influential Chinese customs. However, the Liao maintained many of their native traditions. The Liao Dynasty came to an end after one of their subjects, the Juchen tribe, rose up with the aid of the Song, overthrew their masters and established the Jin Dynasty in 1125 A.D.

Preservation of the physical remains of the deceased was a central focus of the funerary rites of the Liao. The corpse served as a sanctuary for the spirit of the dead and was carefully preserved for post-mortem immortality in the afterlife. To achieve this goal, the tomb’s occupant was encased in a metal-mesh vest, his feet covered with metal boots and his face covered with a metal sheet mask, which according to the rank, could range from bronze to silver and gold. Indeed, the same custom of placing a face mask over the dead represented a long-standing tradition among the nomadic tribes inhabiting the borderland of northern China, since the Bronze Age period, influenced by similar practices in ethnic groups from north and north-east Asia such as the Scythians, and was later enriched with Daoist and Buddhist religious connotations.

One of the richest tombs yielding beautiful gold masks, similar to the one here illustrated, belonged to Princess Chen and her consort. One of the fewest unspoiled Liao burials to date, Princess Chen’s tomb was unearthed in 1986 at Qinglongshan, Naiman Qi in Inner Mongolia. It was indeed a very elaborate burial that could have only been afforded by the wealthy elite. Still it provides an unparallel account on Qidan burial practice. According to Qidan customs, the deceased was placed in the rear chamber on a painted brick pedestal (guanchuang) without a coffin, the top of the pedestal paved with cypress slips and covered by a canopied textile curtain. The wooden interior of the rear chamber probably imitated the traditional felt yurt of the Qidan people, while the masks and silver-meshes covered the corpse, further ornamented with jades, ambers and beautiful silk kesi textiles.

Our mask, instead, was made of thin bronze metal sheet, repoussed into shape, and later gilded, and possibly belonged to an official of middle rank. The facial features of the mask are simple yet hauntingly evocative: prominent arched brows meet at the bridge of the inverted T-shaped nose. The eyes are narrow, as if squinting, the mouth rigid and tense. Judging from the archaeological evidence, also this mask –like those found in Princess Chen’s tomb- would have been placed on the face of the deceased and ornamented further with colourful fabrics and personal accessories, now lost forever.