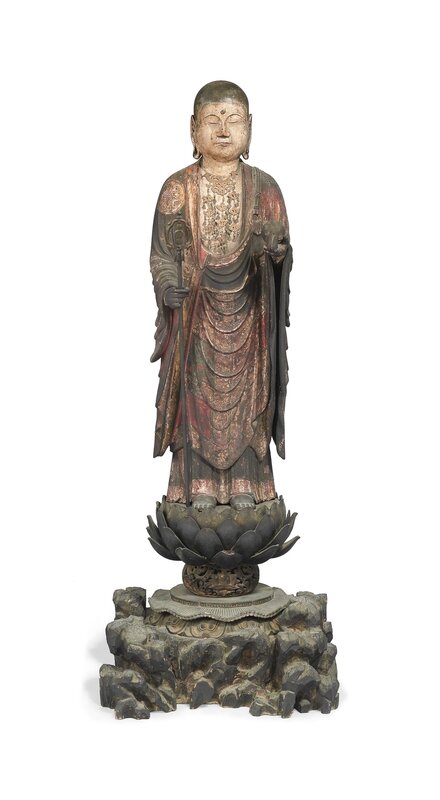 Carved and assembled from cyprus wood, of hollow construction (Yosegi-zukuri), holding the hoju [treasure jewel] and shakujo [staff], applied with coloured pigments, on wood stand carved as a lotus flower.

Note: Jizo Bosatsu (the Bodhisattva Ksitigarbha) a merciful figure who alone among Buddhist deities moves through the six worlds of illusion in his role of saving all sentient beings. As in this example he is usually depicted as a monk with the hoju [treasure jewel] and shakujo, a staff with a finial of rings which jingle to warn small creatures of his approaching footfalls.

This figure is made of hollow construction formed of several components fitted together (yosegi-zukuri), and with crystal eyes fitted from behind the face in the method introduced during the Kamakura period.