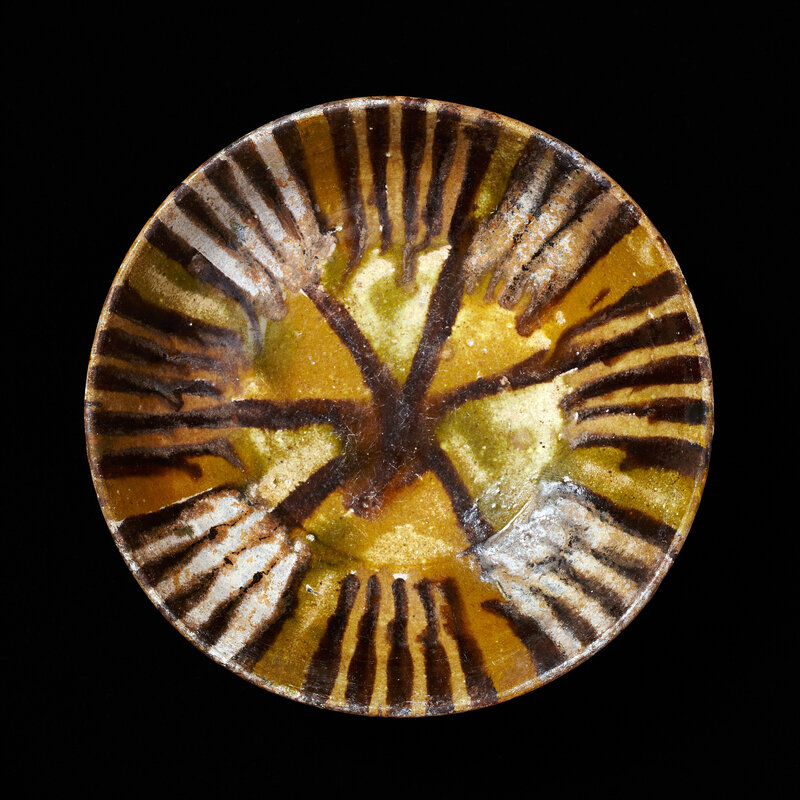 The bowl’s manganese lines form a radial pattern that also separates the green and yellow sections. This is quite a simple type of decoration that was widespread in the 9th-11th century from Nishapur and Susa in Iran to Fayyum and Fustat in Egypt.

This bowl is most closely related to the Egyptian pieces that are traditionally termed the Fayyum type. Bowls of this kind were not only prized in their day in the Islamic world.

A similar Egyptian bowl was used as a decoration on the Pomposa Abbey’s bell tower (1063-1066) in northern Italy.