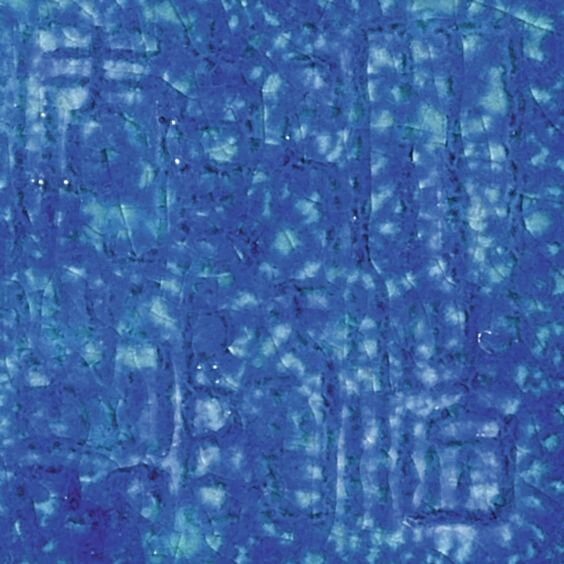 the ovoid body supported on a straight foot and rising to a short waisted neck, applied with two flat vase-shaped mock handles, brightly covered with an opaque turquoise-blue glaze of robin's-egg type suffused overall with a finely mottled dark purplish blue, the base incised with a six-character reign mark all beneath the glaze, the unglazed foot dressed in a dark brown wash, wood stand.

Note: This so-called 'lantern' shape, with its unusual vase-shaped flanges on either side, originated in the Yongzheng period, when it was made with guan-type and ge-type glazes, but in the Qianlong period it became a characteristic form for the robin's-egg glaze; compare two Yongzheng examples in the Palace Museum, Beijing, illustrated in Geng Baochang, ed., Gugong Bowuyuan cang Qingdai yuyao ciqi [Qing porcelains from the Imperial kilns preserved in the Palace Museum], Beijing, 2005, pls. 174 and 206.  Compare also a similar vase sold in these rooms, 4th April 2012, lot 6, from the Meiyintang collection.