the deep flaring sides rising from a flat base to an everted gilt keyfret rim, decorated to the interior with brightly enamelled carp, small fish, toads and crustaceans swimming amidst aquatic plants, all reserved against a rich turquoise-blue ground, the exterior decorated with a herd of deer and a flock of cranes in a rocky landscape, the base with florets reserved on a rich dark-blue ground.

Note: né enamel during the Qianlong period (r. 1736-1795). During his reign, the palette was expanded to more than twenty opaque colours, enabling craftsmen to compose lavish and visually appealing designs, as seen on the present vessel. The clever use of the gilt bronze cloisons in depicting the waters and clouds endows a further sense of lavishness while emphasising the lively movements of the brightly enamelled fish. 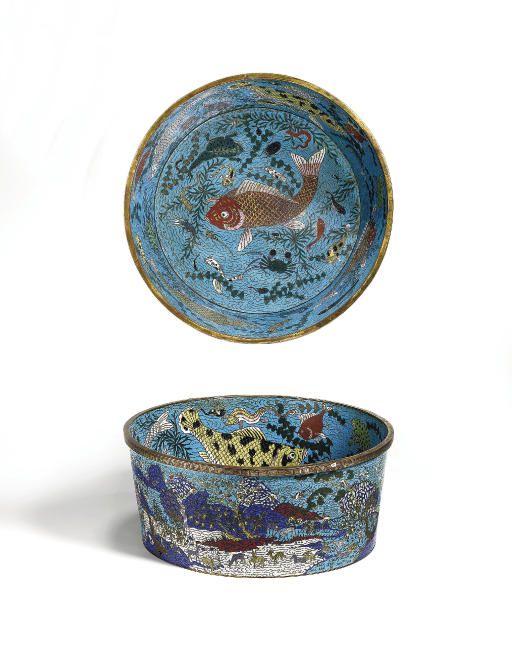 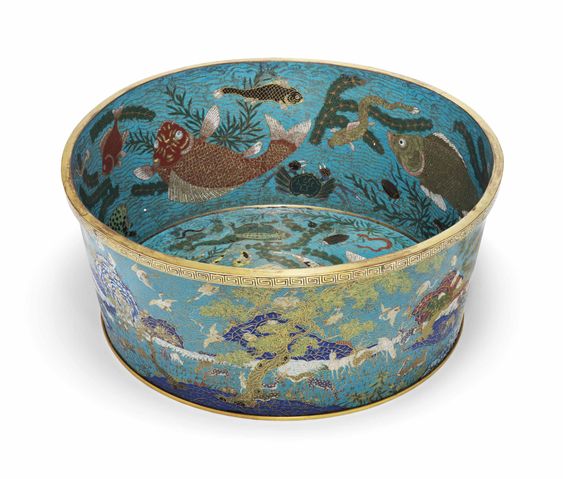 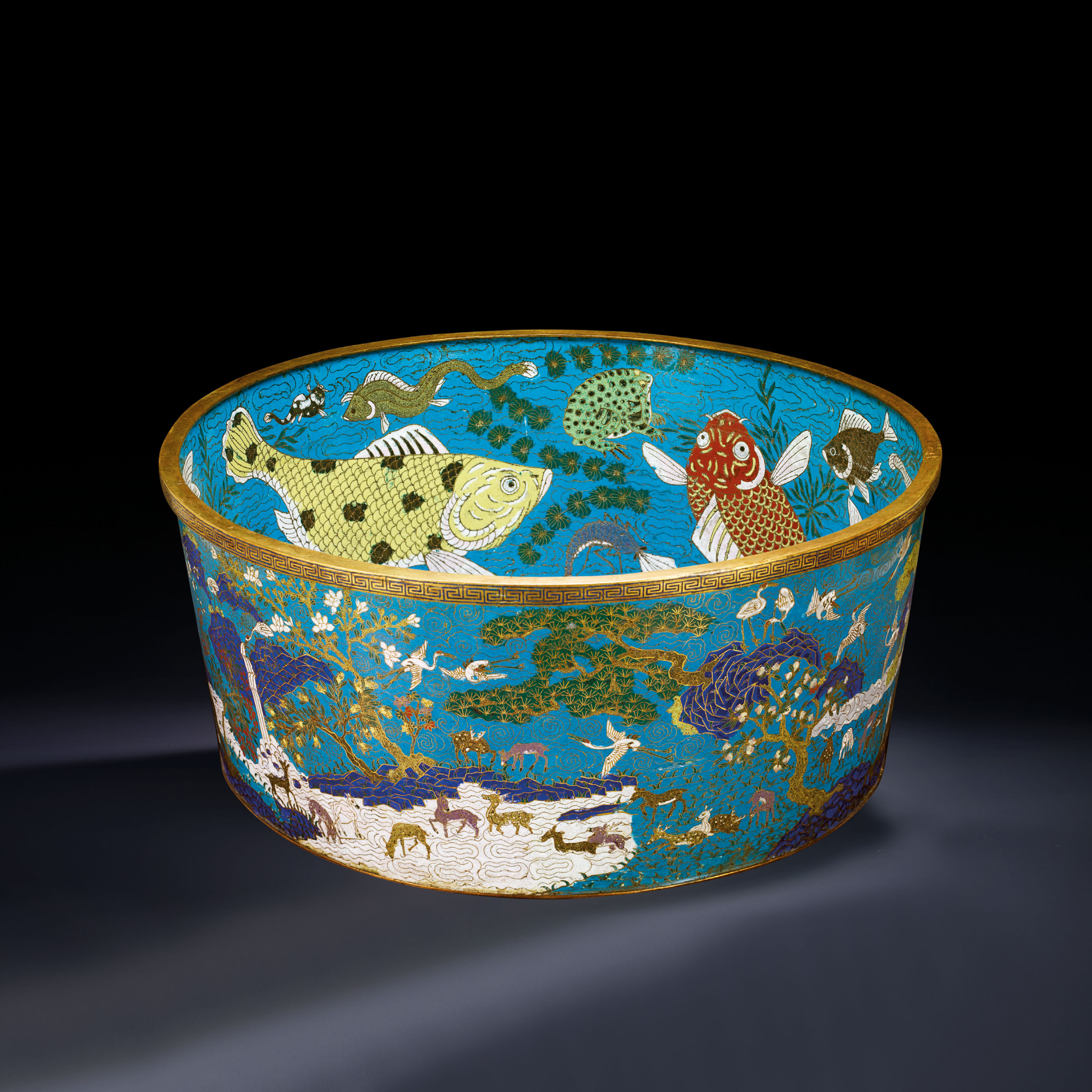 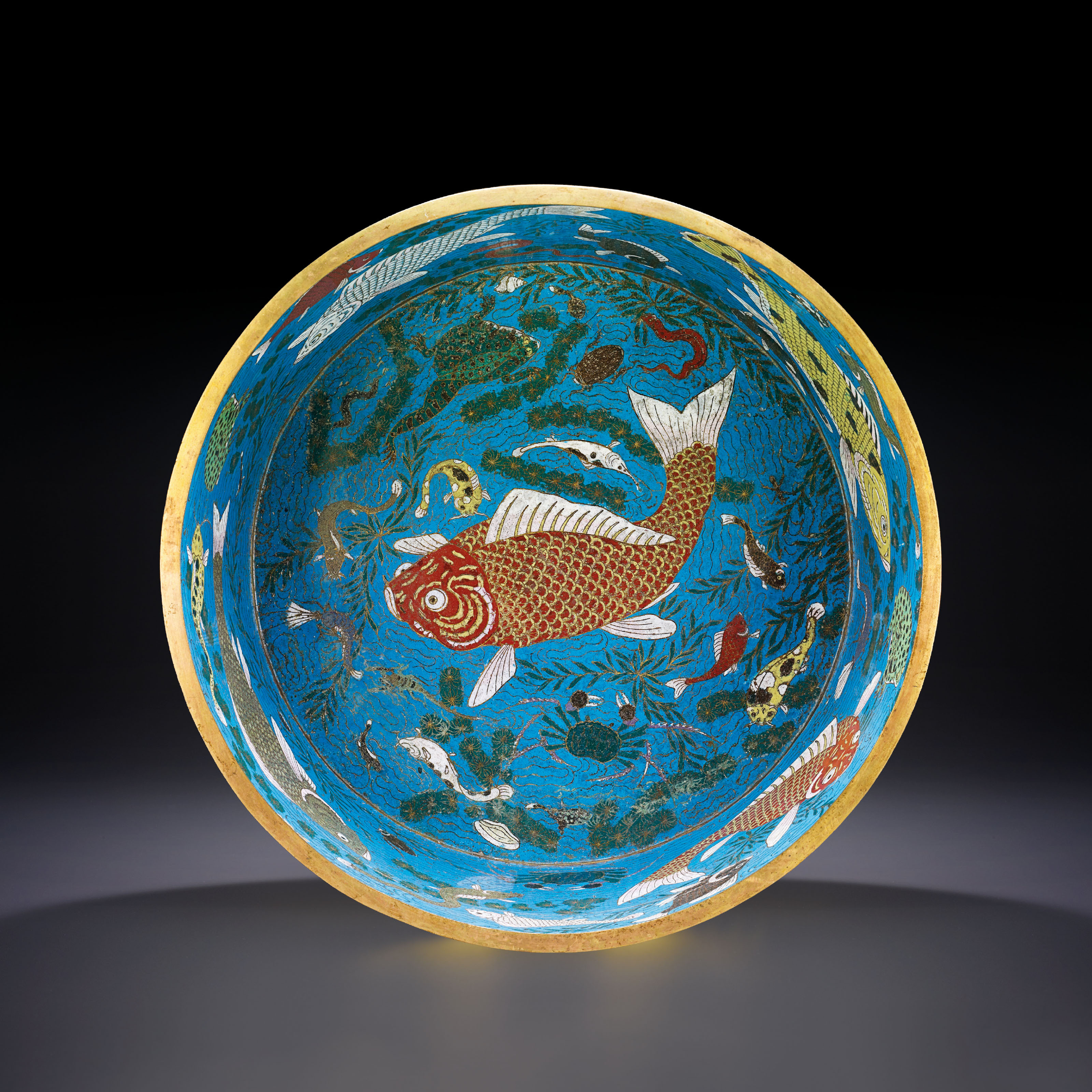 The dazzling scenes on the present vessel are rich in auspicious symbolism. The idyllic landscapes on the exterior depicting cranes (lu), deer (he), and gnarled pine trees, all popular emblems of long life, create the phrase helu tongchun (May husband and wife enjoy longevity together); while the interior scene of boldly coloured fish (yu), a symbol of abundance, swimming in water (shui) form the rebus yushui hexie (May you be as harmonious as fish and water).