The animals came in two-by-two for Bonhams Antiquities Sale

The animals came in two-by-two for Bonhams Antiquities Sale

Leading the menagerie is a charming Egyptian painted wood model of a bull, Middle Kingdom, circa 2025-1700 B.C. Estimate £10,000-15,000. Cattle were integral to the Egyptian economy and their ownership was considered a sign of high social standing among Egyptian farmers. 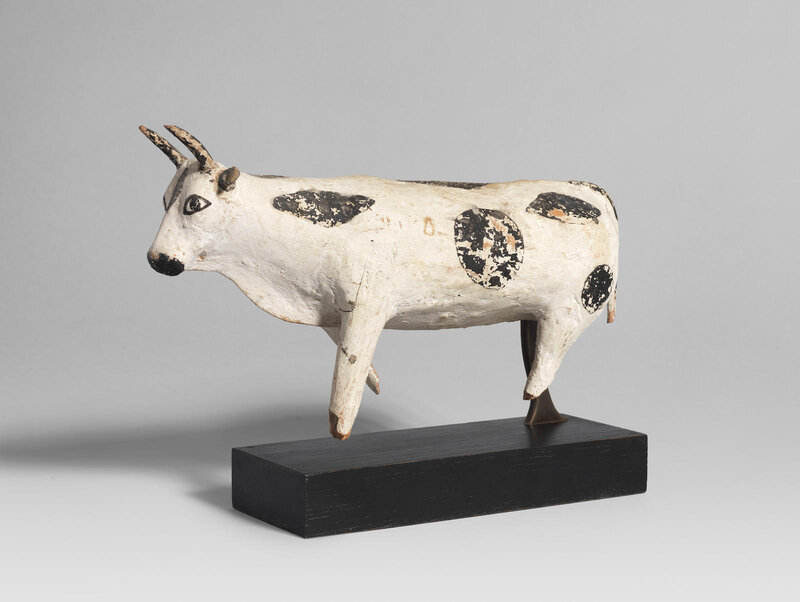 Other notable animal works in the sale include: The chariot with four large flat disc wheels, the rectangular cart with wire balustrades and a long shaft connected to the yokes of the two oxen, the animals with elongated bodies, long curving horns, wide muzzles and incised eyes. With cream slip details, the large rimmed eye with incised eyelashes and recessed oval pupil, part of a nose ring arched between the pierced nostrils linked to an incised cream-coloured halter, the forehead with bands of hatched and stippled decoration.

This example is highly decorated; with cream slip details, a large rimmed eye and a nose ring arched between the pierced nostrils. 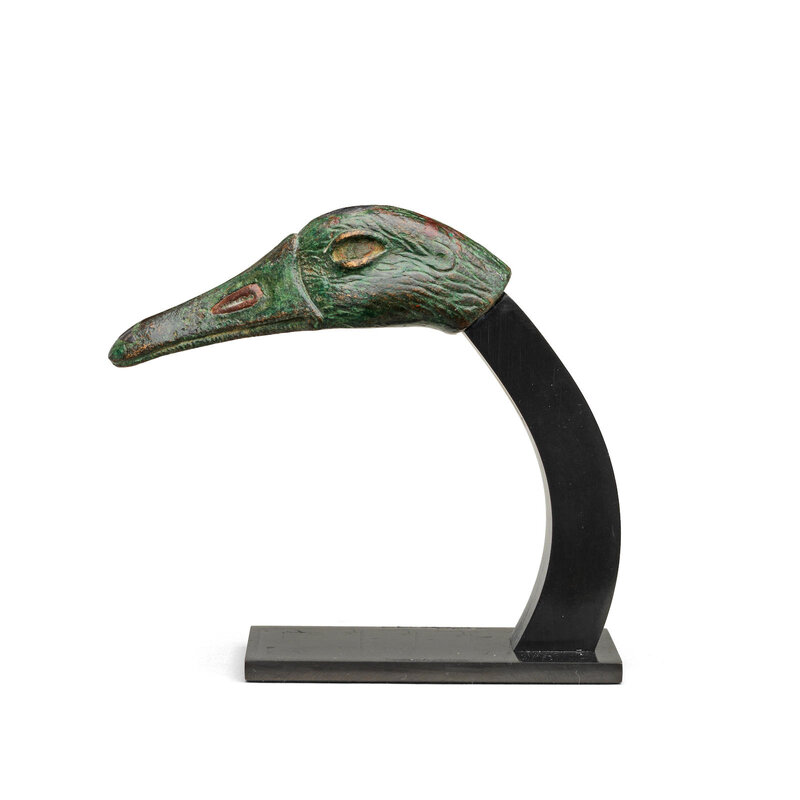 The curved head with finely incised feather details, the eyes recessed for inlay, the slender beak with ovoid nostrils. Elephant designs were heavily used in the visual arts during the Roman period, and this protome was likely used to adorn a piece of furniture. Depicting a fight between a Greek warrior and an Amazon, the warrior wearing helmet and cuirass, a cloak floating behind, holding shield and spear, the Amazon holding spear and pelta, a horse behind her, a band of meander below, large palmette on the back, rosettes on the shoulder, rays and a band of tongues on the neck, two moulded Silenus masks on the handle where it attaches to the body, with details in added yellow and white. 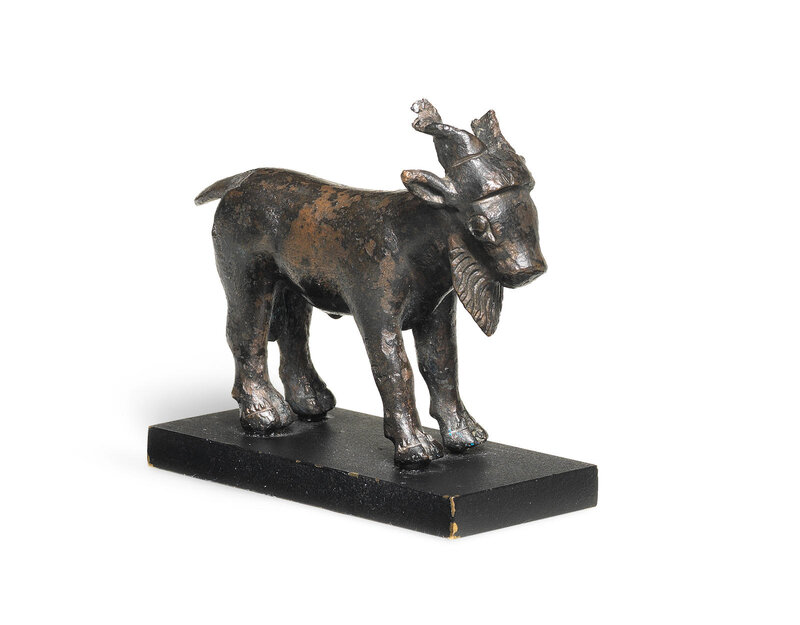 Comprising a pair with a winged Eros wearing a crossband, the figure curved at the waist, his feet resting on a square plinth, the hoop soldered at the back; and another with a protome of a horse attached to a twisted hoop.

Bonhams Head of Antiquities Francesca Hickin said, ‘The ancient world was teeming with animals. They were sources of food and labour, feared as predators, beloved as domestic pets, and, of course, worshipped as gods by the ancient Egyptians. The wide selection of animals in our sale has a huge temporal and geographical span, from the Hittite Kingdom of the 2nd Millennium B.C. to the Roman Empire of the 2nd Century A.D. Then, as now, these artworks delight and amuse anyone with a reverence for the animal kingdom.’ Wearing a bag wig falling behind large ears, the oval face with large almond-shaped eyes and full mouth, the outer corners dimpled, the underside of the jowls and neck fleshy, the rectangular back pillar extending to the middle of the wig, the inscription of which has been removed, probably in antiquity. Carved in low reliefwith tall stemmed papyrus plants, with three tiers of umbels, a duck depicted flying with outstretched wings, diving towards its nest, the corner visible on the left. Depicting two golden orioles in flight, showing the upward and downward beat of their wings, some incised foliage visible in the top right corner. Finely carved in reliefwith a column of three hieroglyphs: a bolt, 's', a recumbent lion below, 'r', and the upper part of a sedge plant, 'šm'