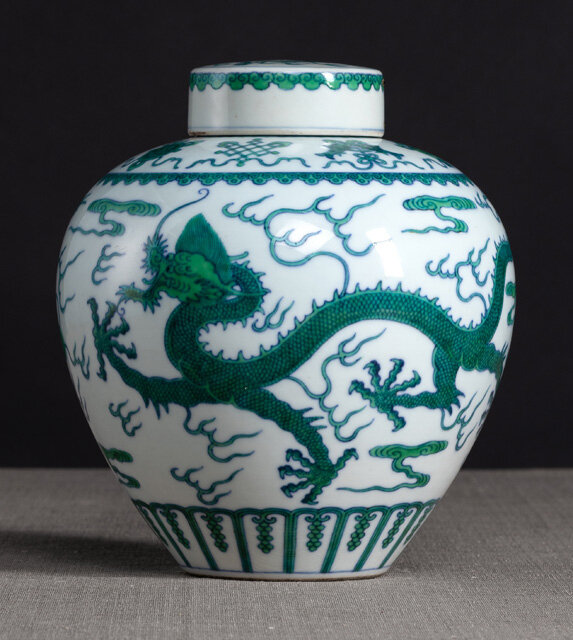 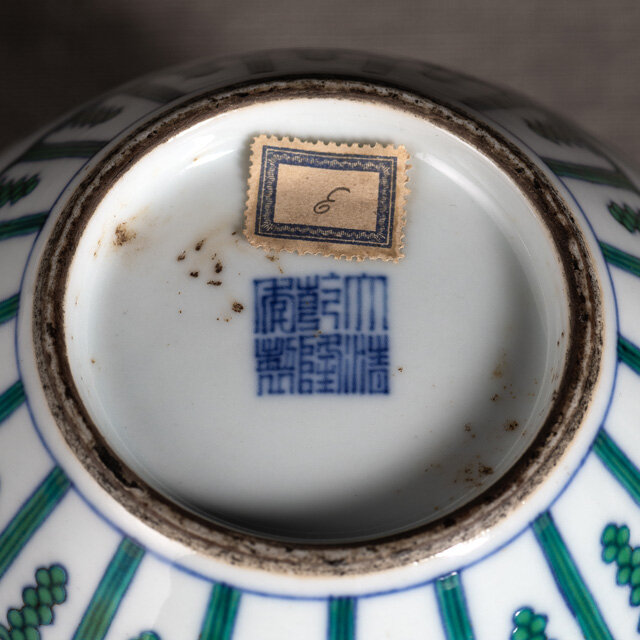 The tapering ovoid body rising from a recessed base to a rounded shoulder and narrow short neck, decorated around the exterior in underglaze-blue and green enamel with two five-clawed dragons in pursuit of a flaming pearl, all between a bajixiang band encircling the neck and a lotus-lappet band at the base.

Compare this to a similar Qianlong jar with cover in the National Palace Museum in Taiwan, illustrated in Enamelled Ware of the Ch'ing Dynasty, Book II, Hong Kong, 1969, pl. 13

A similar covered jar painted with two ferocious five-clawed scaly dragons in green enamel and bearing a Qianlong reign mark and of the period, from the notable collection of W.W. Winkworth and illustrated in Soame Jenyns, Later Chinese Porcelain, London, 1951, pl. XCI, fig.2, was sold at Sotheby's Hongkong, 29th November 1977 and one is included in Chinese Porcelain in the S.C. Ko Tianminlou Collection, Hong Kong, 1987, pl. 114. Compare also a covered jar of this type, from the collection of Edward T. Chow, sold at Sotheby's Hongkong, 19th May 1981, lot 537; and another similar example in the Jingdezhen Museum, Jiangxi province, illustrated in Heitokuchin jiki, Kyoto, 1982, pl. 118.