Anthropomorphic mask with triangular nose-ornament, made of gold by hammering and embossing, 100BC-1600 (?), Yotoco (?), Late Quimbaya (?), Colombia. © Trustees of the British Museum

LONDON.- Thanks to support from the Santo Domingo family, the British Museum announced the creation of the Santo Domingo Centre of Excellence for Latin America Research. Housed within the Department of Africa, Oceania and the Americas at the British Museum, the Centre will attract and facilitate work by some of the world’s leading scholars from the fields of archaeology, history, art and anthropology. The research undertaken will ensure much greater understanding of the Museum’s collections from the region and will highlight what we can learn from the human story of Latin America.

The British Museum cares for a comprehensive collection of Latin American material culture. Some 45,000 objects spanning a period of 10,000 years encapsulate, and can help communicate, some of the most remarkable narratives of human development on the planet. Detailed research on these archaeological collections, juxtaposed with contemporary works reflecting modern Latin America, will allow for a critical review of the management of knowledge and broaden public understanding of the region. These collections have helped shape the ways in which Latin America has been understood and represented in the UK over the past 260 years. The Centre looks forward to supporting fresh perspectives on these objects by Latin American researchers.

The Centre will have access to the British Museum’s state of the art scientific research facilities allowing for object and material analyses. The application of these scientific techniques will help reveal the ingenious ways in which people have harnessed the rich and diverse environmental resources of Latin America throughout time.

Core curatorial work will be led by two project curators based in the Centre, Laura Osorio Sunnucks and Maria Fernanda Esteban Palma. The aim is to vastly improve public knowledge of the collections by the availability of images and the dissemination of research through publication, lectures and online access.

At the heart of the Centre’s mission is the aim to strengthen collaboration between research communities in Latin America and the UK. These relationships will be forged across a range of institutions including museums, universities, artist collectives, and Indigenous communities. For example, the museum cares for a stone figurine from the San Agustin archaeological site in Colombia, where members of the local Nasa community have recently been reinterpreting its material culture. Through a deeper understanding of the Museum’s collection histories, as well as the cultures they represent, the Centre will help to bring the past into the present with new perspectives that challenge our popular understanding of this region.

Beginning in January 2019, the Centre will invite Research Fellows from Latin America to visit and work at the British Museum for several months, to focus on a specific research project. During this visit the Fellows will be introduced to a wider museum and Higher Education network of colleagues to help share skills and experience in addition to providing wider recognition and communication of their research. The Centre will also support a Latin American Fellow to participate in the British Museum’s world-renowned International Training Programme (ITP). The ITP involves six weeks of training at the Museum, followed by a residential programme at another UK museum and has developed over the past 12 years to incorporate 250 alumni working in 39 countries.

Hartwig Fischer, Director of the British Museum said ‘The Santo Domingo Centre of Excellence for Latin American Research will be a wonderful resource for global learning. It will enable great strides in researching the Museum’s Latin American collections, sharing them with the world and preserving them for future generations. It will also be a fantastic opportunity to build closer ties with colleagues from the region. I am hugely grateful to the Santo Domingo family for their vital support in this important initiative’.

Jago Cooper, Director of the Centre and Curator of the Americas, British Museum said ‘During a century when our global community faces major challenges to its ability to build a positive and sustainable future, the Centre will reveal the stories behind thousands of years of cultural achievement that can provide important lessons to improve society in the years to come. We are very much looking forward to working with our colleagues and research Fellows to better understand the collection’. 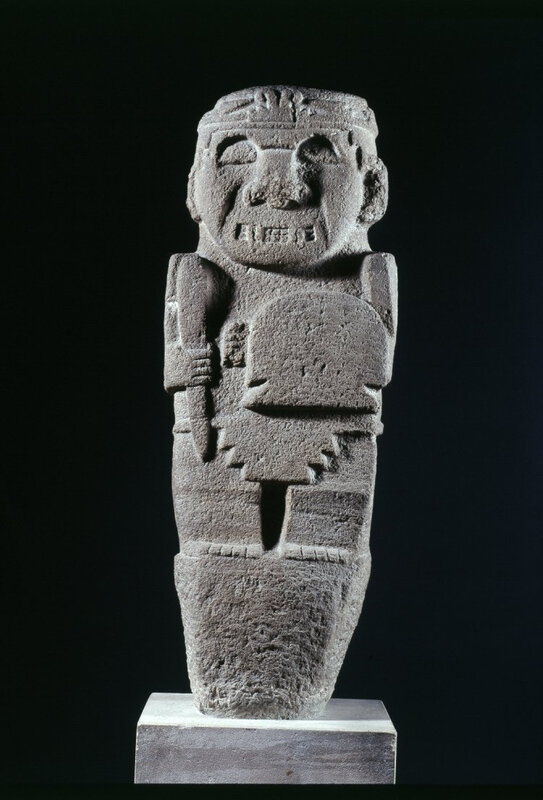