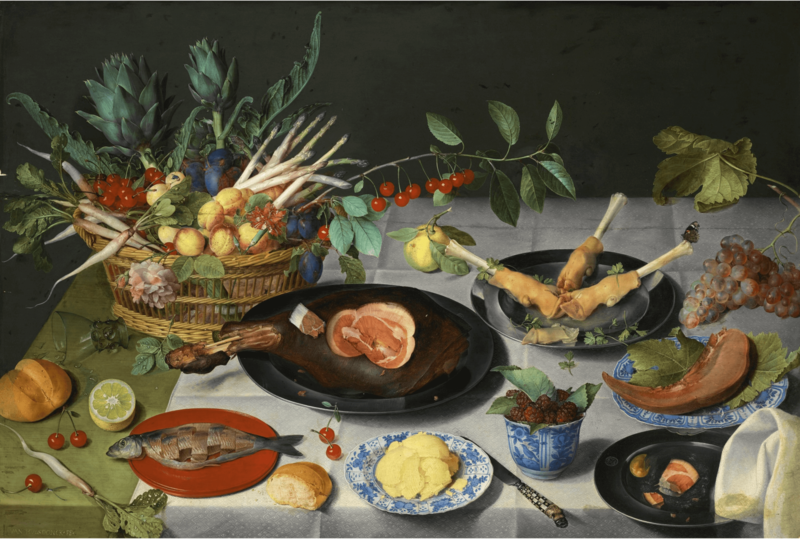 Showcasing important new acquisitions and masterworks from the permanent collection, the newly renovated North European galleries at the Cleveland Museum of Art (CMA) aim to envelop visitors in a new viewing experience. Redesigned to mirror the environments these works might have originally been displayed in, the galleries resemble a wealthy Dutch family’s home, an ecclesiastical setting and the gallery of a French aristocrat. “Featuring significant recent acquisitions, the renovated spaces have a fresh, new look and will enrich our visitors’ experience by providing them with greater context,” says CMA director William Griswold.

The Dutch home setting, the Harold C. Schmitt Foundation Gallery, features portraits, still-lives, landscapes and genres typical of the 1650s, highlights of which are new paintings by Dirck van Baburen and Jacob van Hulsdonck, which enliven “CMA’s already outstanding collection of seventeenth-century Netherlandish art,” says Marjorie E. Wieseman, Paul J. and Edith Ingalls Vignos Jr. Curator of European Paintings and Sculpture, 1500–1800, and chair of European art from classical antiquity to 1800. “They’re colorful, dynamic, and demonstrate the incredible quality and diversity of painting in the Netherlands during the so-called ‘Golden Age,’ when artists were continually inventing new themes and new approaches to appeal to discerning collectors.” On display for the first time is Violin Player with a Wine Glass (1623), by Dirck van Baburen. Considered one of the most important early 17th Century Dutch painters during his lifetime, Baburen is being rediscovered by modern audiences.

Baburen grew up in Utrecht, and moved to Rome between 1612 and 1615, where he was active in the Dutch-speaking artist group, the "Bentvueghels" ("Birds of a Feather"); Baburen was nicknamed "Biervlieg" ("Beer Fly", or one who drinks a lot). Exposed to the art and techniques of Caravaggio and Manfredi, Baburen moved back to Utrecht in 1620 and helped establish what’s now known as the Utrecht School of Caravaggisti.

One of the first Dutch painters to paint genre subjects, Baburen’s work featured religious, historical and mythological subjects, as well as salt of the earth characters like musicians and card players. One of his best-known paintings, The Procuress, was owned by Johannes Vermeer's mother-in-law and appears in the background of two of Vermeer's works.

An excellent example of Baburen’s work, Violin Player with a Wine Glassdepicts a boldly grinning, disheveled musician, cradling his violin against his chest with one hand, while saluting the viewer with a raised wine glass in the other. His frank enjoyment, scruffy appearance and sensuality all are hallmarks Baburen’s interpretation of Caravaggio. Violin Player with a Wine Glass showcases Baburen’s masterly skill, rightfully placing him within the ranks of Dutch master painters. 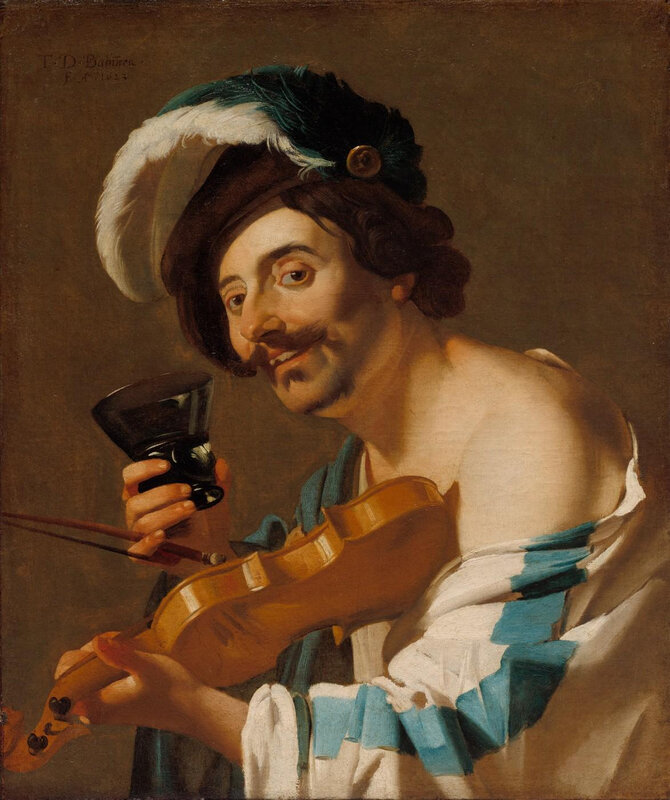