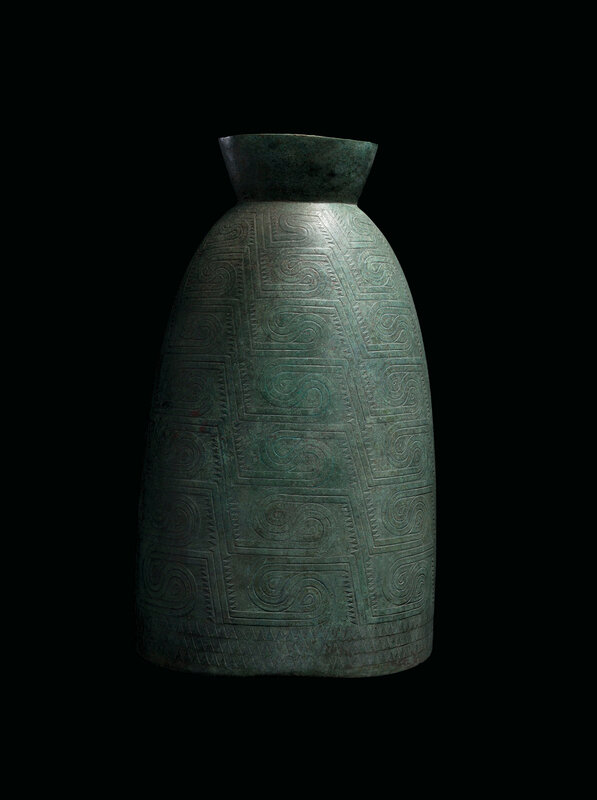 Provenance: European collection prior to 1970.

Note: This large bronze bell from the Southeast Asian Bronze age, generally named after the Dongson site in North Vietnam. The swirling band design is particularly vivid and crisply cast; for another example of similar design from Samrong, now in the National Museum Phnom Penh, see H. Jessup and T. Zephir (eds.), Sculpture of Angkor and Ancient Cambodia, Millennium of Glory, 1997, fig. 4, p. 8.

Another notable example of similar, shape, form and with stylised decoration is held in the collection of the British Museum (Accession No. 1949,0715.1). Known as the Klang Bell, it is almost identical in height to the present lot and is dated to 2nd century B.C. Each later mounted on a display stand.