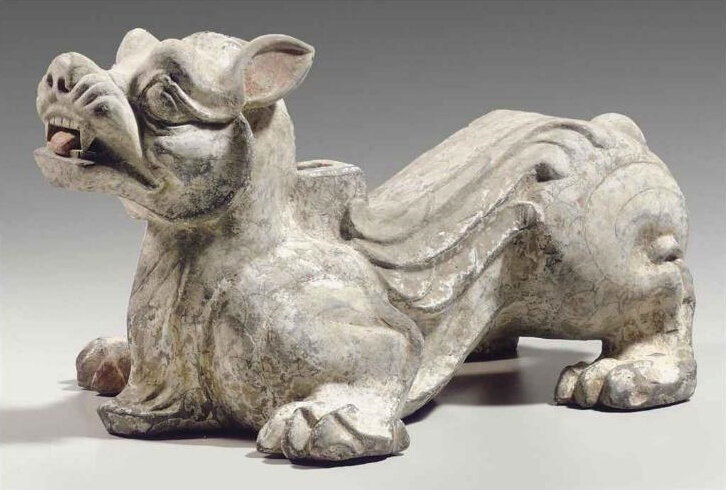 Crisply modeled as a crouching, winged mythical beast, with pricked ears, layered tail and a short mane extending to the rectangular socket in the back, painted in red and black with feather markings and other details on a cream ground, wood stand.

The result of Oxford Authentication Ltd. test no. C198b75 is consistent with the dating of this lot.