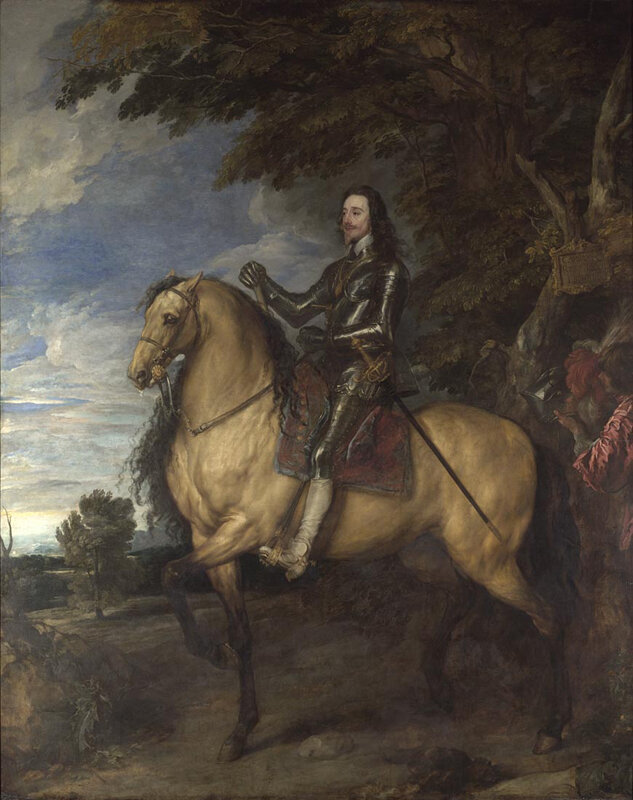 HELVOIRT.- The Executive Committee of The European Fine Art Foundation (TEFAF) has awarded a total of €50,000 from TEFAF’s Museum Restoration Fund to support the distinct and complex restoration and conservation projects at the National Gallery, UK, and the Museum Volkenkunde, The Netherlands, for the benefit of future generations. At the National Gallery, the fund will support the restoration of the famous ‘Equestrian Portrait of Charles I’ by Anthony van Dyck (1599 – 1641), a powerful painting of the King, whilst at the Museum Volkenkunde, it supports a previously unknown and entirely unique 8-fold screen by Japanese artist Kawahara Keiga (1786 – c.1860), ‘View of Deshima in Nagasaki Bay’.

Founded in 2012, the TEFAF Museum Restoration Fund supports the restoration and conservation of culturally significant works in museums and institutions worldwide. Museums and institutions that have attended TEFAF Maastricht are eligible to apply for the grants, which are awarded by an independent panel of experts. Supporting the wider art community is an integral part of TEFAF’s DNA and the Fund is one way the Foundation demonstrates its ongoing dedication to cultural heritage.

Presentations about each project will be displayed at TEFAF Maastricht, the world’s leading fine art and antiques Fair, which takes place from the 16-24 March 2019 at the MECC (Maastricht Exhibition and Congress Centre), Maastricht, The Netherlands.

The National Gallery, UK
The National Gallery houses one of the world’s finest collections of paintings, attracting between 5 and 6 million visitors every year, who are taken on a journey through European art over seven centuries, from the 13th century to the early 20th century. ‘The Equestrian Portrait of Charles I’ by Anthony van Dyck, which requires a major programme of conservation and restoration, is a famous and much-loved work in the Gallery’s collection.

The work is one of only two equestrian portraits of Charles I that have been firmly attributed to Van Dyck (the other, earlier portrait, is in the Royal Collection and hangs in Windsor Castle). Van Dyck was a successful Flemish portraitist, as well as an accomplished draughtsman and etcher; he is now remembered especially for his representations of Charles I and his Court. The artist’s choice of an equestrian portrait underlines the King’s horsemanship, often associated with virtue and courage, and is also deliberately reminiscent of statues of mounted emperors in Ancient Rome, asserting the King’s power. After restoration the painting will go back on display in the Van Dyck room (Room 21) at the National Gallery.

The grant from TEFAF will support the cleaning and retouching of the painting, which is also currently undergoing structural treatment made possible by the Getty Foundation as part of its Conserving Canvas initiative. The structural treatment includes relining of this large-scale work by experts at the National Gallery, related training opportunities for mid-career professionals, and a culminating workshop to share project results with specialists in the field.

Museum Volkenkunde, The Netherlands
The Museum Volkenkunde is part of the National Museum of World Cultures, alongside the Tropenmuseum in Amsterdam, and the Africa Museum in Berg en Dal. Together, the museums are custodians of the Dutch National Collection, with over 450,000 objects and 1,000,000 photographs from around the world. The National Museum of World Cultures recently discovered and acquired the unknown and unique screen, ‘View of Deshima in Nagasaki Bay’, by Japanese artist Kawahara Keiga.

The screen, which dates from 1836 or shortly after, consists of eight panels. At the time of its production, the Dutch were the only Europeans permitted to trade with Japan and only from their base on the artificial island of Deshima. The Dutch ship Marij en Hillegonda, which features prominently in the painting, sailed to Japan just once. Keiga had the privilege of being able to enter Dehima freely, which enabled him to create a visual record of Japanese-Dutch relations.

The work, a key record of Japanese-Dutch relations, cannot, in its current state, be shown to the public, nor can it travel. The condition of the screen requires a full restoration and, when the conservation process is complete, the screen will function as a gateway object introducing visitors to the full breadth of the Japan collections on Museum Volkenkunde, inviting them to gain a deeper understanding of life in Japan in the early 19th century and the unique role of the Dutch trade during that era.

Rachel Kaminsky, a private art dealer from New York who was formerly head of the Old Master paintings department at Christie’s; David Bull, a painting conservator and former Chairman of Painting Conservation at the National Gallery of Art, Washington D.C.; Dr Kenson Kwok, the former and founding director of the Asian Civilisations Museum and the Peranakan Museum in Singapore; and Carol Pottasch, a senior restorer and conservator from the Mauritshuis, The Hague, make up the international panel of experts which made the decision for the 2019 grant of the Fund.