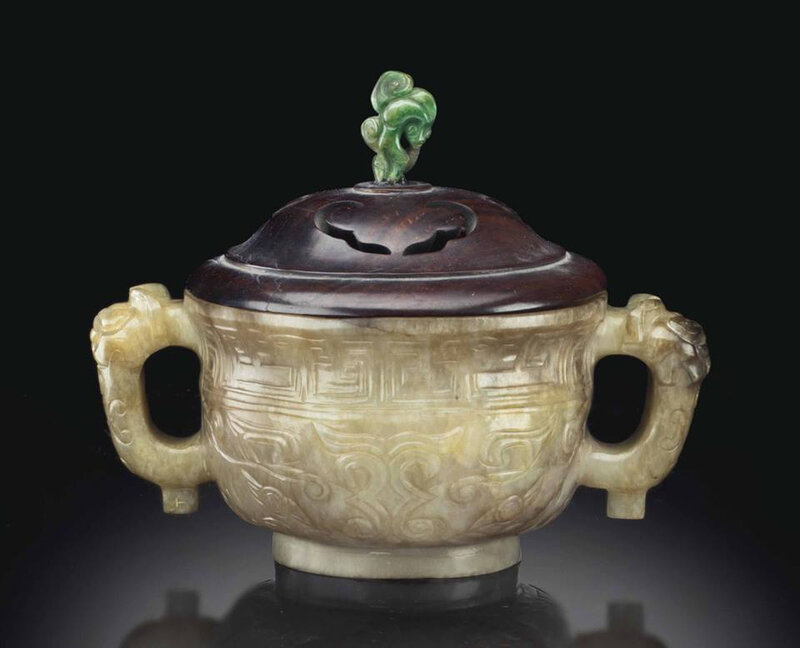 Made in the shape of a bronze gui, the censer is raised on a slightly spreading ring foot, and carved on each side with a taotie mask below a band of angular dragon scroll which is interrupted by the pair of handles, each surmounted by an animal mask and with a pendent tab at the bottom. The semi-translucent, tannish-white stone has fine brown markings throughout, some areas of brown color and some dark brown veins, wood cover with jadeite finial.