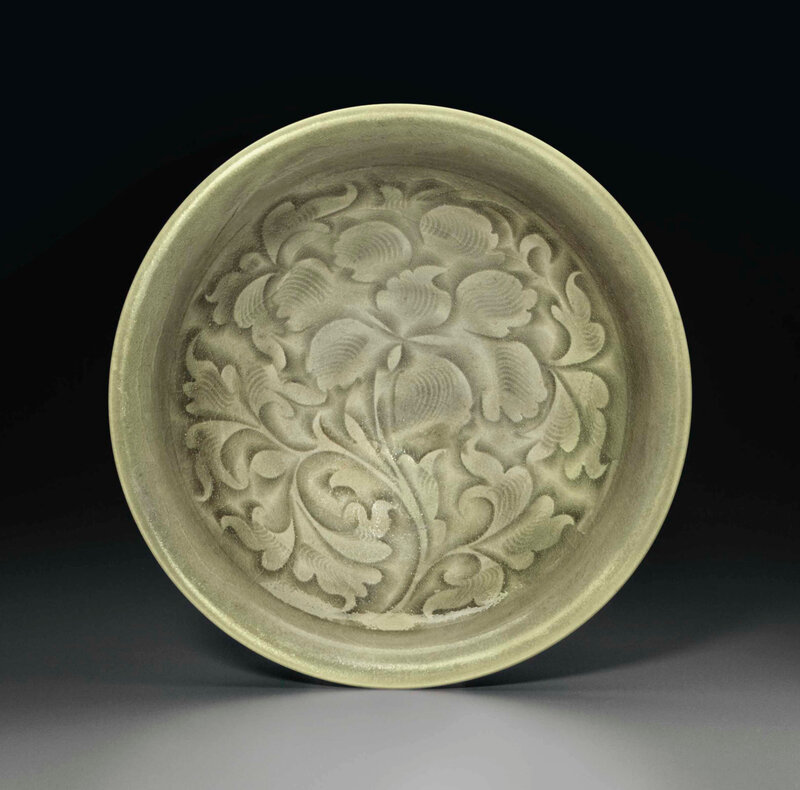 Of shallow form with a slightly everted rim, the dish is freely carved in the interior with a leafy stem bearing a peony blossom with combed details, and covered allover in a greyish-green glaze, wood box

Note: With its elegant form and artistry of decoration, this well-carved dish represents the peak of celadon production at the Yaozhou kilns. The outlines of the peony design on the interior of the dish have been deeply cut with a slanting blade, ensuring that the edge of each element of the decoration has a considerable depth of clear green glaze next to it, shading to shallower glaze further from the motif. The effect is to give the overall design a bold, dichromatic, appearance. In contrast, the texture of both petals and leaves has been depicted using an especially fine combing device, to produce very delicately incised parallel lines.

A Yaozhou shallow bowl with similar peony design is illustrated in Heaven and Earth Seen Within, New Orleans Museum of Art 2000, no. 11, and subsequently sold at Christie’s New York, 30 March 2005, lot 273.