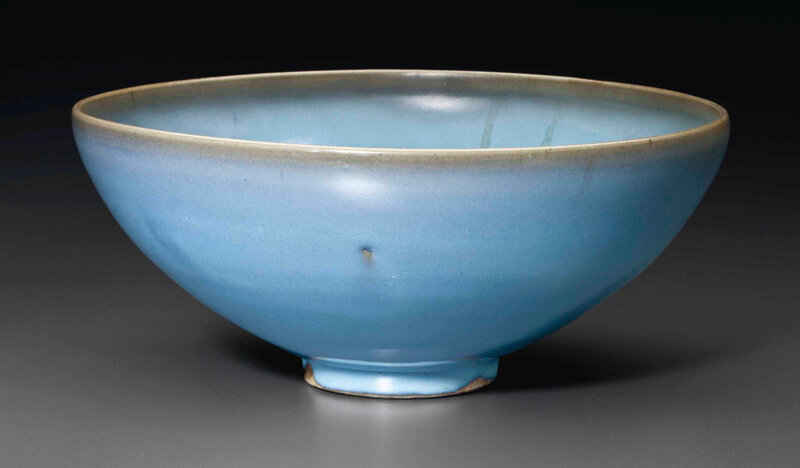 The bowl is of deep, rounded conical form, and covered inside and out with a glaze of milky blue color thinning to mushroom on the rim, wood box.