Pierced through the center with a wide circular aperture, the well-polished stone with a large, long fissure across one end, other smaller fissures in the base and traces of a drilling ridge in the center of the aperture, hongmu stand.

Note: In 1968, the Irvings met Alice Boney (1901-1988), the doyenne of Asian Art dealers in New York, who was then living in Japan and who became their principal mentor for appreciating and collecting Asian art. This jade pillow from Alice Boney was the first substantive piece of Asian art the Irvings collected and remained as one of their sentimental favorites. Mr. Irving remarked in an interview that this jade pillow appealed to him “simply because I liked the feel of the stone” (see Anita Christy, "The Irving Collection: At Home in The Metropolitan Museum of Art", Orientations, November 1991, p. 63).

Jade pillows of this type are very unusual. A similar jade pillow from the collection of Robert Hatfield Ellsworth was sold at Christie’s, New York, 17-18 March 2016, lot 1664. 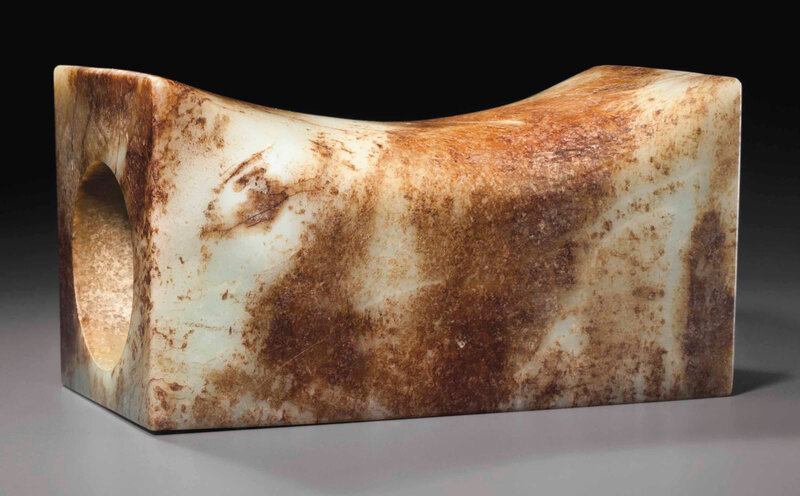