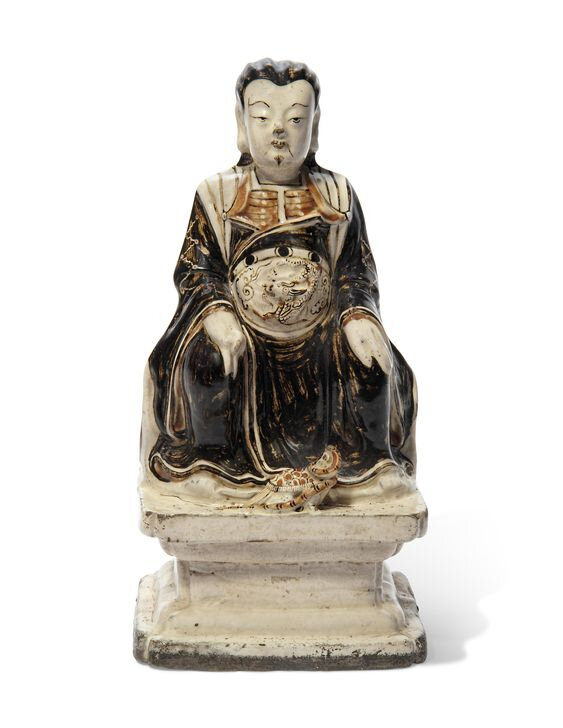 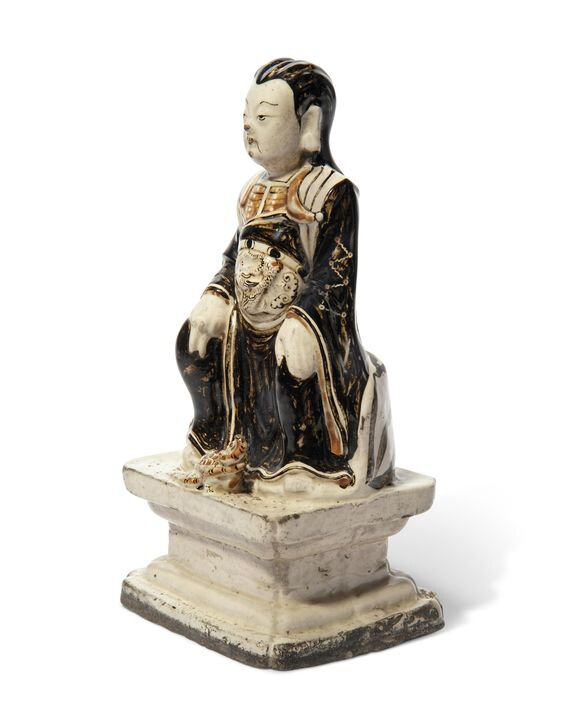 The deity is painted in dark and russet brown on a white slip. He is modelled with long robes that fall open at the chest revealing armour and that are embellished with a moulded dragon. He is seated on a throne on a rectangular waisted plinth with a snake-coiled tortoise is at his feet.

Provenance: From a private collection in the UK, acquired in London in the 1980s-1990s

Note: Zhenwu, The Supreme Emperor of the Dark Heaven, is the Daoist deity of the North. The tortoise and the snake, motifs associated with the north and winter, are frequently depicted with him.

Christie's. The Art of China: Including Private English Collections, 14 - 21 February The deity is painted in dark and russet brown on a white slip under a clear glaze. He is modelled with his hair loose and feet bare, wearing long flowing robes and with a snake-coiled tortoise at his feet. He is seated on a throne raised on a rectangular waisted plinth.

Note: Compare with a similar Cizhou figure of Zhenwu sold in our New York rooms, 18 September 2003, lot 289. A very similar figure to the one sold in New York was unearthed in Miyun Country, Beijing which is now in the Beijing Cultural Relics Research Institute (see Urban Life in the Song, Yuan & Ming, Singapore, 1994, p. 70).