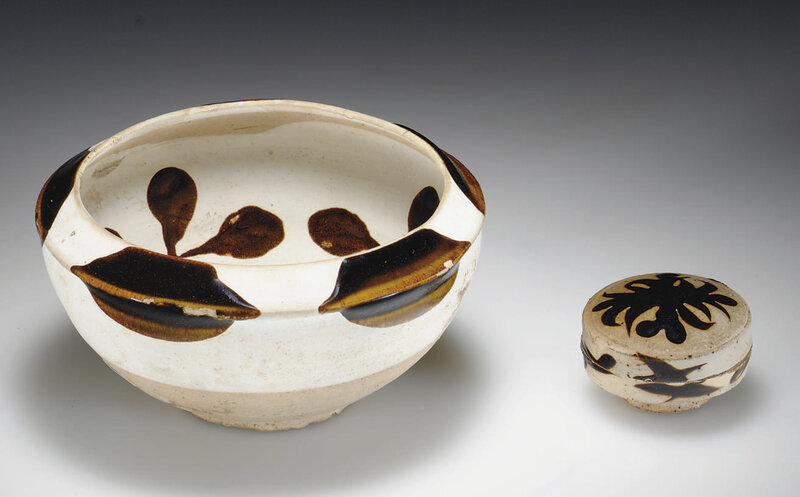 The canted mouth rim decorated with five spreading ovals of brown glaze atop a white slip that ends mid-body, the interior similarly decorated with five large representations of water weeds; together with a small Yaozhou brown glaze-decorated circular box and cover, 10th century, the domed cover and box decorated in brown glaze on the biscuit body with a stylized flower head above abstract designs.

Note: The unusual decoration on the exterior of this bowl was achieved by turning the bowl by hand as it was dipped into brown glaze. A similar technique would have be used on a bowl of more rounded form with a higher foot, but with a similar rib and canted mouth rim, in the Tokyo National Museum illustrated in Masterpieces of Yaozhou Ware, Museum of Oriental Ceramics, Osaka, 1997, no. 11, where it is dated to the Tang dynasty, 9th century. See, also, the Yaozhou jar similarly decorated with five large spots of brown glaze on a white slip in the Falk Collection sold in these rooms 20 September 2001, lot 28.