FLORENCE.- The first comprehensive retrospective devoted to Andrea del Verrocchio (1435 - 1488) opened in Florence this Spring at the Palazzo Strozzi, with an accompanying presentation at the Museo Nazionale del Bargello.

Verrocchio, Master of Leonardo brings together masterpieces by Verrocchio from collections around the world, contextualised by works from his forefathers and peers, as well as by the pupils he worked intensively with, including Leonardo da Vinci, Pietro Perugino, Domenico Ghirlandaio and Sandro Botticelli. The exhibition demonstrates Verrocchio's remarkable creativity as a solo artist, illustrating his workshop as a crucial place of collaboration, exchange and co-working, where the language and the style of Renaissance art in Florence was forged.

Formally a private home, the 16th Century Palazzo Strozzi provides historic context to the show, which spans artistic output in Florence from 1460 to 1490 - the glorious age of Lorenzo the Magnificent. Curated by two of the world's leading experts of Quattrocento art, Francesco Caglioti and Andrea De Marchi, the exhibition showcases over 120 paintings, sculptures and drawings. Verrocchio, Master of Leonardo is one of a series of international events marking the 500th anniversary of the death of Leonardo da Vinci, and brings valuable insight into the early influence of Florence and Verrocchio on his oeuvre.

The exhibition presents sculptural masterpieces from Verrocchio alongside some of his most famous paintings, including the celebrated David on loan from the Museo del Bargello, and Putto with Dolphin , from Palazzo Vecchio. Painting works include two versions of the Madonna and Child , on loan from the Gemäldegalerie in Berlin, and Tobias and the Angel and the Madonna and Child with Angels , from the National Gallery in London. A selection of drawings and chiaroscuro works enable visitors to make direct comparisons between the work of the master and that of his pupils; Verrocchio's celebrated Bust of a Lady (Lady with Flowers ) is being displayed alongside Leonardo da Vinci's Study of female hands , generously loaned by Her Majesty The Queen from the Royal Collection. A prototype of the universal genius, Verrocchio experimented passionately with diverse techniques and materials, from drawing to carving in marble, painting to casting in bronze. Comparable only to the schools of Giotto, Donatello and Raphael, Verrocchio’s workshop was an exceptionally creative and collaborative environment, where he forged an entire generation of masters, developing and generously sharing his knowledge and discoveries.

The exhibition ideally links Palazzo Strozzi with the Museo del Bargello as distinct but complementary places of an exhibition itinerary divided into eleven sections, of which nine at Palazzo Strozzi and two at the Bargello Museum, dedicated to the theme of the image of Christ and where it will be exposed Incredulity of St. Thomas , Verrocchio's bronze masterpiece. As a result of this collaborative environment, it is almost impossible to attribute multiple works from the period to the many artists that trained there. 500 years on, attributing works from Verrocchio’s workshop continues to be the subject of an ongoing and lively scholarly debate. What is not contested, is how Verrocchio’s teaching led to the formation of a generation of artists who spread the taste and style of the Florentine Renaissance, characterised by its focus on beauty, nature and aristocratic elegance, throughout Italy and beyond.

“For an art historian, this exhibition is a dream come true" – says Arturo Galansino, Director General of the Fondazione Palazzo Strozzi – “Producing the first exhibition on Andrea del Verrocchio , in many ways the father of the High Renaissance, is a unique and ambitious undertaking which has been made possible by our collaboration with the Museo del Bargello and by exceptional loans from all over the world. We have been working for almost five years to allow Palazzo Strozzi to host this major exhibition showcasing the multi-faceted talents and activities of Verrocchio and his workshop whilst simultaneously exploring the genius of Leonardo da Vinci in the very year in which Florence and Tuscany are set to become iconic venues for the international celebrations devoted to commemorating the 500th anniversary of his death. With this show Palazzo Strozzi consolidates its role as a leading exhibition centre in Italy, capable of creating added value for the city of Florence and for its territory”. 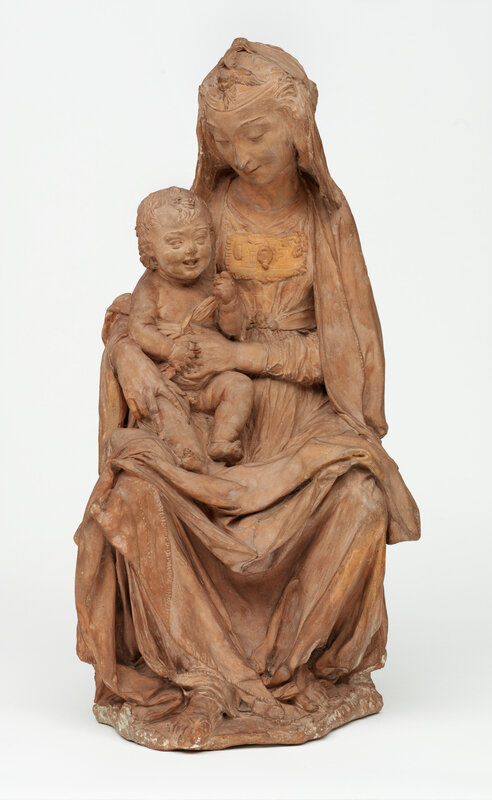