Steven Zuo, Head of Fine Classical Chinese Paintings, Sotheby’s Asia, comments, “Our  sale this season is distinguished by a group of seminal works from the Ming and Qing dynasties, many of which were sourced from prominent private collections around the world. This sale marks the debut of two exceptional and rare works with impeccable provenance from the Qing imperial court painters Qian Weicheng and Yu Xing. Another major highlight is Bada Shanren’s Geese by the Hibiscus from the artist’s late period.”

Measuring over 5 metres long, this rare and well-preserved landscape was created by the renowned Imperial court painter Qian Weicheng, a high-ranking official and favourite during Emperor Qianlong's reign. Widely documented and endorsed by famous scholars, the present work is further distinguished by its provenance, originally gifted to the artist’s younger brother Qian Weiqiao. Its appearance this spring will be the first time the work has ever been offered at auction. Fish Pond is an exceedingly rare work by Yu Xing, a court painter from the Qing dynasty. A popular subject amongst Chinese literati, this lively depiction of fish swimming joyfully resonates with the Daoist philosophy of happiness and illustrates the expression, “may there be abundance year after year.” The work was inscribed by Emperor Qianlong with a poem and stamped with his imperial seals, adding to its historical significance. Fish Pond was recorded in Sequel to The Precious Collection of the Stone Canal Pavilion (“Shiqu baoji xubian”), and was originally kept in the Forbidden City.

Measuring almost two metres high, Geese by the Hibiscus evokes a sense of play with its simple composition and expressive brushstroke – a classic example of the artist’s later works. Widely catalogued, the painting comes to the market with impeccable provenance, passing through the hands of a number of renowned government officials and scholars from the Qing dynasty. This impeccably long scroll is comprised of poems from the renowned calligrapher Zhang Bi and other reputable literati from the Ming Dynasty. It served as a farewell document, as the artist departed from the capital city after receiving an official appointment in Nan'an, containing important historical information for researching Zhang Bi. 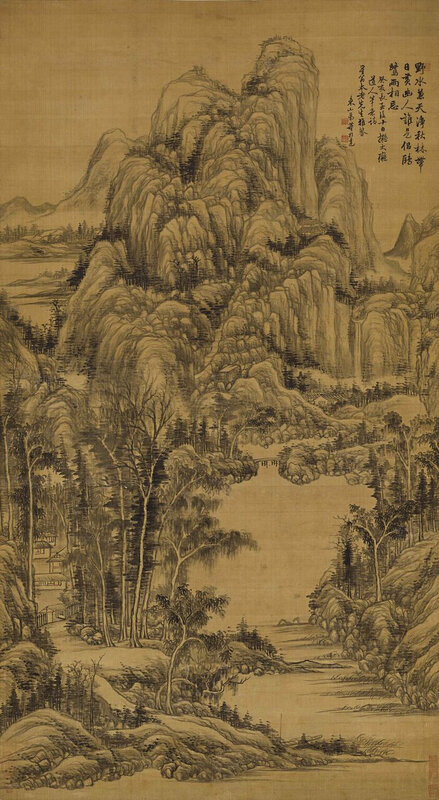