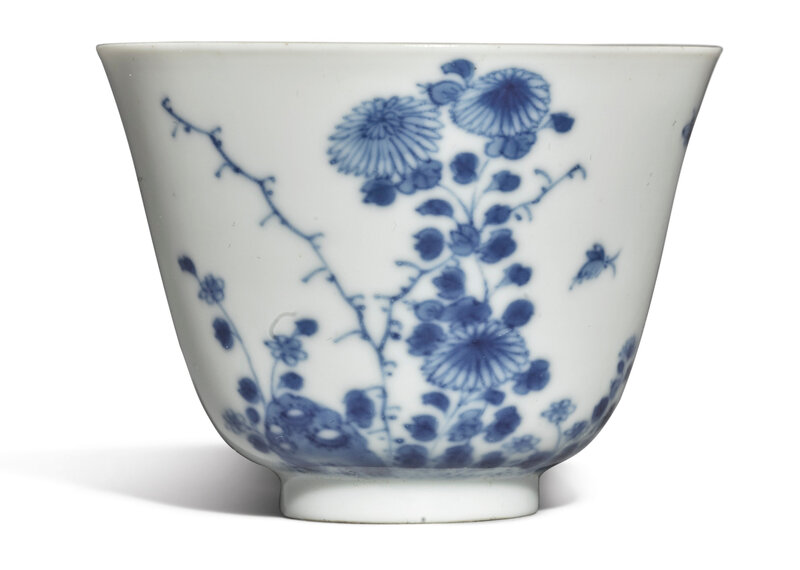 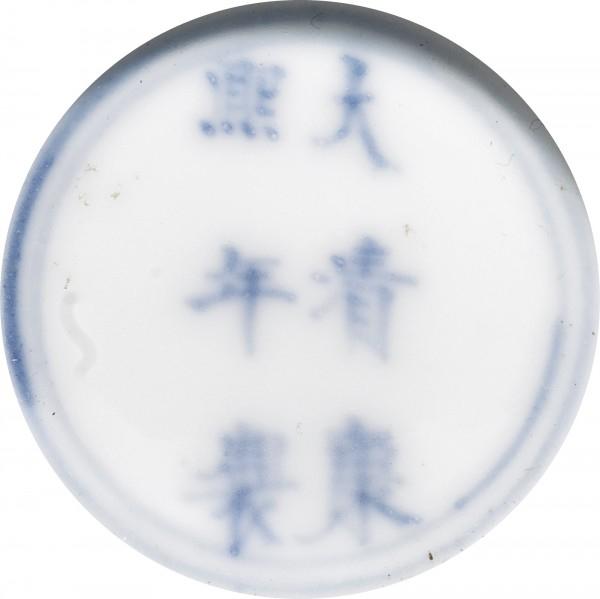 the finely potted sides rising in a subtle bell-shape from a straight foot, the exterior delicately painted in underglaze blue with tall chrysanthemum, the flowers in full bloom over smaller blossoming flora, a spindly leafless plant emerging alongside, its knobby branches arcing over a rocky outcrop, three butterflies fluttering overhead, the opposite side with a poetic couplet followed by the seal mark shang ('appreciation'), the base with a six-character mark in underglaze blue within a double circle.

Note: This delicately potted cup depicting flowering chrysanthemums and butterflies, accompanied by a complementary two-lined poem, exemplifies a classic design of the Kangxi period. It represents the ninth month of the year, and would have originally been part of a set of twelve cups each depicting seasonal flowers. Cups of this type were known to have been used for wine drinking at court during the Kangxi period. The poem can be translated as:

Compare a full set of blue and white month cups from the Qing Court Collection, illustrated in The Complete Collection of Treasures of the Palace Museum. Blue and White Porcelain with Underglazed Red (III), Hong Kong, 2000, pl. 71; a ‘peony’ month cup sold at Christie’s Hong Kong, 27th November 2013; another sold in our Hong Kong rooms, 1st November 1994, lot 134; and a third, also from the Stephen Junkunc III Collection, sold in these rooms, 12th September 2018, lot 109