Christie's to offer a historic Aquamarine and diamond tiara by Fabergé

Christie's to offer a historic Aquamarine and diamond tiara by Fabergé 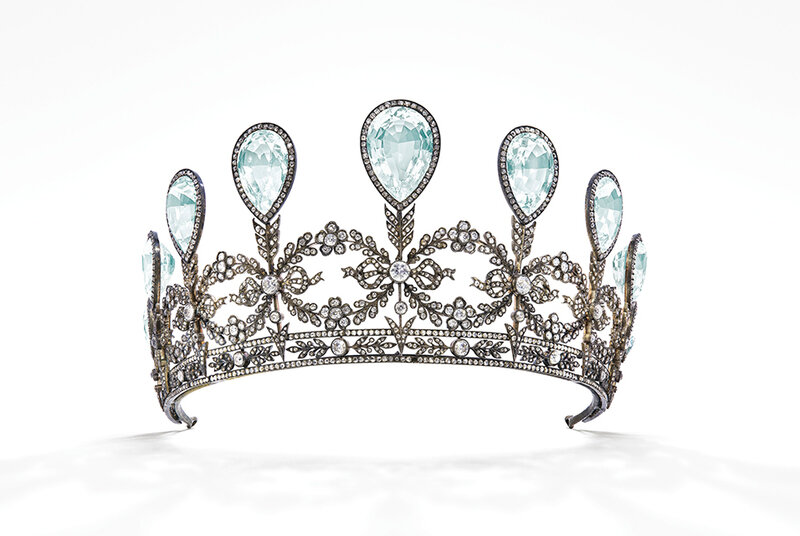 GENEVA.- Made in 1904 as a wedding gift from Frederick Francis IV, Grand Duke of Mecklenburg-Schwerin (1882-1945) to his bride Princess Alexandra of Hanover and Cumberland (1882-1963), this Fabergé tiara is of symbolic design with forget-me-not flowers tied with ribbon bows, signifying true and eternal love, pierced by arrows representing cupid, a token of endearment, attraction and affection. Composed of nine graduated pear-shaped aquamarines, old, cushion and rose-cut diamonds, this historic tiara will be offered at auction for the first time in the upcoming Magnificent Jewels sale on 15 May in Geneva, and is offered with a pre-sale estimate of CHF 230,000–340,000 / $ 230,000-340,000). 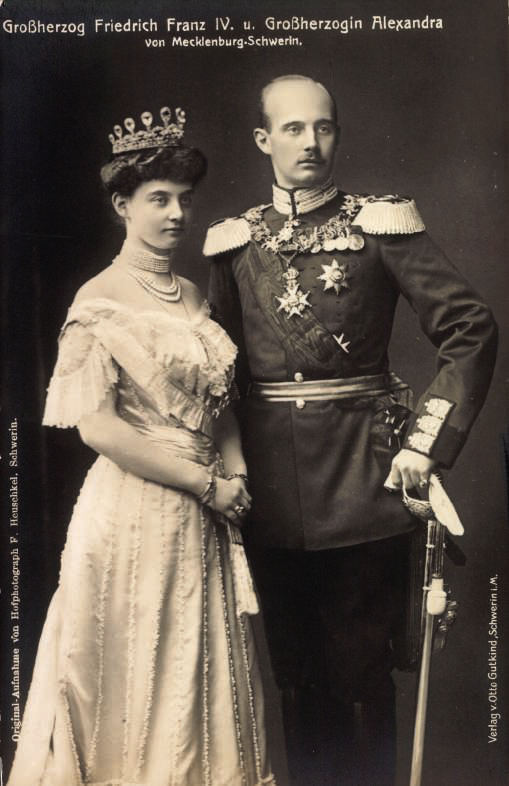 The Grand Duke’s mother, Grand Duchess Anastasia Mikhailovna of Russia, was a keen Fabergé collector, and encouraged him to order his wedding present at the atelier Fabergé in St Petersburg. At the time of their marriage, which took place on 7 June 1904, Frederick was 22 years old and Alexandra, 21. Archives show correspondence between the Grand Ducal Cabinet of Mecklenburg-Schwerin and Eugène Fabergé, revealing deliberations on a commission of an important jewel. One of the letters dated 10 May discussed the possibilities that could be offered: ‘a diamond tiara’ for 10’000 roubles or ‘an aquamarine and diamond tiara’ for 7’500 roubles, and that only using aquamarines as gemstones was not possible. Another letter referred to drawings with designs Fabergé proposed for the top section of the tiara, sent to the Grand Duchess Anastasia Mikhailovna for her son’s approval. However, these drawings went missing. Fabergé expressed concerns that he held no copies himself and did not know which design appealed to the Grand Duke.

Two weeks before the marriage Fabergé wrote to the Grand Ducal Cabinet that he was yet to receive any instructions to proceed. For a second time he asked for the return of the drawings as he could not advance his work without them. A subsequent letter referred to a completion for the wedding on 7 June, as requested by the Grand Duke by which Fabergé declared that it was impossible to execute the commission in such a short time. 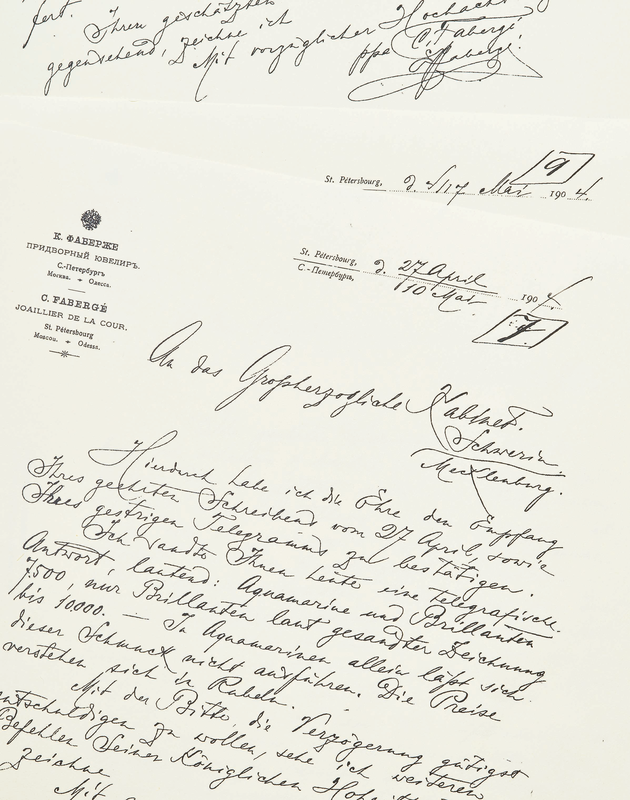 On the day of the wedding, Princess Alexandra of Hanover and Cumberland wore the traditional Hanoverian nuptial crown. The diamond-set coronet that had been in her family for more than a century was commissioned in 1761 for the wedding of King George III of England and Queen Charlotte of Mecklenburg-Strelitz. The Fabergé tiara, her own special wedding gift from the Grand Duke, followed later. Given the extreme rarity of such a magnificent jewel combined with historic provenance, Christie’s is incredibly honored to be able to offer this tiara for sale, more than a century since it was first revealed. Literature: Solodkof A. von, ‘Fashion and Jewellery in St. Petersburg around 1900. The Use of Aquamarine by Fabergé, His Parure for Grand Duchess Elisabeth, and the Discovery of a Commission from Fabergé for an Aquamarine Tiara in 1904’, Russian Jewellery Art of the 19th and Early 20th Centuries in a Global Context, Fabergé Museum in St. Petersburg, November, 2017/ The Link of Times Cultural and Historical Foundation, collection of articles edited by Marina Lopato and Karina Pronitcheva. p. 28–33
Erinnerungsblätter der Festwoche, 5.-11. Juli 1904 zu Schwerin i. M.