The vessel with five-lobed ovoid body rising from a domed foot to a short waisted neck and flared rim, applied at the shoulder with three cherub-head masks issuing from grapevines alternating with floral sprays, all above stylised lotus scrolls at the foot and below a floral band at the neck.

Note: Jars of such a shape as the present example were inspired by European metal prototypes. A similar blue and white jar, Ming dynasty, from the British Museum, London, is illustrated by J.Harrison-Hall, Ming Ceramics, London, 2001, pl.12:61. A related piece, 17th century, decorated with the emblems of Christ's Passion, Betrayal, Crucifixion and Descent from the Cross, in the collection of the Fundacao Medeiros e Almeida, Lisbon, is illustrated in Caminhos da Porcelana. Dinastias Ming e Qing, Lisbon, 1999, p.160, pl.14, where it is mentioned that this type of vessels was made on order for Portuguese Jesuits. 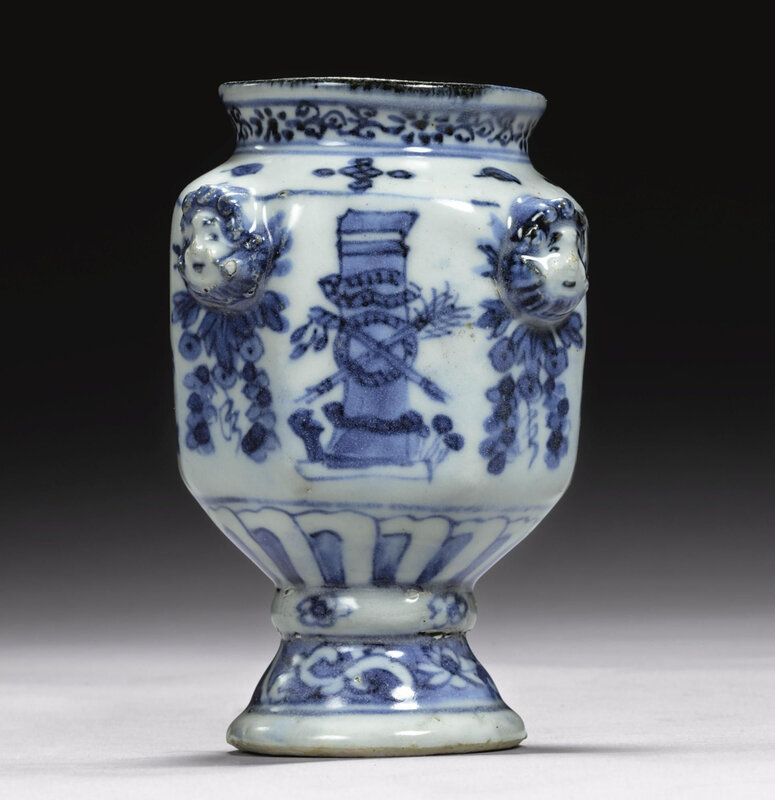