A rare Imperial blue and white 'dragon' bowl, Kangxi six-character mark and of the period (1662-1722)

A rare Imperial blue and white 'dragon' bowl, Kangxi six-character mark and of the period (1662-1722) 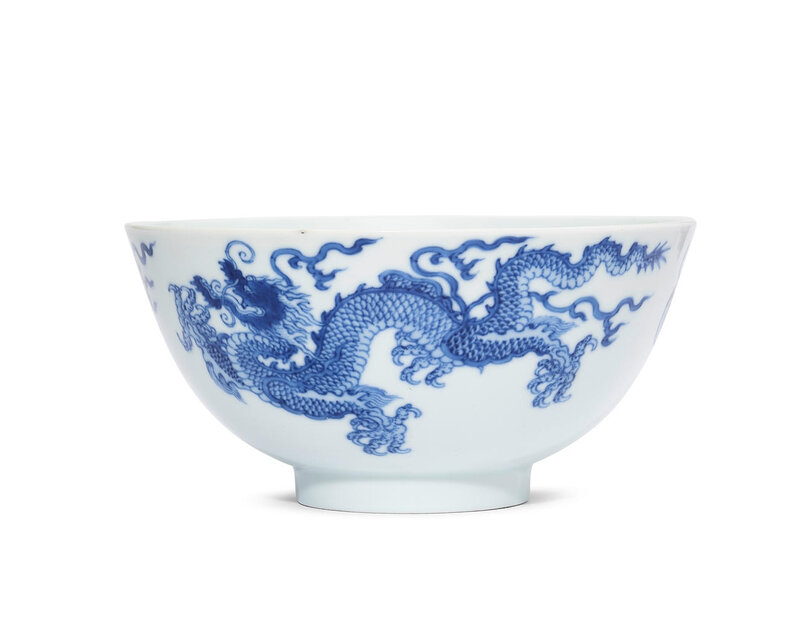 With deep rounded sides gently rising from a slightly tapered foot to the rim, the exterior vividly painted with two five-clawed dragons striding amidst flame scrolls in pursuit of the flaming pearl, the interior plain, the base with a six-character mark in standard script within a double circle, box.

Note: The present bowl is remarkable for the style of painting of the five-clawed dragons, taking the entire space of the bowl, uninterrupted by clouds as more typically seen. A similar style of painting can be seen on a blue and white meiping vase, Kangxi mark and period, which was sold at Christie's Hong Kong, 28 November 2006, lot 1317.