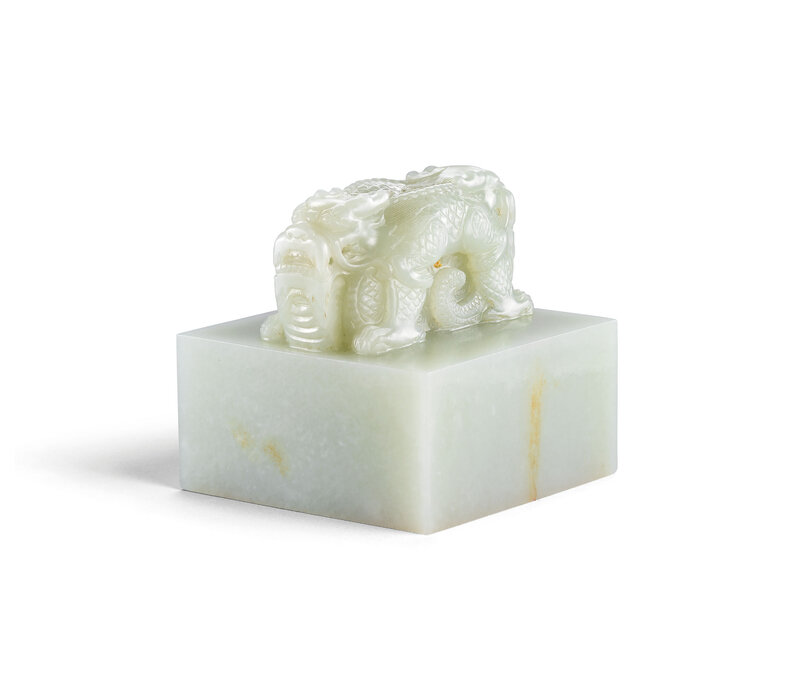 The square seal platform is surmounted by a mythical double-headed beast carved recumbent with a scaly body, the conjoined mid-body pierced with an aperture and threaded with its original yellow silk braid terminating in knotted tassels, the base is carved in intaglio, zhuwenwith six characters, Zhoujia yanxi zhi bao, 'A treasure in auspicious celebration of a sixtieth birthday', the stone of pale celadon tone with areas of russet inclusions.

Provenance: A French family collection, acquired in the late 19th century, and thence by descent
Sold at Christie’s Hong Kong, 30 May 2005, lot 1235.