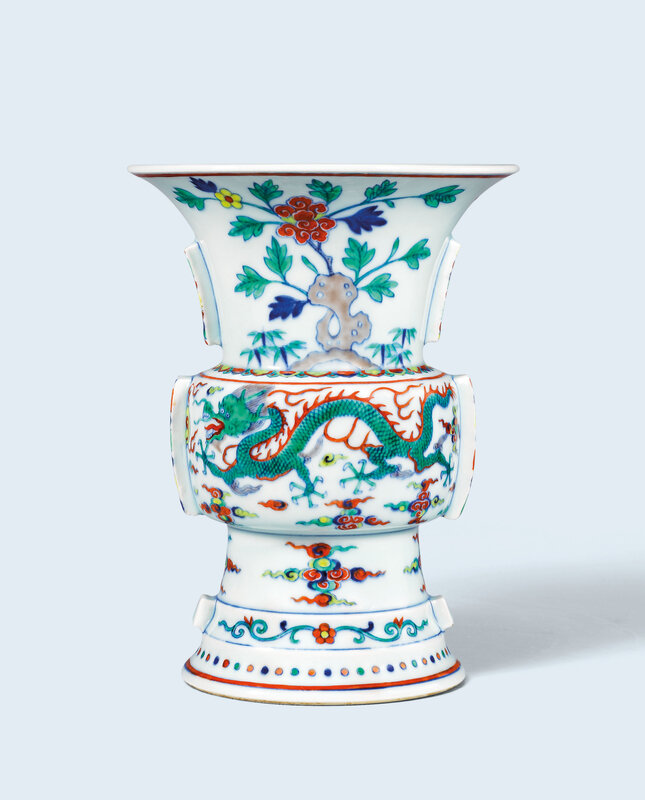 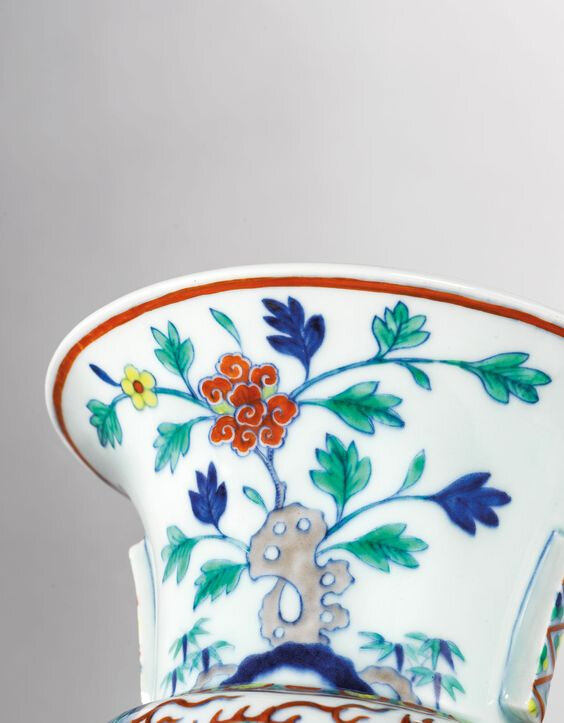 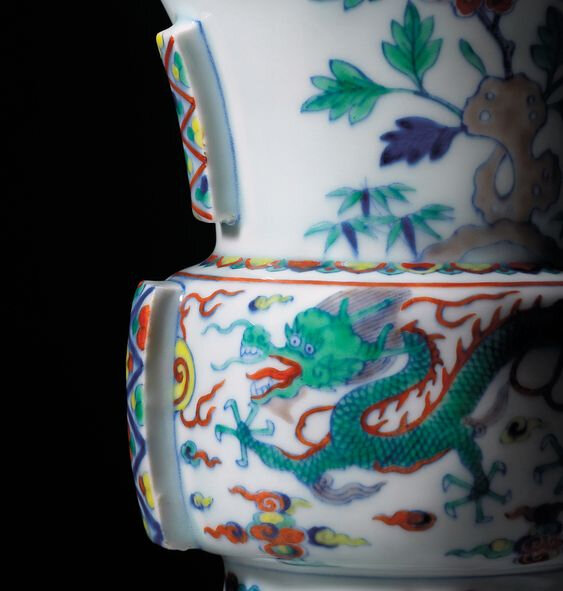 The mid-section of the vase is decorated with two striding five-clawed dragons amidst clouds and flames divided by vertical flanges, below the broad flaring neck with branches of tree peony emerging from behind a pierced rock, above the pedestal foot decorated with three horizontal bands of lingzhi-shaped clouds, floral sprays and colourful dots. The underside of the base is inscribed with a six-character Chenghua mark within a double-circle in underglaze-blue, box.

Note: The form and decoration on the current vase are inspired by late-Ming blue and white zun, such as two examples in the Palace Museum, Beijing, one with Jiajing mark bearing almost an identical pattern, the other with Wanli mark with dragon and phoenix but closer in painting style with the current vase, see The Complete Collection of Treasures of the Palace Museum –Blue and White Porcelain with Underglazed Red (II), Hong Kong, 2000, nos. 91 and 171 (fig. 1), respectively. 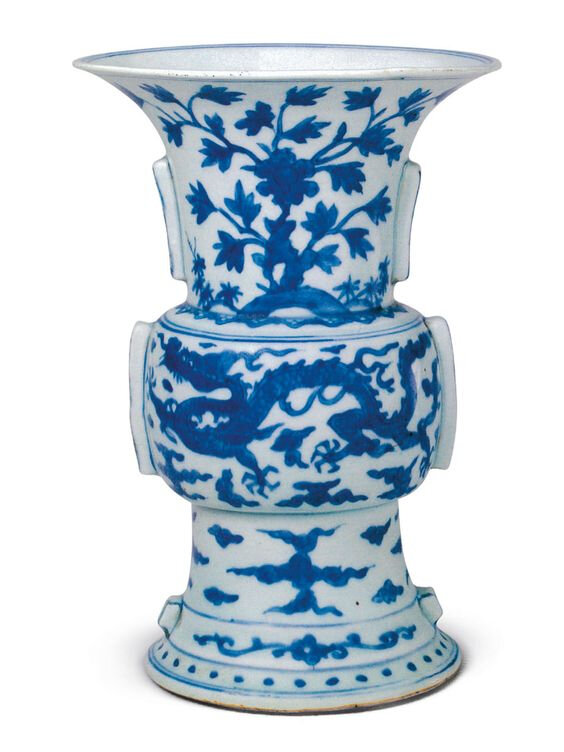 Compare the style and colour of the enamelling with the archaistic zun-shaped doucai vase illustrated in Kangxi, Yongzheng, Qianlong, from the Palace Museum Collection, p. 199, no. 28. Significantly this Imperial vase also bears a Chenghua reign mark rather than a contemporary reign mark. Compare also with three Yongzheng-marked doucai lobed vases with kui-dragons decorated in a similar palette with the style of kui-dragon evidently inspired by Chenghua wares, one in the National Palace Museum, Taipei, museum number: zhongci-001135 (fig. 2), one in the Palace Museum, Beijing, displayed in the Palace of Gathered Elegance, see Qingdai gongting shenghuo, Taipei, 1986, no. 219, and one in the Nanjing Museum, illustrated in The Official Kiln Porcelain of the Chinese Qing Dynasty, Shanghai, 2003, p. 142. 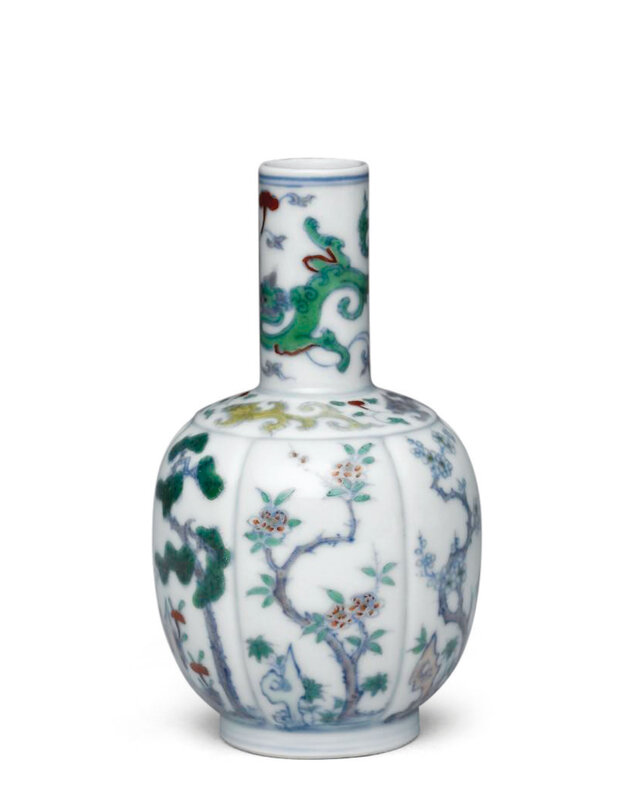 The base with an Imperial inventory label, inscribed Yu yiqian qibai ershisan hao, ‘Imperial No. 1723’.