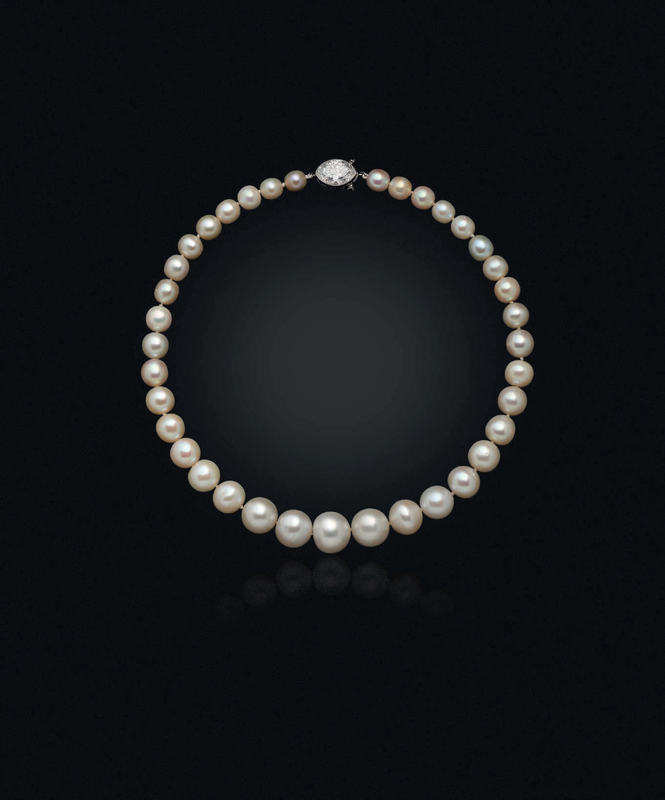 SSEF, 2016, report no. 85153: 37 natural pearls, saltwater, with Appendix letter attesting to the 'extraordinary characteristics' of the necklace.

Note: This natural pearl and diamond necklace reputedly belonged to Rajmata Gayatri Devi, wife of Maharaja Sawai Man Singh II of Jaipur. She was considered to be among the most beautiful women in the world and often traveled between India and Europe. Usually seen in a colorful chiffon sari and a string of pearls, the Rajmata was politically active, especially passionate about women's rights. After India's Independence, she had a landslide victory and was elected to the Lower House of India's bicameral Parliament in 1962. 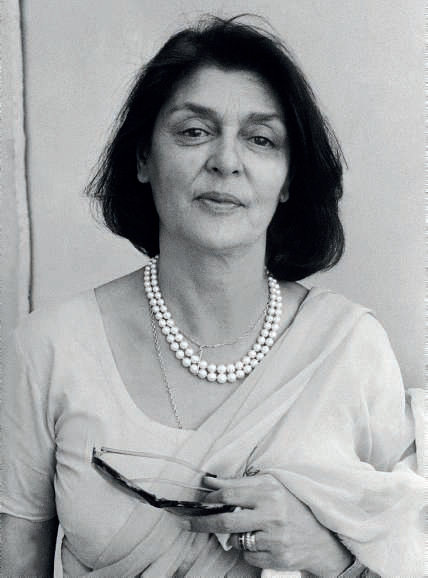 Portrait of Gayatri Devi, Rajmata of Jaipur and wife of Maharaja Jai Singh taken on July 25, 1980 in India; she is wearing a pearl necklace, her preferred accessory among her jewelry. The India Today Group/Getty Images.