BIRMINGHAM.- During the 17th century, Cassiano dal Pozzo and his younger brother, Carlo Antonio, embarked upon an epic attempt to document and record the major fields of knowledge of their day.

They assembled a 'Paper Museum’ consisting of over 10,000 watercolours, drawings and prints illustrating subjects as diverse as antiquities, architecture, zoology, botany and geology, social customs and ceremonies, costumes, portraits, topography and military maps. Their collection represents one of the most significant attempts before the age of photography to embrace human knowledge in visual form - in many respects, the brothers were proto Instagrammers, creating a visual record of the material world around them. Most of the dal Pozzo collection was acquired by George III in 1762, and is still part of the Royal Collection today. This exhibition – the first in more than 20 years dedicated to Cassiano’s remarkable contribution to art and science – comes out of the second year of a collaboration between the Barber and Royal Collection Trust. The show is curated by University of Birmingham MA Art History and Curating Students, and includes more than 40 objects, including 17 ‘Paper Museum’ works lent by Her Majesty The Queen from the Royal Collection, some of which have never been publicly displayed before.

Born in Turin in 1588, Cassiano studied at the University of Pisa. In 1612 he moved to Rome, eventually taking up a senior administrative position in the household of Cardinal Francesco Barberini, Pope Urban VIII’s nephew. It was from this influential position that Cassiano became a prominent figure in Rome’s intellectual and religious life. He was a key patron to artists such as Poussin, Artemisia Gentileschi and Bernini, and a friend of the astronomer Galileo. Cassiano dal Pozzo crossed the boundaries of artistic, scientific and political disciplines to create his unique visual encyclopaedia, which he began to assemble from around 1620. Not only did Cassiano and his brother commission hundreds of drawings of antiquities and curiosities of every description, they also maintained collections of live birds and animals in their palazzo. While they hadn’t actually seen live specimens of all the animals that were drawn for the Paper Museum - such as the Maned Three-Toed Sloth (c1626, unidentified artist) in the exhibition – these and other drawings of flora and fauna – such as African Civet (c.1630) and European Pelican (1635), both by Vincenzo Leonardi - reveal their infinite curiosity with life on earth. 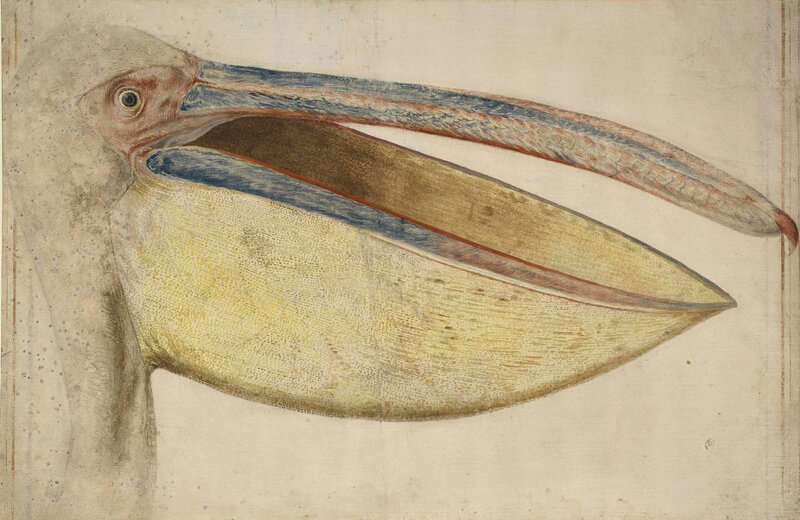 The curious eye of Cassiano did not simply seek to chart the natural world; it seemed that anything and everything held wonderment for him and his brother. Their friend Nicolas Poussin is believed to have contributed a drawing of a Samnite Triple-Disc Breastplate (c.1635), while what were thought to be Early Christian Martyr’s Chains - attributed to Leonardi (c.1646) - further reveal dal Pozzo’s desire to create an exhaustive record of the objects around him. Drawings of a Roman banquet, St Peter’s, a boxer’s hands and mosaics are also featured. One of the key exhibits is a sheet of specimens of Corals, Fossils, semi-precious Stones and Minerals (attributed to Vincenzo Leonardi, c.1630-40), which shows 25 individual geological samples and fossils. Actual examples of 22 of these have been kindly loaned to the Barber Institute’s exhibition by world-leading Lapworth Museum of Geology, also on the University of Birmingham campus, enabling this drawing to be ‘recreated’ using physical samples. The University’s Cadbury Research Library has also collaborated and loaned three artefacts; a copy of Historiae Animalium (Conradi Gesneri, 1511), the Supplément au livre de l’antiquité expliquée et répresenté en figures (Bernard de Montfaucon, 1757) and Ulisse Aldrovandi’s Monstrorum Historia (1642). Aldrovandi is considered the founder of modern Natural History, but his Monstrorum is an intriguing and curious collection of depictions of mythical beasts - including a cockatrice, harpy and chimera - and human deformities, represented by drawings of conjoined twins, a baby with one arm and a man with a cutaneous horn growing from the top of his head.

“Cassiano was operating at a fascinating moment,” says Robert Wenley, Barber Deputy Director and Head of Collections and the student’s mentor in the curatorial process, “It is important to remember that he was accumulating the material for the Paper Museum at a time when educated people were moving away from a medieval world-view to a more science-based one, but to promote progressive views at a time of religious orthodoxy was fraught with danger. In an age when excavated fragments of mammoths’ tusks were still interpreted as the bones of giants, the tribulations of Cassiano’s friend Galileo at the hands of the church bear testimony to this. Dal Pozzo had to walk a fine line due to his closeness to the Papal household, while at the same time working at what was then the cutting edge of scientific thought and discovery.”

He added: “It is very exciting to stage the first exhibition in over twenty years to focus exclusively on Cassiano’s remarkable contribution to art and science. The Paper Museum considers his wide-ranging academic and personal interests in the subjects of natural and antiquarian history. It also investigates his fascination with creating visual ‘documents’, which will resonate with today’s media-savvy and connected generation that enjoys documenting almost every fascinating aspect of everyday life and the world that we still feel the urge to go out and explore." 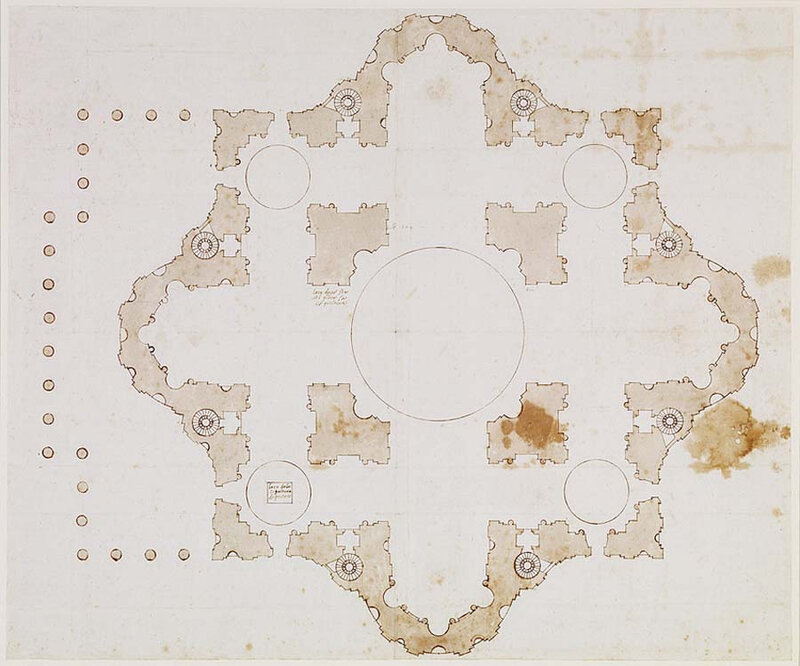