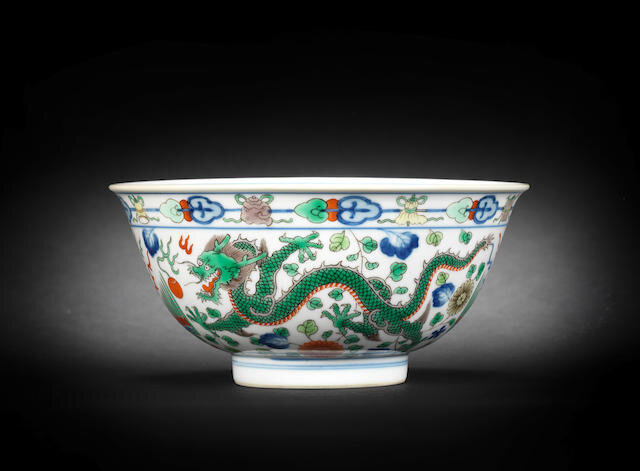 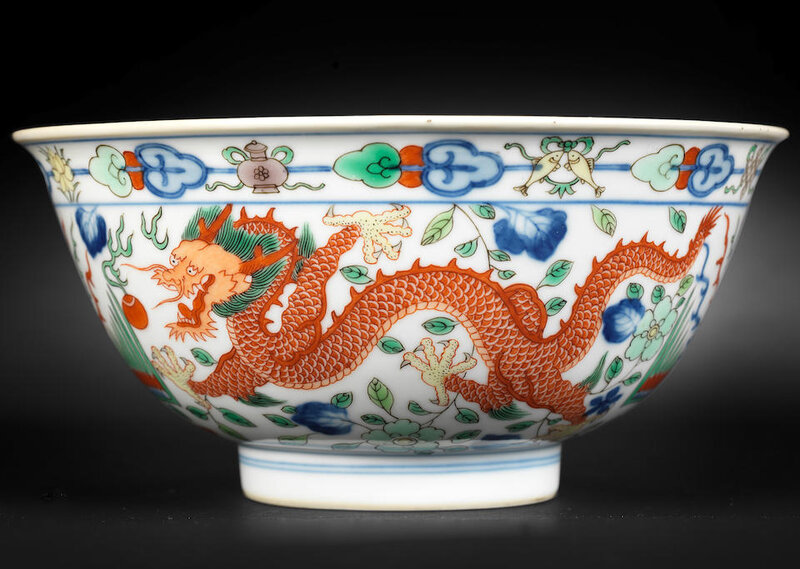 Note: The dragon and the phoenix are a very symbolic combination in Chinese art, with the five-clawed dragon representing the Emperor and the phoenix representing the Empress; this bright and distinctive style was developed in the Kangxi period and became a classic design, and continued to be produced to very high standards throughout the Yongzheng and Qianlong reigns, and on into the later Qing period.

A very similar bowl with a Qianlong mark and of the period in the Nanjing Museum is illustrated in Treasures in the Royalty: The Official Kiln Porcelain of the Chinese Qing Dynasty, Shanghai, 2003, p.282.

Commentaires sur A wucai 'dragon and phoenix' bowl, Qianlong seal mark and of the period (1736-1795)