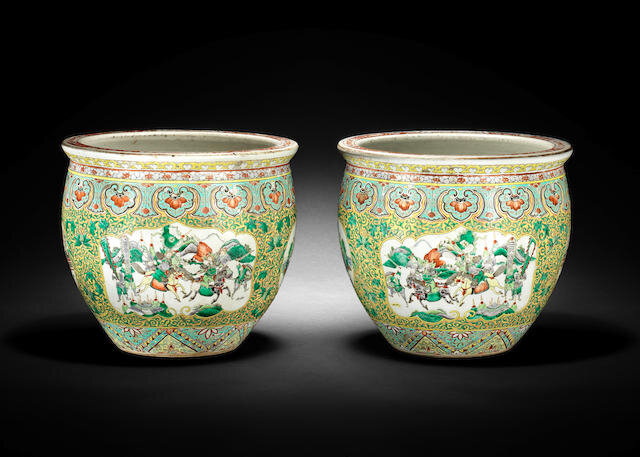 Each enamelled on the exterior with two lobed cartouches, one containing a scene of an official in his study and the other with horsemen riding to battle, the cartouches alternating with two pomegranate-shaped cartouches containing opera scenes, all on a ground of green lotus meanders against yellow enamel, beneath a band of ruyi head enclosing lotus beneath a further decorative band of cracked ice and hawthorn at the waisted neck, the lip with iron-red panels and floral scrolls, the interiors each enamelled with five-iron red fish swimming amidst water weeds.