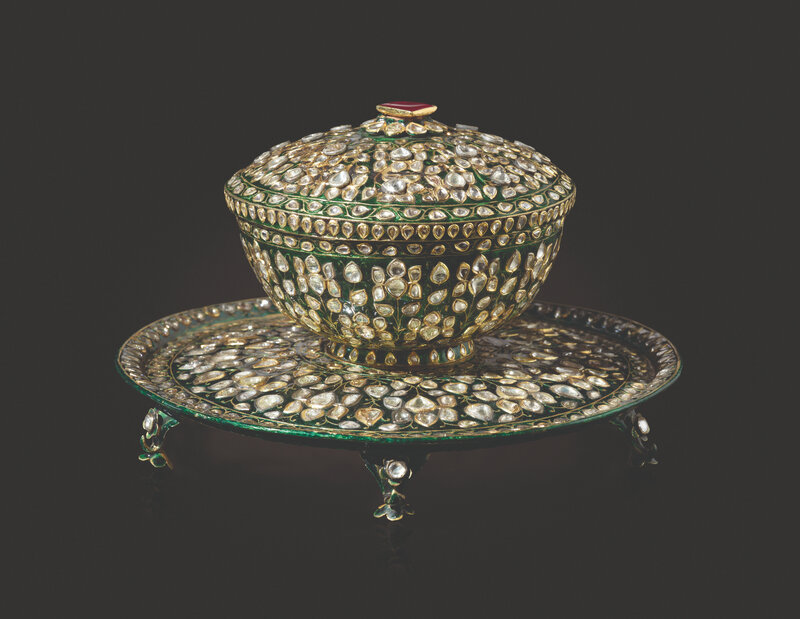 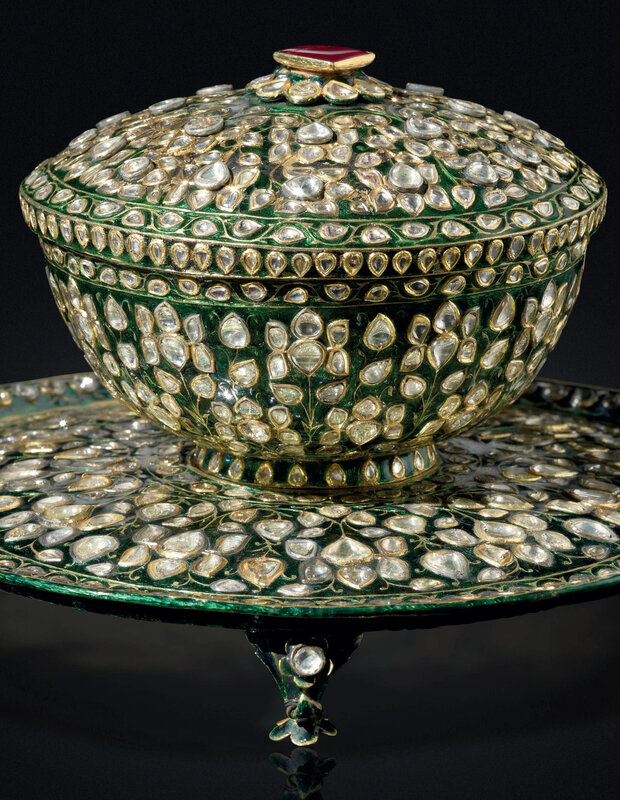 The cover with a square cabochon foiled ruby finial, the underside of the cover engraved with radiating lobes flanking a lion rampant in floral meander border, the interior of the bowl with a stylised leopard engraved under the enamel, the centre of the stand finely enamelled with polychrome flowers and birds on gold ground.

Note: This impressive gem set bowl with cover and stand is a rare example of a complete drinking vessel set to have survived from Mughal India. It was probably used for drinking by a royal patron. In his memoirs, the Mughal Emperor Jahangir referred to a crystal cup with a dish and enamelled cover sent to Shah ‘Abbas I of Iran as a gift in 1617. The French traveller, Jean-Baptiste Tavernier, recorded seeing Emperor Aurangzeb drinking from a crystal cup with a gold dish and gem encrusted cover (Beijing 2018, p.248). The underside of the lid is decorated with an image of a stylized leopard or lion which is a royal motif used throughout India. It also alludes to the Caliph ‘Ali, known as the ‘Lion of God’, implying that the set was made for a Shi’a patron (Jaffer, 2013, p.193). The translucent green enamelling links this set to a small group of objects in the sale which were made in Hyderabad in the Deccan in the late eighteenth or early nineteenth century, see also lots 240 and 241.