ARTIST UNKNOWN: Art and Artefacts from the University of Cambridge Museums and Collections at Kettle's Yard

ARTIST UNKNOWN: Art and Artefacts from the University of Cambridge Museums and Collections at Kettle's Yard 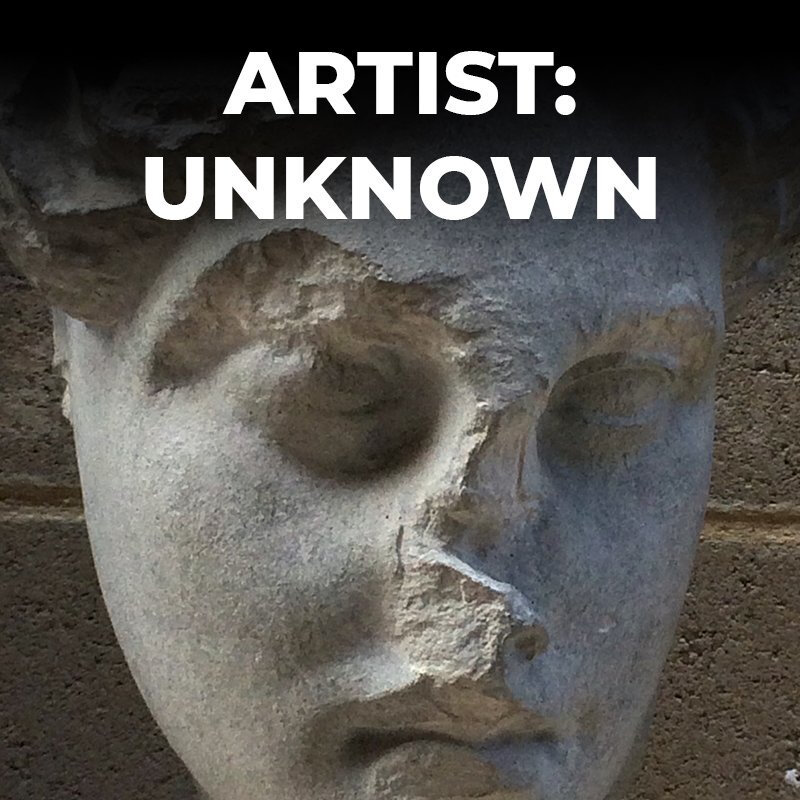 Kettle’s Yard announces ‘Artist Unknown: Art and Artefacts from the University of Cambridge Museums and Collections’. This groundbreaking exhibition will unite objects dating from antiquity to the 20th century, originating from five continents, all of which have been catalogued as ‘artist unknown’. Combining paintings, drawings and ceramics with wood carvings, scientific instruments, taxidermy and scrimshaw, the exhibition will invite the visitor to interrogate accepted definitions of what art is and who should be considered an artist. In particular, it will seek to understand why makers have gone unrecorded or misattributed, as well as questioning the emphasis traditionally placed on authorship and authenticity when engaging with art. The display will feature over thirty objects loaned from thirteen museums and collections in the University of Cambridge, including the Fitzwilliam Museum, Scott Polar Research Institute, Whipple Museum of the History of Science and the Museum of Archaeology and Anthropology, alongside objects from Kettle’s Yard’s own collection.

From as early as Ancient Rome, the Western artistic canon has been anchored to the cult of the artist, with names being inextricably tied to the value and aura attached to works of art. In contrast, prominent ethnographic and colonial collections have routinely treated their objects as representations of culture, rather than works by individual artists. By removing the typical focus on the career and motivations of the artist, works in the exhibition will be repositioned to foreground their artistry. One such example will be a Nigerian thumb piano with a finely carved and painted sculptural superstructure featuring a human face and two animal heads with gazelle-like horns. Collected by a British anthropologist at the turn of the 20th century, this object is now considered a unique masterpiece, yet the identity of its maker was never recorded. A similar example will be a piece of Fijian barkcloth (tapa), painted with a dynamic geometric design. Typically produced by groups of women in Pacific Island communities, barkcloths were often collected as anthropological artefacts or ethnographic curiosities. In the context of a gallery space, visitors will be invited to consider the creativity and skill of these objects,and their singularity of artistic vision

The exhibition will also explore works associated with colonial and tourist trades. A selection of finely detailed and boldly coloured 19th–century Indian mica paintings will be on display, each depicting a figure in different modes of traditional dress from Tiruchirappalli in Southern India. These paintings, produced as part of a growing tourist trade, were commonly sold to employees of the East India Company as souvenirs in the late 18th and early 19th centuries. Their unusual merging of the Indian miniature style with European pictorial conventions, as well as their exoticised and stereotyped portrayal of Indian society, reflects the way the artists were obliged to depict the world through the eyes of their colonisers. The exhibition will reconsider these delicate works, originally viewed as exotic novelties, as fine art objects, reflecting their increased contemporary recognition in India as important representations of cultural heritage. Kangra School, Krishna and Radha walking by the Jumna by moonlight after having exchanged clothes, bodycolour including white, pen and ink with gold, drawn within decorative border, on paper, height 177 mm, width 124 mm, circa 1820. © The Fitzwilliam Museum, Cambridge.

The exhibition will also include a pair of Inuit green serpentine carvings. Inuit artists were encouraged to produce and sell carvings from the 1960s onwards, as part of their (sometimes forced) settlement by Canadian authorities. The anonymity of these carvings is in fact unusual, since Inuit artists were required to sign their work in order to sell as part of a government run initiative to support the Inuit craft trade. One of a series of 14 recognition sketches of the coast of Spitsbergen, made during whaling voyages (1814–15). © Polar Museum, Scott Polar Research Institute, University of Cambridge.

A prominent theme of the exhibition will be the relationship between art and science. Scientific diagrams, instruments and educational tools all required skilled makers, figures who often remained anonymous. Some of these objects demonstrate an artistic virtuosity that went above and beyond what was required for pedagogic function. The display will include a series of colourful, finely painted botanical wallcharts by an unknown artist that have confounded attribution and display an artistic flair that departs from the agreed formulaic conventions of botanical diagrams. Elsewhere, the lively character instilled into a putty-nosed monkey specimen will exemplify the skill and artistic license employed by the nameless taxidermist, an idea that has been taken up by a number of contemporary artists exploring the creative potential of taxidermy.

The exhibition will also include a selection of forged and copied objects that call into question the importance placed on authorship and the aura of authenticity. A group of three scientific instruments, comprising a gilt copper astrolabe, silver terrestrial globe and silver pillar sundial, all purchased as ‘genuine’ objects by R.S. Whipple as part of the founding donation to the eponymous museum, will represent the exquisite craftsmanship of the anonymous forgers. Bearing the ‘signatures’ of renowned 16th-century craftsmen Johannes Bos, Paulus de Furlanis and Christopher Schissler, and only exposed through scientific analysis, these objects were produced in order to take financial advantage of a growing antiques market in the early 20th century. These will be joined by a 19th-century plaster cast copy of an Ancient Greek marble Head of Apollo, produced to educate viewers about classical sculpture. Though not originally conceived as works of art in their own right, plaster casts and their makers are now being recognised for the important and unique place they occupy within the history of art. 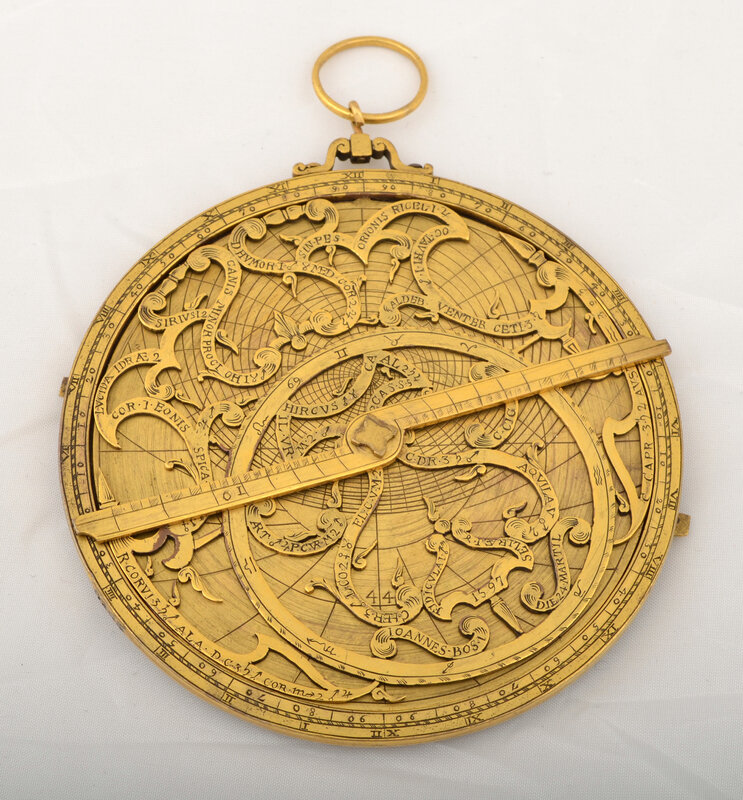 Astrolabe, Gilt Copper, Purportedly by Johannes Bos of Rome, dated 1597, but now identified as a modern fake, 100mm diameter, © Whipple Museum of the History of Science, University of Cambridge. Silver coloured metal globe in the Whipple Museum's collection. Purportedly made by the globe maker Paolo Forlani in 16th-century Italy, recent research has questioned its authenticity. © Whipple Museum of the History of Science, University of Cambridge.

Also included in the exhibition will be objects categorised as ‘craft’ or ‘folk art’, genres typically marginalised in art historical narratives due to their reputation as feminine or working-class pursuits. An example of this will be an 18th–century German sampler, one of three from the Fitzwilliam Museum’s renowned sampler collection. An elaborate design of silk embroidery on linen, it depicts a wreath, flowers and small figures, as well as two pairs of initials and the date 1727. Historically, samplers formed a vital part of women’s education in northern Europe, acting almost as stitched CVs in highly personal displays of skill with motifs reflecting the maker’s religious beliefs or political allegiances. The inclusion of a finely carved piece of scrimshaw will scrutinise the notion of ‘folk art’. Long considered a maritime folk art, scrimshaw was a popular pursuit amongst Anglo-American sailors and whalers from the late 17th century up to the 19th century. This intricately engraved sperm whale’s tooth depicts British naval ships, complete with detailed rigging and plumes of smoke, finished with a border of Greek fretting. Commentaires sur ARTIST UNKNOWN: Art and Artefacts from the University of Cambridge Museums and Collections at Kettle's Yard