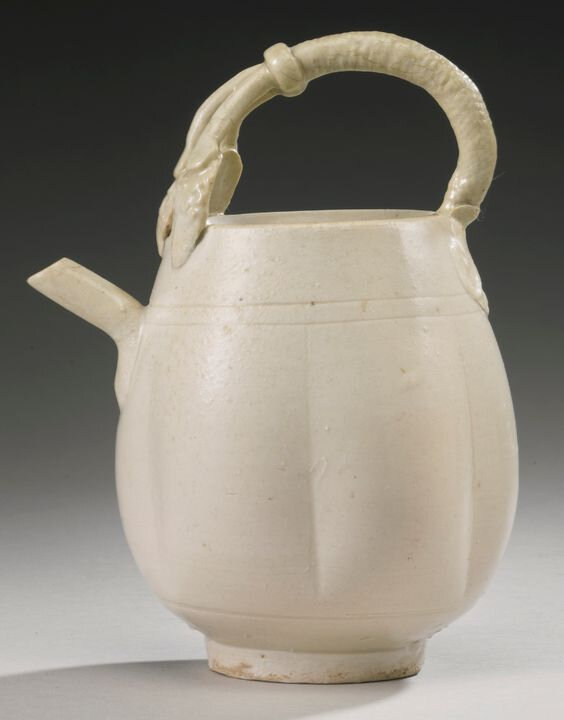 the melon-shaped body molded with six vertical lobes above a short straight foot, set with a loop handle molded to simulate a partially bound rope, issuing from a scroll terminal and dividing into three strands each affixed to the rim with a molded floret above the short straight spout.