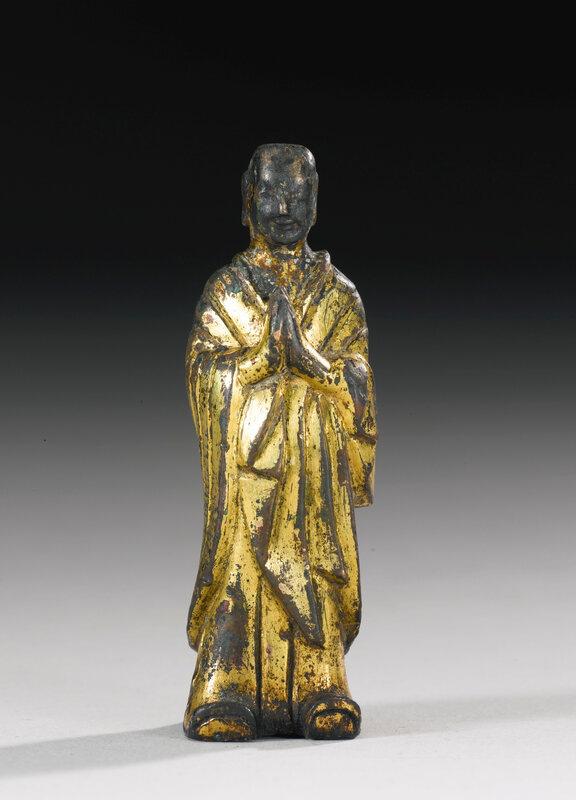 Buddha's principal disciple portrayed as a monk with shaved head and hands held in anjalimudra, dressed in long robes cast with sharply defined folds that fall in front, with incised lines marking the folds on the back, wood stand, Japanese wood box (5).

Note: Among Buddha's many disciples, Ananda had the best memory and most of the sutras in the second part of the Pali canon are attributed to his recollection of the Buddha's teachings during the First Buddhist Council. Because of that, he was known as Guardian of the Law.

An example in the Metropolitan Museum of Art, New York, which shows how the present lot may have appeared in an altar set is illustrated  in Hai-Wai Yi-Chen: Chinese Art in Overseas Collections, Buddhist Sculpture I, Taipei, 1998, p.18.