A straw-glazed and cold-painted figure of an equestrienne, Tang dynasty (618-906)

A straw-glazed and cold-painted figure of an equestrienne, Tang dynasty (618-906) 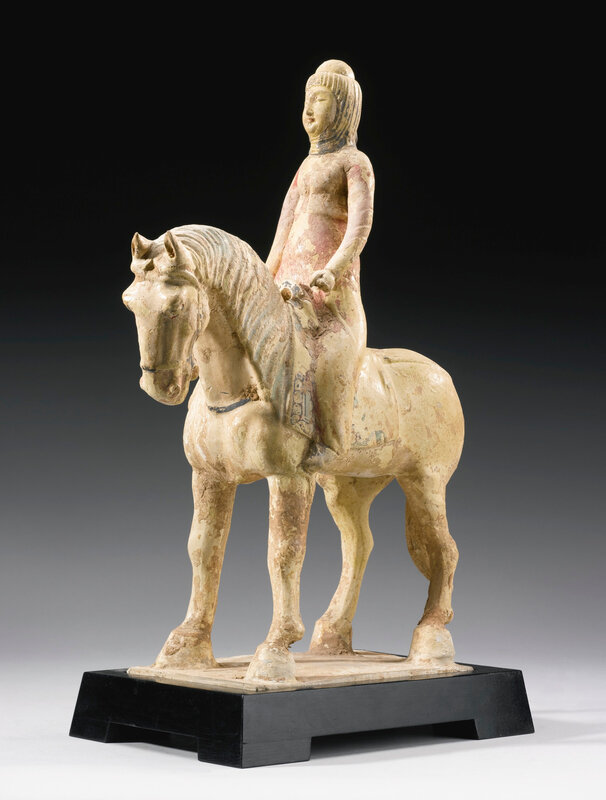 the well-modeled rider sitting upright with the left hand poised as if to tug on the reins, wearing a long gown, cropped jacket and a balaclava draped over the head, the facial features, sensitively rendered, convey a determined and focused demeanor, the horse standing foursquare on a plinth, its head slightly lowered in a compliant gesture, mouth open, covered overall with a pale yellow glaze and further ornamented with colorful pigments defining the rider's head, face and robes, the saddle cloth, mane, reins and eyes, ears, nose and mouth of the horse, wood stand, with fitted box (3).

Commentaires sur A straw-glazed and cold-painted figure of an equestrienne, Tang dynasty (618-906)