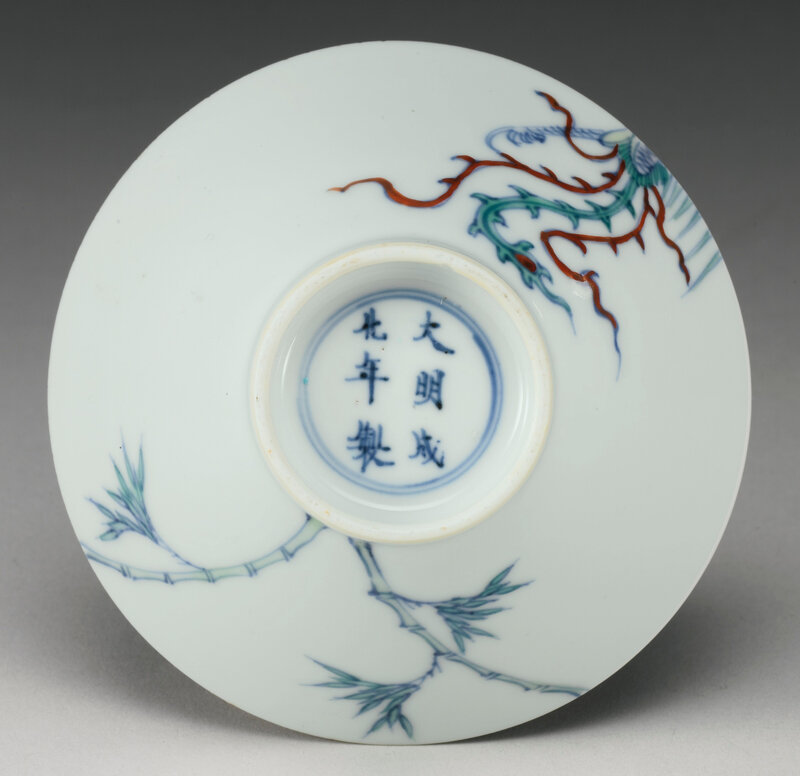 the steep sides of the interior painted with an inverted phoenix with outstretched wings, its body wrapping over the rim and extending down the exterior, set opposite two branches of bamboo also extending over the rim, apocryphal six-character Chenghua mark in underglaze blue within a double circle.

Note: Compare a similar Kangxi cup, but with the hallmark Yu ci Chunyi tang (Bestowed from the Hall of Sincerity), in the Palace Museum, Beijing, illustrated in The Complete Collection of Treasures of the Palace Museum, Porcelains in Polychrome and Contrasting Colours, Hong Kong, 1999, p. 217, pl. 198. A smaller Kangxi cup also with an apocryphal Chenghua mark, sold in our Hong Kong rooms, 4th April 2012, lot 318.