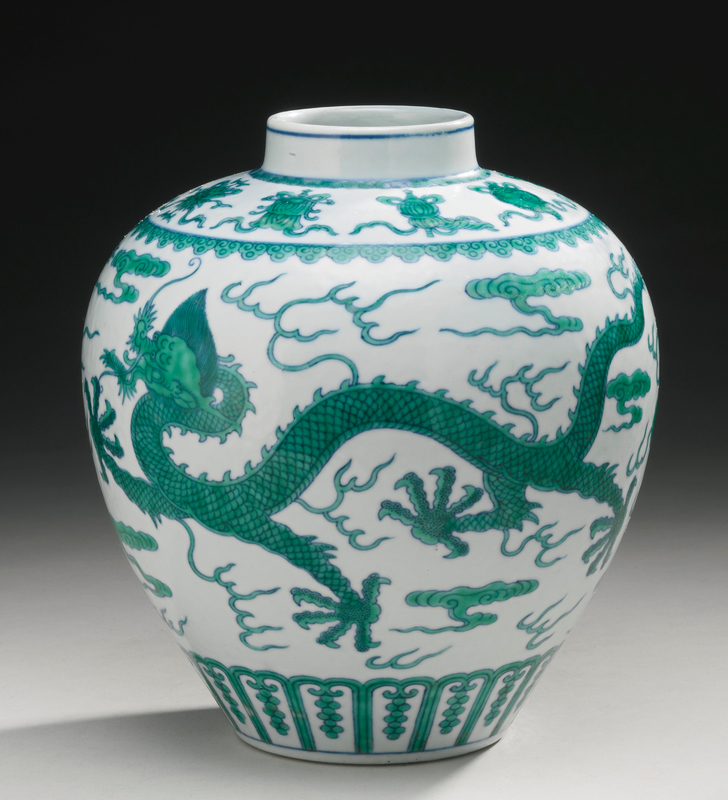 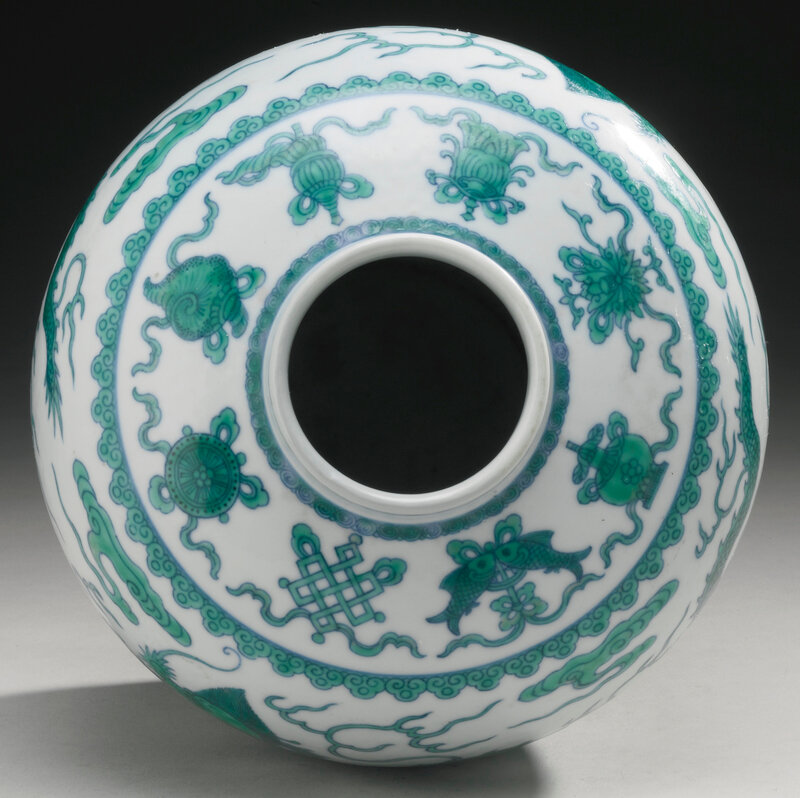 of ovoid form, painted in underglaze blue and enameled in green with a pair of writhing dragons each in eager pursuit of a 'flaming pearl' amidst scrolling clouds and flames surmounted by a band of the 'Eight Buddhist Emblems' and with a row of upright lappets encircling the base, seal mark in underglaze blue .

Note: This imperial pattern is well represented in museum collections around the world. See Porcelains of the National Palace Museum, Enamelled Ware of the Ch'ing Dynasty, vol. II, Taipei, 1969, pl. 13 and another is included in Chinese Porcelain in the S.C. Ko Tianminlou Collection, Hong Kong, 1987, pl. 114.