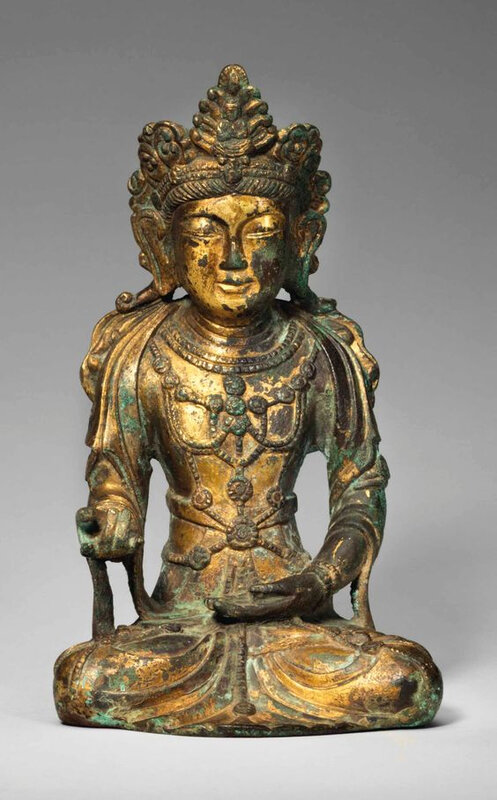 Cast as a seated figure with the right hand raised in vitarkamudra, and the left hand resting at the center, dressed in a skirt with a scarf draped around the shoulders, over the arms and across the front of the crossed legs, the chest and arms adorned with various jewelries, the hair gathered up into a high coiffure adorned with an elaborate head-ornament.

Note: The high and relatively wide cheekbones of this work shown here are the characteristics of the Buddhist sculptures from the Goryeo dynasty. The elaborate crown and various jewelry also resemble in the depictions of Bodhisattva Avalokiteshvara paintings from Goryeo dynasty.