A hobbled stallion, attributable to Govardhan, Mughal India, circa 1600-1610

A hobbled stallion, attributable to Govardhan, Mughal India, circa 1600-1610 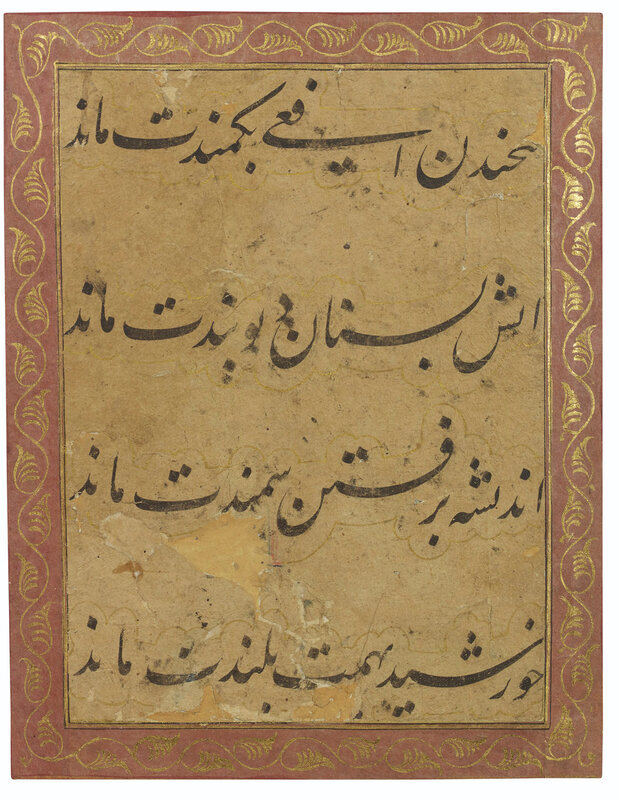 Note: This drawing has been attributed by Robert Skelton to Govardhan based on the overall naturalism of the animal and the European influence visible in the handling of the saddle drapery. It can be compared to the horses in a battle scene by Govardhan from a manuscript of the Garshaspnama of circa 1610 (David Collection, Copenhagen, 17/2004), see Sotheby's, London, 28 April 2004, lot 57.

Govardhan, one of the greatest royal artists of the Mughal period, was born at court, a 'house-born' son of the artist Bhavanidas. His earliest works were illustrations for manuscripts at the end of Akbar's reign in the early years of the seventeenth century. He moved to Allahabad with Prince Salim and continued in the royal atelier through the reigns of Jahangir and Shah Jahan, until around 1645. He developed a distinctive style that was simultaneously delicate and penetrating, with a strong interest in psychological observation and, in later years, a mellow manner of lighting that verges on sfumato.