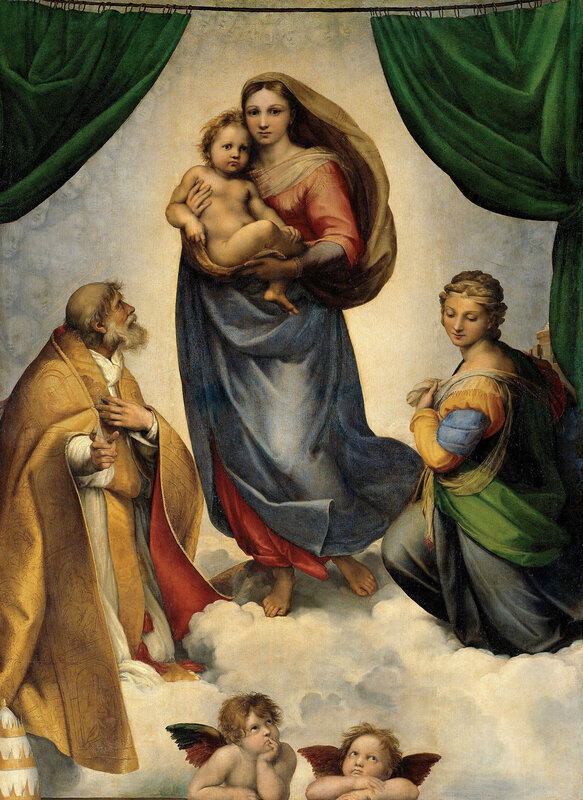 DRESDEN.- The international reputation of the Gemäldegalerie Alte Meister (Old Masters Picture Gallery) of the Staatliche Kunstsammlungen Dresden is based on such masterpieces as Raphael’s “Sistine Madonna”, Giorgione’s “Sleeping Venus”, Vermeer’s “The Procuress” or Bellotto’s views of Dresden. Although most of the Semper building is currently closed for renovation and refurbishing, the Dresden Gemäldegalerie is nevertheless providing access to these and other major works. The special exhibition entitled “Highlights of the Old Masters Picture Gallery” which is on show from 2 August until 3 November 2019 provides a condensed overview of the collection, covering the various schools and periods represented among the approximately 3,800 works held by the Gallery. The show features works by the most important painters from the early Renaissance to the Enlightenment period, such as Lucas Cranach the Elder, Albrecht Dürer, Andrea Mantegna, Titian, Peter Paul Rubens, Rembrandt van Rijn and Nicolas Poussin. The selected paintings reflect the tastes of the Electors of Saxony as well as presenting a synopsis of the history of the collection and the Gallery.

The origins of the Gemäldegalerie Alte Meister are to be found in the Kunstkammer of Elector August I of Saxony (1526–1586). From 1560 onwards, he collected curiosities ranging from natural objects to works of art, craftsmanship and scientific instrument-making. The Electors of the 17th century had already acquired important paintings. However, Friedrich August I (1670–1733), Elector of Saxony, who was also King August II of Poland, intensified this collecting activity to an unprecedented extent. As well as Roman antiquities, East Asian porcelain and masterpieces of treasury art, he also purchased precious paintings, which he obtained via agents from Italy and the Netherlands. For example, the painting “Sleeping Venus”, produced by Giorgione and completed by Titian, was one of 15 works purchased for the Electoral Kunstkammer in 1699 via the Amsterdam art dealer Charles Le Roy. 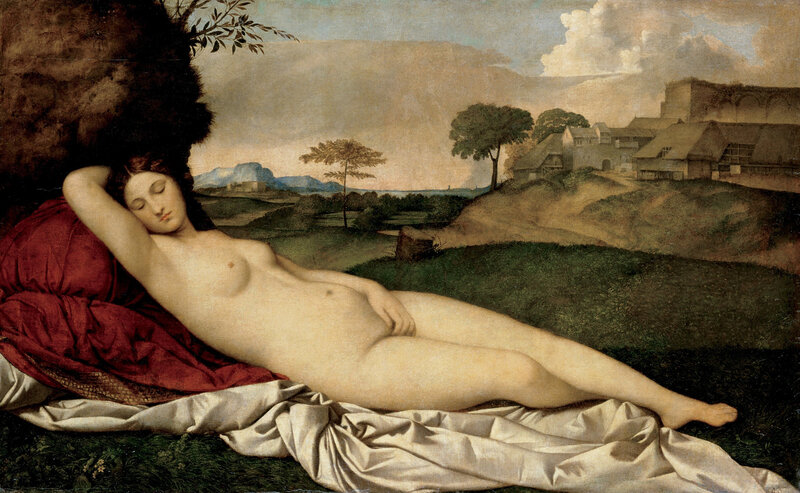 In 1718 August II had a room in the Johanneum on the Jüdenhof fitted out specifically as a picture gallery. Owing to the changed needs and demands of the 19th century, the architect Gottfried Semper (1803–1879) was commissioned in 1838 to design a new museum building. The gallery building next to the Zwinger, which was constructed in accordance with Semper’s plans, was opened in 1855 as what was then an ultramodern museum building. The architecture and the art treasures combined to form a single entity, which was unusual in those days. This effect was achieved thanks to the targeted collecting activity of August the Strong and his son August III, as well as to Semper’s sensitive feel for museum presentation. Gottfried Semper’s state-of-the-art museum building therefore had a major influence on subsequent museum architecture throughout Europe.

Since 2013 the Semper building at the Zwinger has been thoroughly renovated in an ongoing series of building phases. Structural factors and age-related wear and tear made it necessary to completely rehabilitate the building. The premise for the project was that Semper’s original concept behind the museum building should be retained. The basic historical structure was to be maintained, while such features as the visitor management scheme, emergency escape routes and barrier-free access, as well as the air-conditioning, heating and ventilation systems, were to be optimised. Despite the intensive reconstruction work, the SKD have ensured that access to the Gallery’s masterpieces has been maintained at all times through the partial reopening of the east wing, which was renovated and refurbished in the first construction phase up to 2015. It was originally intended that the interim exhibition of “Highlights” should open on 12 July 2019. However, owing to the unforeseen limited resources of the specialist companies involved, the performance of some of the necessary work has been slightly delayed.

In the final phase of the construction work the Semper building must again be closed completely from 4 November until 6 December 2019, before the Gemäldegalerie Alte Meister and the Skulpturensammlung up to 1800 will open in the freshly restored building on 7 December 2019.