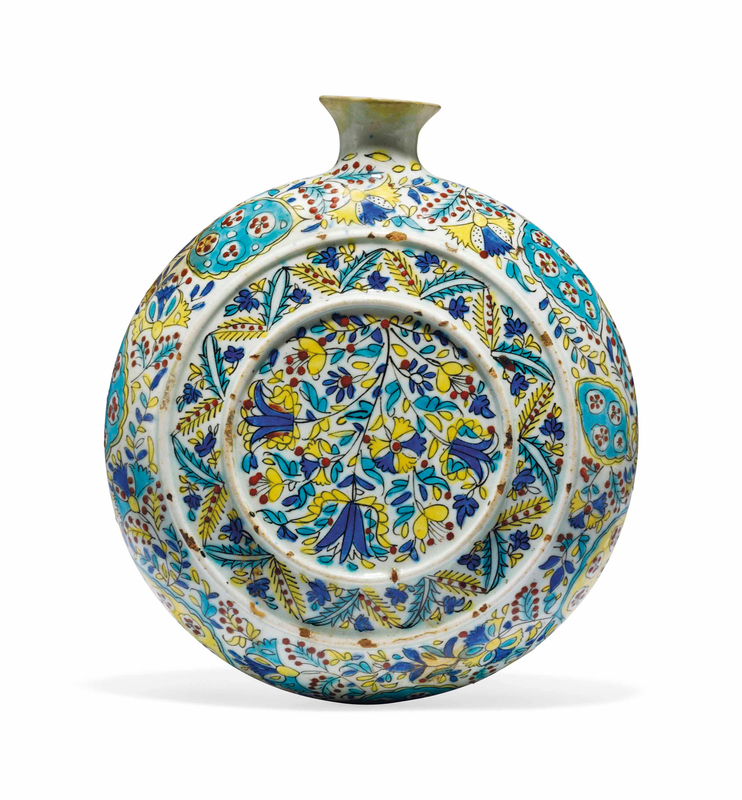 With flat rounded body and cylindrical neck with widely flaring mouth, each side moulded with two concentric circles, the white surface densely decorated in yellow, bole-red, cobalt-blue, turquoise and black with a central floral spray which grows in opposite directions to each side surrounded by minor registers of flowering vine or zig-zag leaf motifs, the border with a series of cusped cartouches filled with small roundels and on a ground of floral spray, chip to mouth, small areas of restoration.

Note: A similar pilgrim flask is in the Victoria and Albert Museum (Arthur Lane, Later Islamic Pottery, London, 1971, no.51, p.65).