BOSTON, MASS.- Following the most comprehensive painting analysis and conservation treatment the Museum has ever undertaken, Titian’s Rape of Europa is back on display as the centerpiece of the Gardner Museum’s Titian Room. Early next year, as part of a multi-venue exhibition in partnership with the National Gallery, London; the National Galleries of Scotland, Edinburgh; and the Museo del Prado, Madrid; the newly restored Europa will be reunited for the first time in more than 300 years with four other paintings from Titian’s poesie series—widely regarded as one of the most important cycles of mythological painting in the history of western art.

Commissioned by King Philip II of Spain and painted between 1551 and 1562, Titian’s poesie (“painted poems”) consist of six monumental paintings of mythological episodes inspired by the ancient Roman poet Ovid’s Metamorphoses. Acquired in 1896 by Isabella Stewart Gardner from the collection of an English aristocrat, Europa depicts the legendary founding story of Europe—the abduction of Europa by Jupiter, who has taken the guise of a bull. Painted last in the series, Europa is the only one of Titian’s poesie in America, and represents the artist at the height of his technique.

“Titian’s Europa is the most important Renaissance painting in the United States and we are thrilled to offer this opportunity for our visitors to see it back in its original context as part of this exhibition,” said Nathaniel Silver, William and Lia Poorvu Curator of the Collection.

“Bank of America knows that not only do the arts create economic value in communities, but they also educate and enrich societies and create greater cultural understanding,” said Miceal Chamberlain, Massachusetts President, Bank of America. “We’re proud to support the Gardner Museum and this groundbreaking exhibition in Boston of some of Titian’s most important works. It’s an exciting opportunity to see Europa fully restored and part of the larger poesie series.”

“We are honored to be the only museum in America to host these paintings and the exhibition’s finale. It promises to be a rare and thrilling experience for our visitors to see these seminal pictures by one of the greatest Renaissance painters reunited for the first time,” said Peggy Fogelman, Norma Jean Calderwood Director. “It is a truly unique opportunity, and we thank our partners at Apsley House, the Prado, and the National Galleries of London and Scotland for their work in making it a reality.” Europa’s restoration was completed in April and is the culmination of a process begun in May 2018 which included a comprehensive research campaign to ascertain the painting’s condition and physical composition. Along with identifying needs for cleaning and restoration, a structural assessment was performed and new conservation technologies were employed allowing for precise, non-invasive pigment analysis.

The result is the most detailed examination of Titian’s masterpiece ever undertaken, and part of a broader research collaboration with the exhibition’s partner museums to break new ground in understanding Titian’s working practices.

Structural reinforcement was the primary goal of the Gardner Museum’s conservation efforts. To ensure safe travel ahead of the painting’s overseas journey, Chief Paintings and Research Conservator Gianfranco Pocobene and his team reinforced existing canvas linings, fabricated a light-weight panel insert stretcher and re-stretched the painting onto a new support system that will serve the painting for roughly the next century.

Elemental analysis of the Europa’s surface using macro-X-ray fluorescence mapping (MA-XRF) technology revealed new discoveries, including an enhanced understanding of the distribution of pigments used by Titian and how their change over time has impacted the painting’s appearance. Infrared imaging revealed minor compositional changes made during the painting’s execution—including Titian’s rethinking of the poses of the tumbling cupids, and the position of the bull’s tail.

After considerable research and testing, Pocobene removed a yellowed layer of varnish and old restorations that obscured Titian’s vibrant colors and extraordinary brushwork. Restoration of the picture included application of a non-yellowing varnish and retouching of abrasions on the paint surface with conservation grade pigments. Europa’s restoration and the touring exhibition coincides with the Gardner Museum’s refurbishment of the Titian Room in which it resides—the third floor gallery space, home to a variety of Venetian and Spanish paintings as well as decorative arts from the Baroque and Rococo periods.

Similar to the restoration of the Raphael Room, completed in 2017, refurbishment of the Titian Room will result in a gallery that most closely reflects the Room as installed by Isabella in her lifetime. Project highlights include improved lighting as well as restoring portions of the wall upholstery, the entirety of the flooring, and select collection object throughout the room. Circle of Giovanni Bellini’s Christ Carrying the Cross (about 1505-10), widely believed to be Gardner’s personal favorite in the collection, will also undergo structural treatment to stabilize the wood panel support, cleaning and restoration.

Treatment of the Titian Room objects began in June 2019, and will continue in phases through April 2021. The Titian Room will be open to the public during the majority of the restoration project, allowing visitors the unique opportunity to see firsthand the work in progress.

Following the conclusion of the three month Titian exhibition in Hostetter Gallery, Europa will be returned to its home in the Titian Room in May 2021. 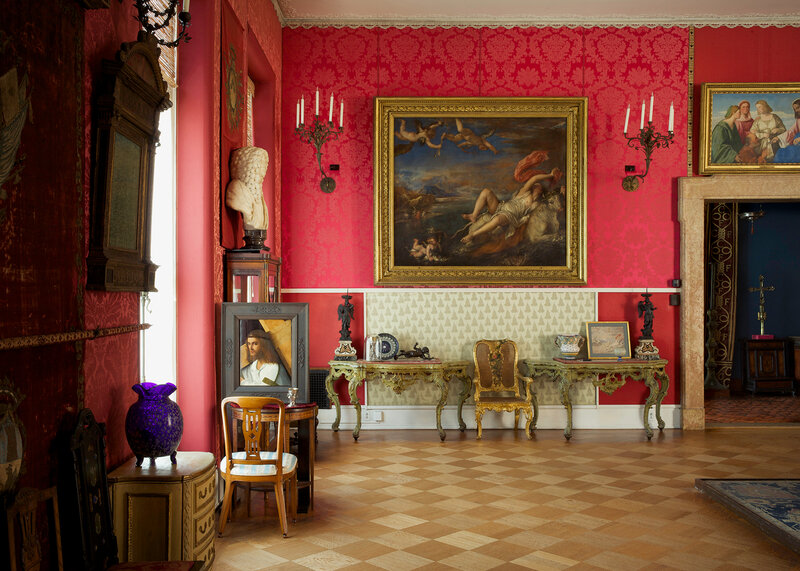 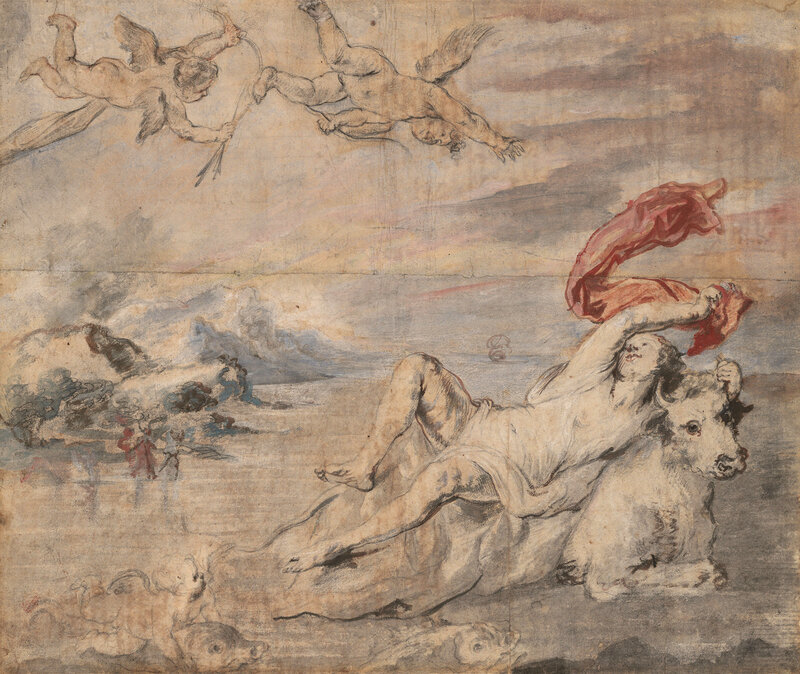