Major exhibition explores the romantic fascination with the Scottish Highlands

Major exhibition explores the romantic fascination with the Scottish Highlands

EDINBURGH.- A major exhibition at the National Museum of Scotland this summer tells the fascinating story of how tartan, bagpipes and rugged, wild landscapes became established as enduring, internationally recognised symbols of Scottish identity and how Scotland became established in the popular imagination as a land of wilderness, heroism and history.

Wild and Majestic: Romantic Visions of Scotland spans the period from the final defeat of the Jacobites at the Battle of Culloden in 1746 to the death of Queen Victoria in 1901. The exhibition explores the efforts made to preserve and revive Highland traditions in the wake of post-Jacobite persecution, depopulation and rapid socio-economic change. It shows how Scotland’s relationship with the European Romantic movement transformed external perceptions of the Highlands and was central to the birth of tourism in Scotland. These developments would in turn influence the relationship between the Hanoverian royal family and Scotland, particularly George IV and, later, Queen Victoria. Dr Patrick Watt, exhibition curator, said: “This is a contested, complex history, and also a fascinating one. There are competing claims, still, over the extent to which those symbols of Scotland we see today are Romantic inventions, or authentic expressions of an ancient cultural identity.

"Using material evidence, we examine the origins and development of the dress, music, and art which made up the Highland image. We show how cultural traditions were preserved, idealised and reshaped to suit contemporary tastes against a background of political agendas, and economic and social change.” Through rich displays reflecting the colour and flamboyance of the Highland image, visitors encounter key developments such as the Ossian controversy, the over-turning of the ban on Highland dress, the pageantry around King George IV’s visit to Edinburgh in 1822, the Highland tourism boom, and the creation of a Romantic idyll for Queen Victoria at Balmoral.

National Museums Scotland has partnered with Sabhal Mòr Ostaig College on Skye, part of the University of the Highlands and Islands (UHI), on the production of content for the major summer exhibition. Throughout the exhibition, the influence of Gaelic language and culture, and the impact of these developments on it is being shown through objects, text and film. The primary exhibition text are presented in both English and Gaelic. 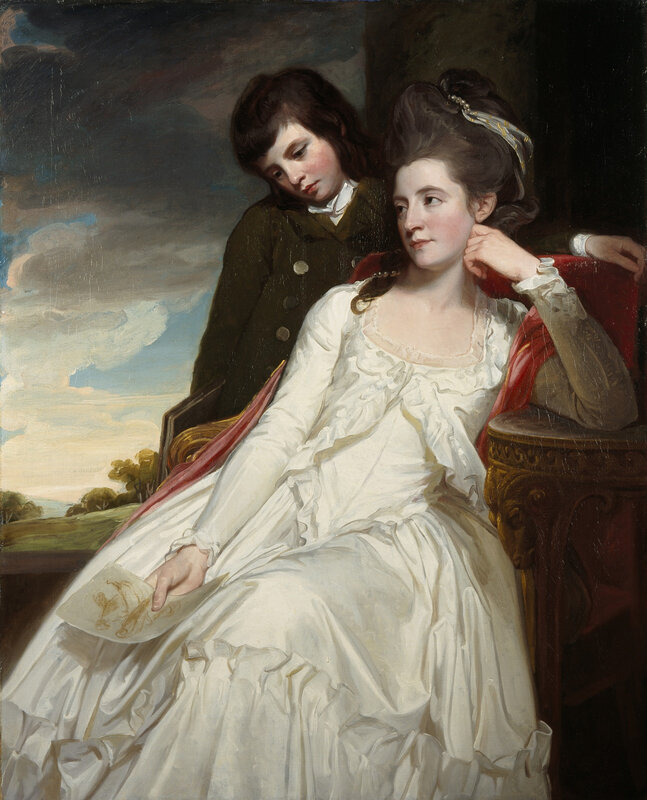 The Romantic period undoubtedly coloured perceptions, both at the time and to this day to the extent that the popular images of Highland culture are sometimes dismissed as a 19th century fabrication. However, the exhibition stresses the deep historical roots underpinning the Romantic image. The heritage of clan tartans is introduced in portraiture in the extravagant dress of the Laird of Grant’s piper and champion painted by Richard Waitt in 1714. The bagpiping tradition is introduced by oldest known Scottish chanter, which belonged to Iain Dall Mackay, a piper and composer born on Skye in 1656.

Following the final defeat of the Jacobites in 1746 at the Battle of Culloden, there were reprisals across the Highlands. The power of the Clans was dismantled, male civilians were banned from wearing Highland dress, and Gaelic culture was disparaged, The ban on tartan did not apply to those men who enlisted in the newly raised Highland Regiments of the British Army.. The heroic image of the tartan-clad Highland soldier went on to become an icon of the military power of the British Empire, and the ideal of the heroic Highland warrior would recur throughout the nineteenth century. In the 1760s the literary culture of the Scottish Highlands and Islands was introduced to the world. Highland schoolmaster and poet, James Macpherson, claimed to have researched, collected and translated the fragments of ancient poetry of Ossian, a legendary 3rd century Gaelic bard. Despite a raging controversy over its authenticity, MacPherson’s work was translated into multiple languages and admired by many influential European writers, artists and composers. A first edition volume is being shown, as well as artwork inspired by Ossian, and the Red Book of Clanranald, one of the Gaelic manuscript sources Macpherson consulted. Robert Burns travelled the Highlands, looking for poetic inspiration. His publisher, George Thomson, commissioned major European composers to set Scottish songs to music, including a version of Burns’ Highland Harry scored in the original hand of Ludwig Van Beethoven.

From the late 18th century, visitors were drawn to Scotland in increasing numbers, attracted to locations depicted in romantic paintings, prints and literature. Many artists, writers and musicians visited, often on personal pilgrimages inspired by the lasting influence of Ossian, or the fame of Burns, Sir Walter Scott and others. Works by major figures, including Wordsworth, Turner and Mendelssohn – all of whom met with Scott during their travels - inspired more people to seek out the places evoked in music, art and literature for themselves., Dorothy Wordsworth’s travel journal, Mendelssohn’s sketchbook and his original score of the Hebrides Overture, and a silver urn gifted from Byron to Scott after the two literary giants met in 1815 all feature in the exhibition. 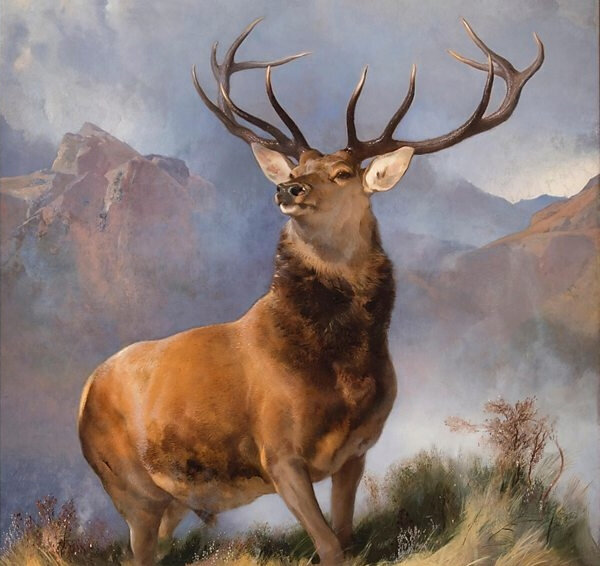 Seeing change all around them, influential Highlanders made efforts to preserve elements of traditional Gaelic culture, even as they promoted a new rural economy whose human impact we now know as the Highland Clearances. The exhibition looks at the early Highland societies, and their material legacies, including the standardisation of the Great Highland Bagpipe which we know today, and the codification of clan tartans, through the first gathered samples dating to 1815. The Highland Society of London championed the image of the Highland soldier, commemorating military exploits through the commissioning of medals and trophies, and successfully campaigned for the repeal of the legal ban on Highland dress in 1782. The Repeal of the Act of Proscription was issued in both English and Gaelic, and the Gaelic version is being shown.

With the Jacobite cause extinguished as a political and military threat, the Hanoverian Royalty began to embrace and champion their own Stuart lineage, and gestures were made towards healing the divisions of the previous century. This was shown most vividly in the Highland pageantry associated with the events stage-managed by Sir Walter Scott during King George IV’s visit to Edinburgh in 1822. A parade of ceremonial costume give a flavour of this spectacular, if controversial, event along with contemporary accounts and the tartans and weaponry which Sir Walter Scott encouraged people to wear for the occasion. It was the young Queen Victoria who took this royal fascination to new heights. Following a series of royal visits to the Highlands, the Queen and Prince Albert acquired the Balmoral estate. Later, with the death of Prince Albert, the estate became a Highland retreat from the realities of court and government for Queen Victoria. Balmoral helped to ensure that the ideal of the Scottish Highlands which emerged from the culture and politics of the late 18th century would endure, even as fashions and attitudes to history changed. Among the objects on display are a tartan dress worn by a young Victoria, a brooch she gifted to famed piper John Ban Mackenzie and a mourning pin she had made to commemorate her Highland servant, friend and confidant John Brown. The Red Book of Clanranald, written in Gaelic by the bards of Clanranald in the 17th and 18th centuries, containing poems and the traditional genealogy and history of the Macdonalds, one of the manuscripts which James McPherson consulted whilst researching Ossian. © National Museums Scotland Basket hilted broadsword presented to Lieutenant Colonel David Stewart of Garth 1808 by officers of the battalion and worn by him during King George IV's visit to Edinburgh. © National Museums Scotland Ledgers of tartan samples formed by the Highland Society of London, c. 1820. The Royal Company of Archers was the official King’s Body Guard during the royal visit. Their uniform, pictured here, was redesigned for the event to appear more romantic, with puffed sleeves, a large neck ruff and eagle feathers fixed to the bonnet brim. © National Museums Scotland Part of the uniform of a member of the Royal Company of Archers, c. 1820. © National Museums Scotland Glass used at the banquet given in honour of George IV during his visit to Edinburgh in 1822. © National Museums Scotland Woman's high-waisted dress of silk, with a lace-trimmed bodice and a band of white satin on the skirt, worn by Mrs Macpherson of Cluny: Scottish, 1832. © National Museums Scotland Silver plaid brooch set with a cairngorm in the centre and a ring of sixteen carbuncles round it, worn by the chiefs of Clanranald, mid-19th century. © National Museums Scotland