An Imperial yellow-glazed dish, Zhengde six-character mark in underglaze blue within a double circle and of the period (1506-152

An Imperial yellow-glazed dish, Zhengde six-character mark in underglaze blue within a double circle and of the period (1506-152 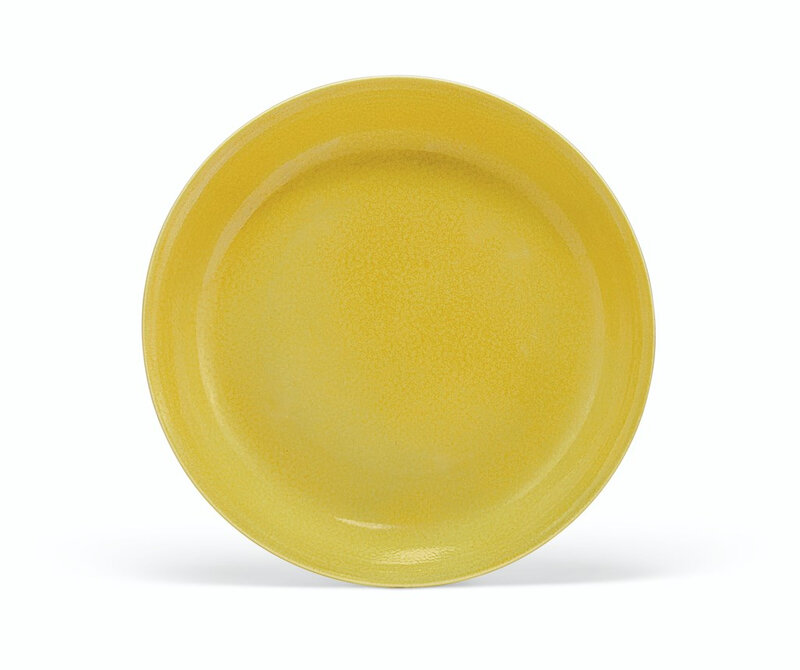 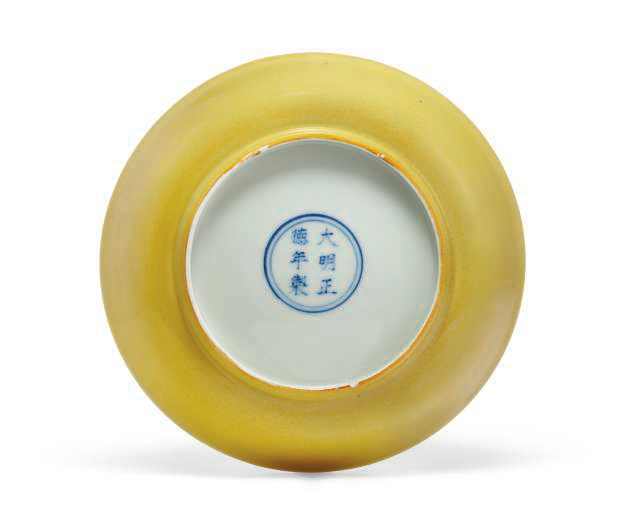 The dish is raised on a low tapering foot ring and has rounded sides flaring to an everted rim, and is covered inside and out with a glaze of rich egg-yolk yellow.

Note: Monochrome yellow glazes were typically used to decorate dishes and bowls in the late 15th-16th centuries, such as the present dish. Although they are believed to have been manufactured for the sole use of the imperial court, it appears that some also found their way abroad, probably as diplomatic gifts. John Alexander Pope mentions that there are sixteen monochrome yellow-glazed wares amongst the Chinese porcelains dedicated to the Ardebil Shrine by Shah Abbas in 1611. These sixteen pieces date to the Hongzhi, Zhengde, Jiajing and Wanli periods. See J. A. Pope, Chinese Porcelains from the Ardebil Shrine, Washington, 1956, p. 151.

For two similar dishes, one slightly larger and the other slightly smaller than the present example, see J. Harrison-Hall, Ming Ceramics in the British Museum, London, 2001, p. 205, nos. 8:27 and 8:28. Another similar dish was sold in Marchant: Nine Decades in Chinese Art; Christie's New York, 14 September 2017, lot 735.

Commentaires sur An Imperial yellow-glazed dish, Zhengde six-character mark in underglaze blue within a double circle and of the period (1506-152