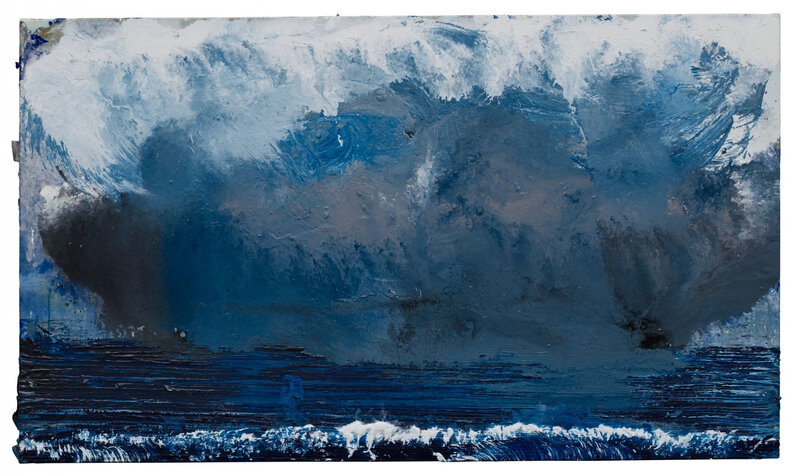 The following text, written by Olivier Berggruen, elaborates upon the themes and works included in the exhibition:

In the late nineteen-eighties Miquel Barceló traveled throughout the West African Dogon Country. During the course of his nomadic wanderings—amidst the immensity of the land, a harsh sun whose rays projected an intensity that enveloped all things—he was struck by the pottery made by local women. There was a miraculous quality to these ceramics, forged in a land seemingly inhospitable to creation. For Barceló, they evoked the passage of time and the transformation of elements, from water to clay, not unlike ancient Andalusian vessels ravaged by time.

Whether in painting, drawing, ceramics, or bronze sculpture, Barceló has continuously experimented with the materials of his art, surfaces and textures, drawing extensively on the earthly materiality of the Mediterranean world of his youth. At the time of the collapse of Franco’s long reign, as he was beginning to find his artistic voice, he created a series of conceptual works that explored the behavior of matter, the elemental, and the effects of decomposition; these early works featured wooden and glass boxes containing decaying foods and other unorthodox, organic materials. Later, he became interested in the process of undermining the act of painting by burning or scratching the surface of his canvases. His ceramics involve transformation and metamorphosis as well, turning the initial object into something else (as Picasso had experimented in Vallauris), a language of exposed cracks and fissures providing an apt metaphor for the ravages of time. It may be commonplace to say that Barceló’s work is suffused by the white and blue water, a palpable sky, the cliffs and caves by the sea: the rich, variegated textures of stalactite cave-forms, abundant fauna and flora, the dry earth of his native Felanitx on the island of Mallorca. The sea, populated by countless creatures—octopus, squid and fish—points to a world marked by flux and transience, affirming the liquidity of solid forms and vice versa. A sense of tactility wedded to transience informs and deforms these works—we encounter each shape in a state of becoming, color modifying color and form modifying form, if only provisionally.

The feeling of communion with nature is borne out of the “discovery of unsuspected relations from one element to another”, as the French poet René Crevel once put it. A stalactite, a broken vessel, an octopus, a stone, the burnt earth, a desertic flower, algae—Barceló studies their color, shape and structure. The veins of a leaf, the intricate grooves of tree-bark, a snail's spiral shell: this vast dictionary of forms is endlessly reproducible, to be salvaged or recreated through growth, repetition or extension. The ceramics shown at Almine Rech Brussels bear the traces of a process that also constitutes a ritual offering. Barceló has a natural affinity for terracotta and pottery made out of mud. Vessels are shaped, the clay still wet, by the artist’s fingers, hand, palm, and elbows, the gestures leaving visible traces on the ceramics. The artist thus reminds us of ancient, traditional gestures restaged and reinvented. Ritual is not only deeply tied to Barceló’s conception of art, but it offers a means of breaking away from artistic conventions. The work reflects a desire to excavate the fragments of a more or less distant past, shards of memory. As a form of excavation, it aims to reclaim and rewrite the deposits of this past, to salvage fragments. This lost terrain can only be recreated through an act of imagination.

Like the destructive actions alluded to earlier, and not unlike Shiva in the Hindu pantheon, the artist destroys by fire all earthly forms in order that creation can again be affirmed. Knowing that to destroy is to create, all forms and bodily imprints left behind by the artist are, to some extent, provisional. Barceló once declared, “Art emerges like a metaphor of the universe in motion.” By extension, no form created by the artist or, for that matter, perceived by the viewer, is to be accorded the character of a fixed entity. So, while each piece of ceramic has a form, we acknowledge its transitory character, for it has to be integrated into the cycle of becoming—its manifestation will inevitably be followed by silence and rebirth. 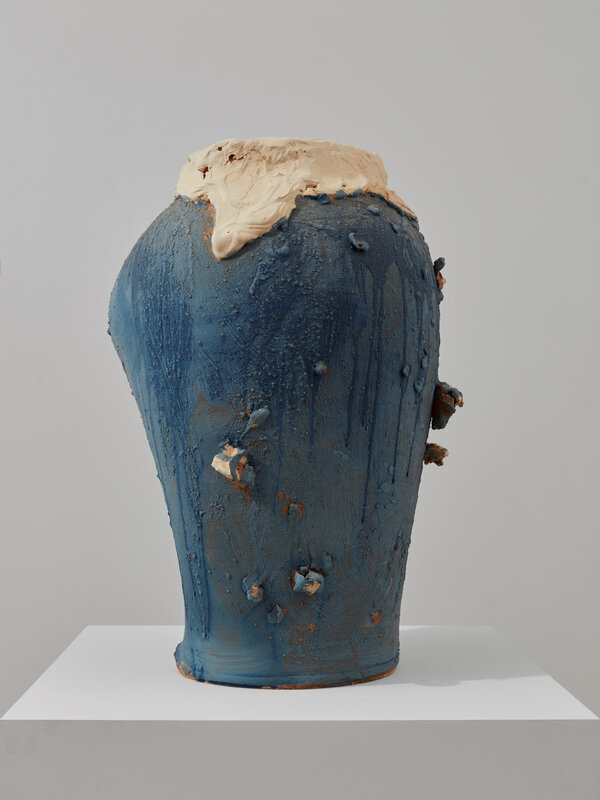 The work is the outcome of a precarious equilibrium: between perpetual motion—the cycle of expansion and retraction involved in the making of pottery—and the point of suspension, that brief moment during which the object’s configuration in space has found a moment of stillness, arrested time. The artist temporarily relinquishes his quest for movement in order to become a physical object—akin to a sculpture—in which the passing of time is temporarily halted.

The artist has stated that his works—ceramics, paintings and luminous works on paper—are anything but fully formed in his mind before being produced; their genesis is subject to chance and accident; there is a transmutation of elements in these biomorphic forms, suggesting the transformation of matter characteristic of the sea and its interaction with the soil and sky. The fluidity of such forms also affects our perception of space. Form is achieved through color, as color is given the ability to define both shape and space, including in two-dimensional works. Textures are therefore imbued with a heightened materiality, the result of various deposits of time and memory, thus achieving a sense of what Georges Bataille termed “cosmic excess."