HONG KONG.- Sotheby’s Hong Kong Fine Classical Chinese Paintings Sale on 6 October 2019 will be led by two important paintings produced by practising monks during the Qing Dynasty: Bada Shanren’s Melons and Brackens and Shitao’s Ink Bamboo. Additional highlights include a set of three albums of calligraphy by Yun Shouping, and a set of manuscripts and a rare draft of an imperial poem by the Qianlong Emperor.

The sale also boasts works from several important private collections, including the second part of The Howe Collection, distinguished by elegant calligraphy pieces by Guangdong artists; Buddhist paintings and calligraphy of the Song and Yuan dynasties from A Private Japanese Collection; as well as Paintings and Calligraphy from an Asian Private Collection, which features a rare and completely fresh-to-the-market scroll by Chen Chun, Calligraphy in Cursive Script.

Steven Zuo, Head of Classical Chinese Paintings, Sotheby’s Asia, commented: “This autumn, the Fine Classical Chinese Paintings sale will offer over a hundred exquisite paintings and calligraphy works by Ming and Qing masters, headlined by two important works by the ‘Four Monks’ of the early Qing dynasty: Melons and Brackers by Bada Shanren and Ink Bamboo by Shitao. Vivid depictions of nature, both paintings are sublimely skillful manifestations of the artists’ use of ink and brush, deployed with a minimalist technique that leaves nothing unsaid. Also not to be missed is a set of calligraphy works with impeccable provenance by Yun Shouping, which contains letters, inscriptions of paintings and poems.”

Bada Shanren lived a simple and modest existence as a monk and produced many small-format works due to a lack of space and resources – Melons and Brackens is a classic example. Though the work is undated, it can be inferred that this piece was produced after the artist’s return to a secular way of life. Born into the illustrious Ming dynasty, Bada Shanren escaped to a monastery when Beijing fell to the Manchu army, just as the Qing dynasty was born. At the time, melons were used as potent symbols to represent the feelings of survivors of the previous dynasty, whilst two slanted melons referenced the doctrine of monism. The brackens are a metaphor for a humble life and and potential unfulfilled.

This painting is further distinguished by its provenance, having been previously owned by a renowned art connoisseur from the early years of the Republic of China, He Bin Sheng (何賓笙) who also owned another famous painting by Bada Shanren which is now housed in the Palace Museum. The sale marks the painting’s first-ever appearance at auction.

Shitao was one of the most famous painters of his time, renowned for his revolutionary methods. Ink Bamboo originates from Zhang Daqian’s ‘Da Feng Tang’ collection and comes to the market in the original wooden box inscribed by Zhang Daqian. With great success, Shitao succinctly captures the image of bamboos swaying in the wind, in the impressionistic style of both thick and light brushstrokes.

This piece was exhibited in the National Museum of History’s ‘Four Monks of the Late Ming’ exhibition in 1978 in Taipei and was published in the Calligraphy and Paintings of Four Monks of the Late Ming. The work also appeared in different editions of Calligraphy and Paintings by Shitao published in Hong Kong, Tokyo and Taipei during the 1960s through to the 1990s.

A prominent painter and calligrapher, Yun Shouping was regarded as one of the ‘Six Masters’ of the early Qing dynasty. This lot is a set of three albums: the first album is a collection of letters dedicated to Yun Shouping’s friends and relatives; the second is a compilation of poems; the third comprises drafts of his inscriptions, revealing his views on classical paintings and his creative thinking. As such, this set is the ideal text for studying Yun’s calligraphy. According to the seals, the three albums were collected by Zhang Peidun (1772-1846), a famous painter from the Qing period; Qian Tianshu (1778-1841), a renowned collector from the Qing period, and Guan Dejun (1903-1999), a scholar and a government official.

Paintings and Calligraphy from an Asian Private Collection

Property from a Japanese Private Collection

Paintings and Calligraphy from an Asian Private Collection

Property from a Private Japanese Collection 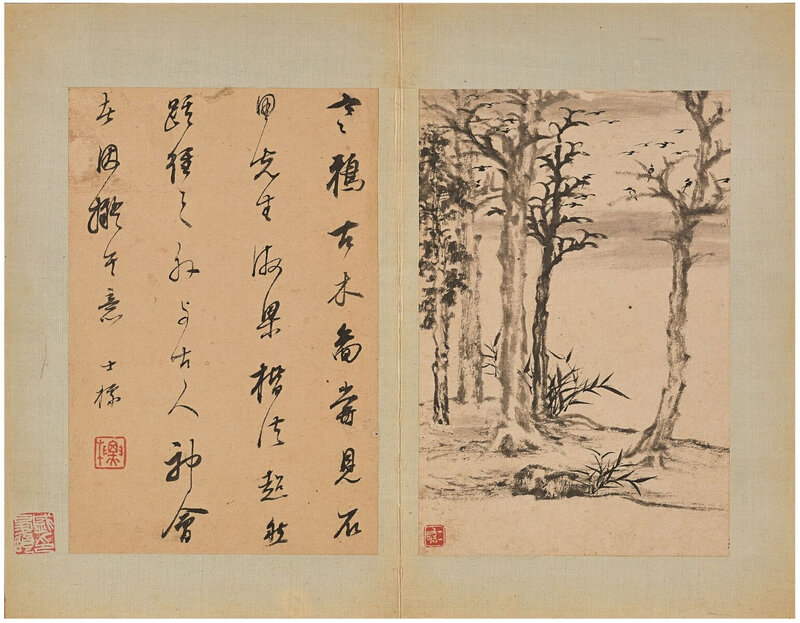 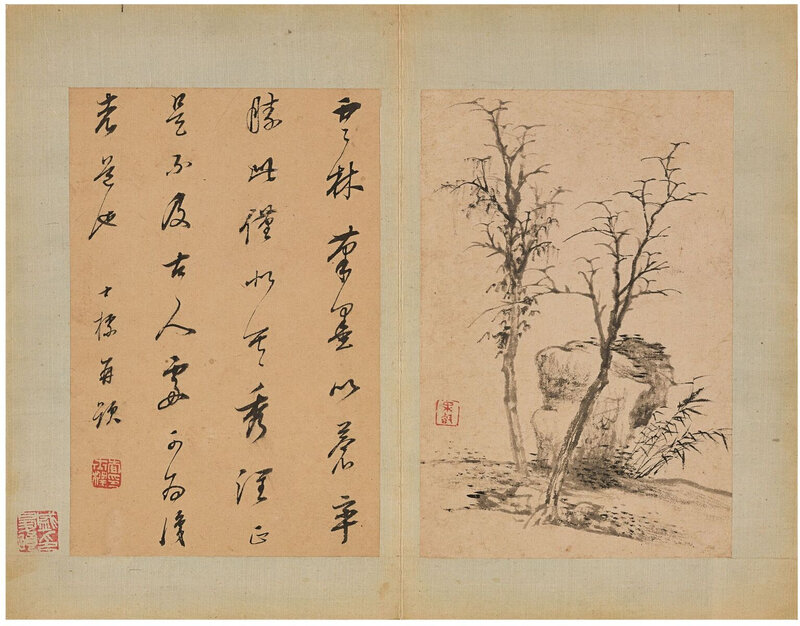