NEW YORK, NY.- Phillips’ first Photographs sale of the fall season will be held on 1 October. The auction will include 250 lots with exceptional prints by Marina Abramović, Robert Mapplethorpe, Hannah Wilke, Cindy Sherman, Hiroshi Sugimoto, Robert Frank, and Peter Beard, among others.

Sarah Krueger, Head of Department, Photographs, New York, said, “Continuing on the momentum built in Phillips’ spring season, our October sale in New York will offer fresh-to-the-market works including our cover lot by Marina Abramović and a rare, large-scale Hannah Wilke. We are also thrilled to bring to auction two remarkable private collections, both featured in special sections in the catalogue, including The Feminist Thread from collector Helen Kornblum and World View.”

One important lot is Robert Mapplethorpe’s Lily, 1987, a stunning work in which he blurs the distinction between photography and painting by placing his platinum flower study, printed on linen, within a black field of stretched fabric. This dynamic composition showcases Mapplethorpe’s skill as a photographer and as a master in presenting images as elegant and immersive physical objects. Lily is unique, and this is the first time the work has been offered at auction. 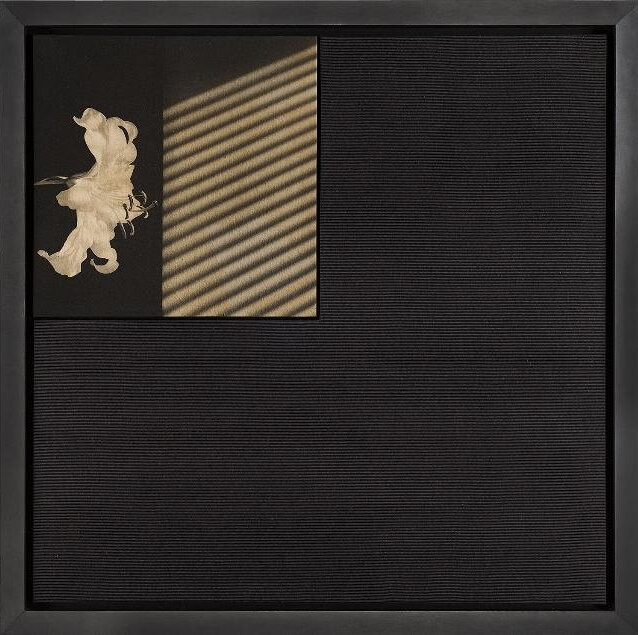 As with Mapplethorpe’s Lily, Marina Abramović’s Cleaning the Floor will be offered at auction in October for the first time. For over four decades, the self-proclaimed “Grandmother of performance art” has vigorously devoted her life to executing commanding works, including Cleaning the Floor, a 2004 performance that embodies Abramović’s exploration into femininity and domesticity. The print on offer captures and eternalizes a palpable moment long after the performance’s conclusion. It was featured on the cover of the December 2009 ARTnews issue, The Feminist Evolution, in celebration of Abramović’s highly anticipated performance, The Artist is Present at the Museum of Modern Art, New York. This print has been privately held since purchased in 2005. Richard Mosse’s Remain in Light is another contemporary highlight. In 2012, Mosse embedded himself with rebel and military groups in the Democratic Republic of Congo to document the country’s seemingly endless cycle of warfare. For this project, titled Infra, he used Aerochrome, a film originally produced for the military that renders foliage in intense red and pink hues. Mosse’s work maintains a unique position between reportage and art, and Remain in Light is a prime example. 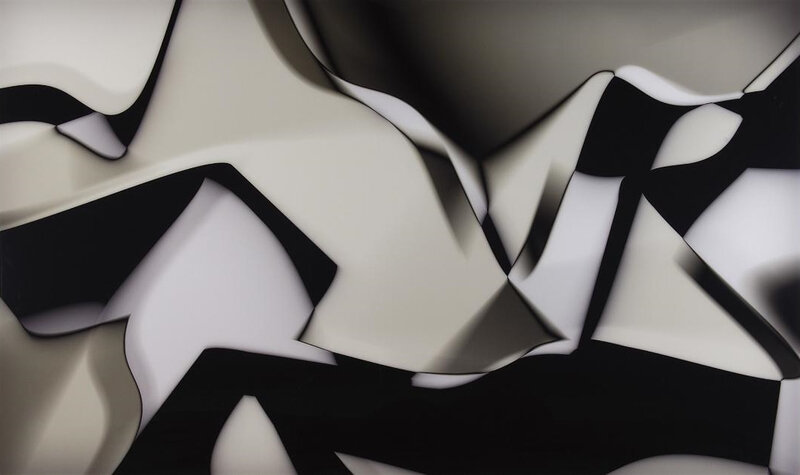 Classic highlights include seven early Berenice Abbott photographs, all taken in the 1930s when New York City was rapidly changing. In Abbott’s photographs, old and new are treated with equal weight and an intelligent and inclusive objectivity, and this selection gives us the opportunity to see her work in its original form. Additional 19th and 20th century classic highlights include an album of salt prints of India by Captain Linnaeus Tripe, and a selection of prints by Walker Evans, Robert Frank, Irving Penn, Richard Avedon, and many more.

The Feminist Thread
Phillips will offer The Feminist Thread: Photographs from the Collection of Helen Kornblum in the October sale. This selection of 17 lots from the collection contains classic images by luminaries in the history of photography, as well as pioneering works by critically acclaimed contemporary artists. That they are primarily by women is no coincidence. Over 40 years ago, when Kornblum first conceived this collection, she made a conscious effort to shift the public’s attention to women artists. Thanks to the devoted efforts of Kornblum, curators, museums, gallerists and writers, there is today a growing awareness of the cultural and institutional blind spots that limit us from the full spectrum of who creates art.

Hannah Wilke’s S.O.S. Starification Object Series (Performalist Self-Portrait with Les Wollam), 1974 is among the top lots from the collection. In this celebrated series, Wilke molded chewing gum into vaginal forms which she then placed across her face and body. Wilke’s work is widely recognized for its vast exploration of sexuality, feminism, consumption and desire, of which the present lot is among the finest examples. This print is believed to be one of only two prints in this large-scale format in existence, with the other print being held in the collection of the Whitney Museum of American Art, New York. Cindy Sherman’s Untitled #197, 1989, will also be offered from the collection and is one of the earliest images from her History Portraits series. Additional works from The Feminist Thread include Catherine Opie’s Mendenhall Glacier and Waterfall, 2007, Nan Goldin’s Gina at Bruce’s dinner party NYC, 1991, and Berenice Abbott’s Snuff Shop, 113 Division Street at Orchard Street, 1938. 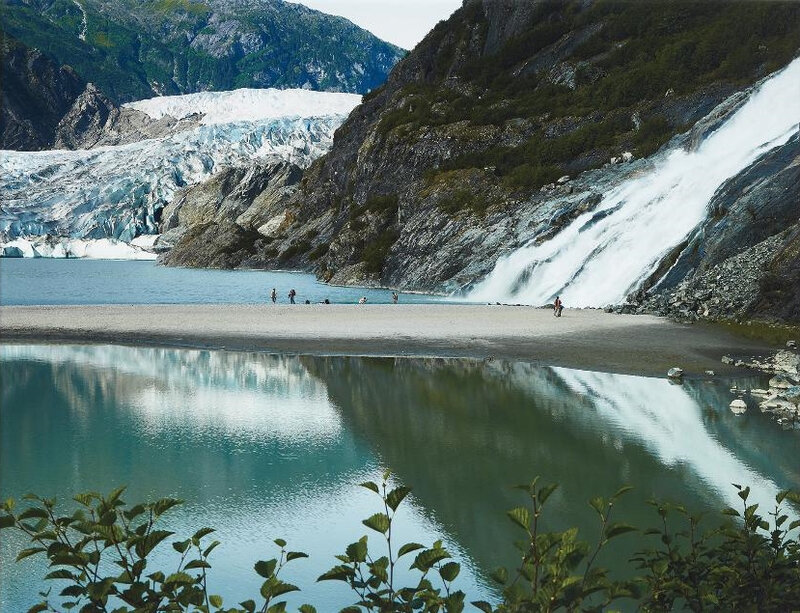 World View, property from a Private Collection
The October auction will also include over 40 lots from World View: Property from a Private Collection. World View was formed over the course of twenty years and includes images encapsulating the human experience. This dynamic collection includes a wide-ranging group of photographs which, when combined, display the remarkable diversity of photography in the 20th and 21st centuries. Among the highlights from the collection are Dave Heath’s Maquette for Contemporary Photographer, 1963, The 1974 André Kertész Guggenheim Set, and Robert Frank’s Covered Car— Long Beach, California, 1955-1956. 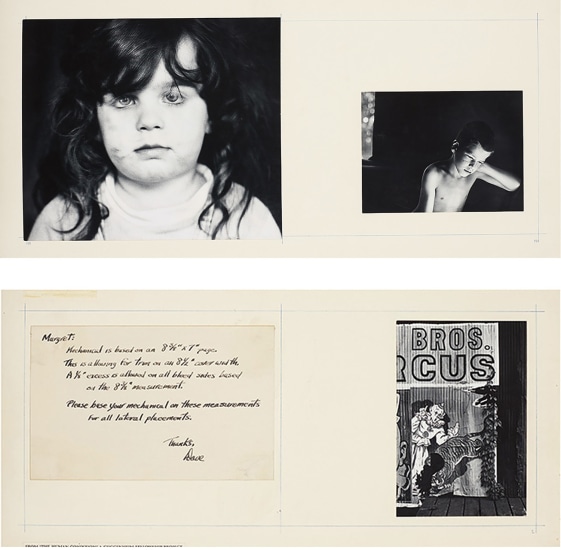 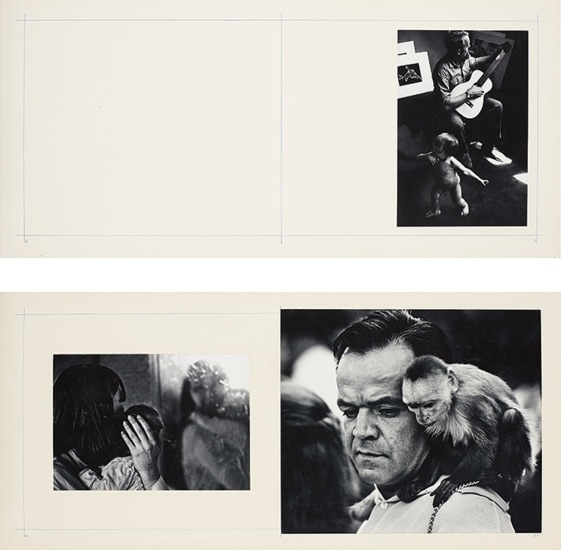 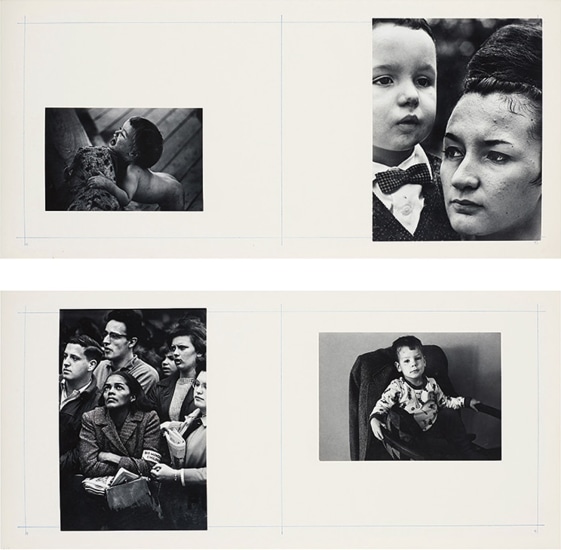 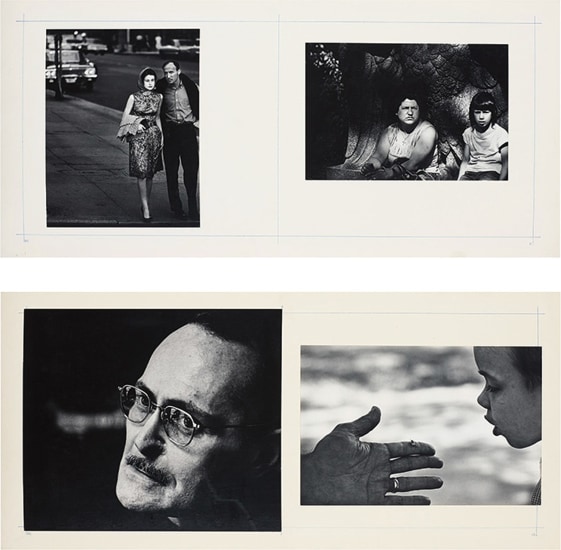 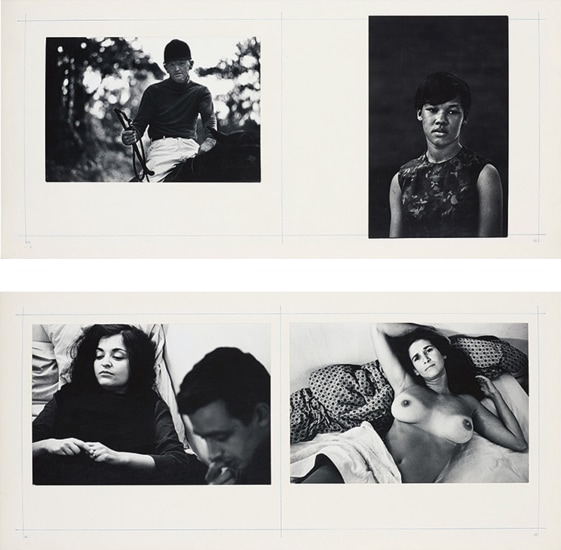 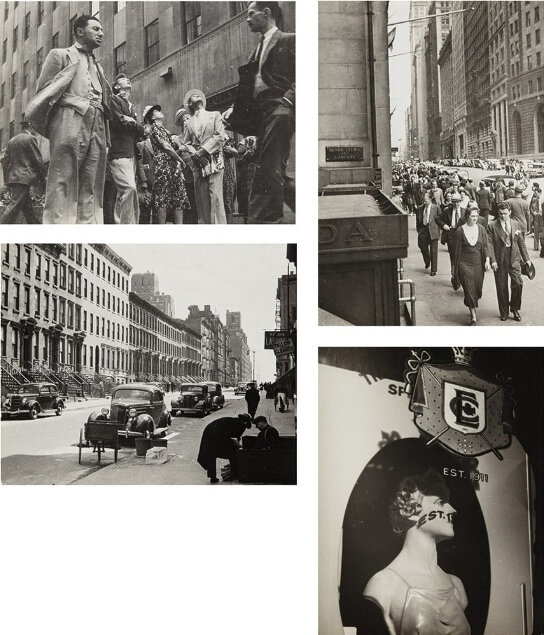 Lot 135. André Kertész, The 1974 André Kertész Guggenheim Set, 1930s. A unique set of ten gelatin silver prints. Each approximately 3 1/2 x 4 1/2 in. (8.9 x 11.4 cm) or the reverse. A suite of ten photographs, one signed in pencil, '67 West 44th St' (Phillips #2) and credit (Phillips #4) stamps on two different prints, and occasional notations by the artist and others in pencil, all on the versos; each matted, the mats bound within a presentation volume. Folio, gilt-lettered leather-backed boards, a printed chapter on André Kertész excerpted from Brendan Gill's A New York Life inserted in the rear pastedown; all housed in a custom clamshell box with black lettered spine. Estimate $40,000 - 60,000. Image courtesy Phillips. 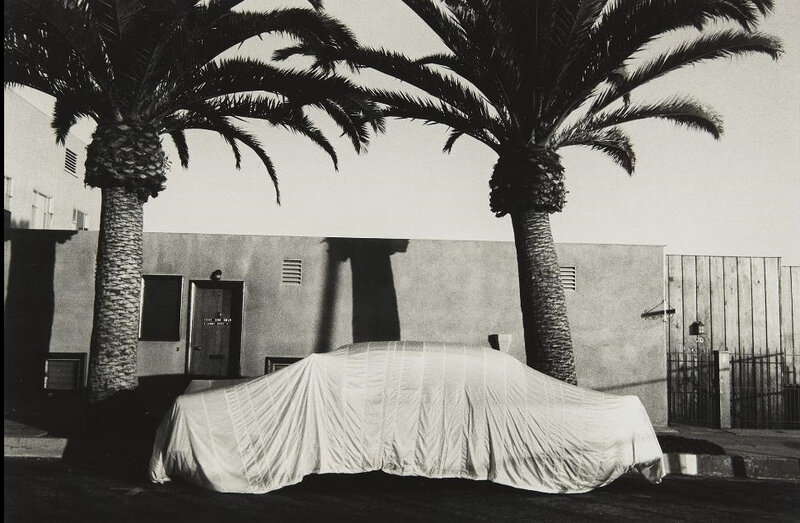