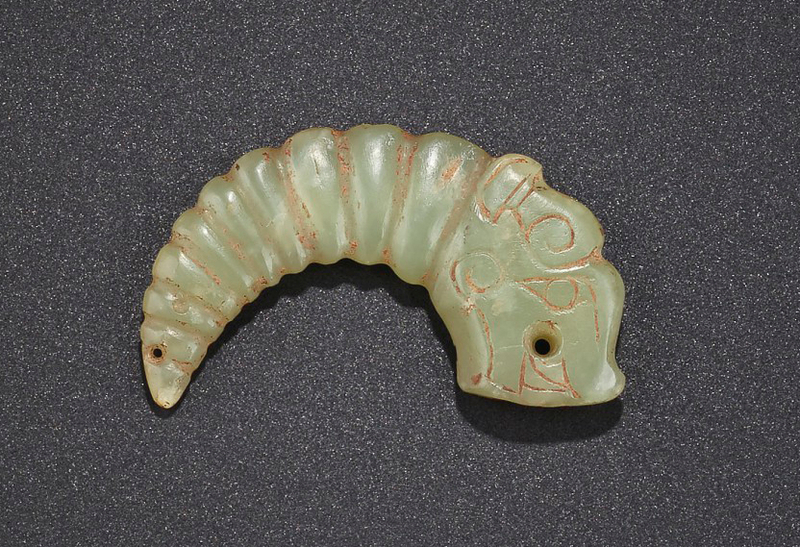 The pendant of curved shape has the head of a bottle-horned dragon and the body of a silkworm and is pierced with one hole at the mouth and another in the tail. The semi-translucent jade is of pale green color with a yellowish tinge.

Note: A very similar late Shang-Western Zhou yellowish-green jade dragon-silkworm pendant was sold at Christie’s New York, 2 December 1993, lot 169, and was subsequently illustrated by Jenny F. So in Chinese Jades from the Cissy and Robert Tang Collection, The Chinese University of Hong Kong, 2015, p. 69, no. 10c. The author notes, p. 70, that small, finely worked ornaments such as the current example “formed parts of elaborately strung personal ornaments, worn around the neck, wrist, or ankles.”